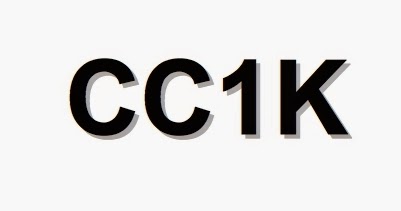 On July 3rd, 2012 we started our official daily publication cycle, and since then we never looked back.  Today is March 29, 2015 and this marks the 1000th consecutive publication day by the Cigar Coop brand.  It’s an achievement we are really proud of. For lack of a better term, we will call it CC1K.

Some sites set monthly or annual post quotas.  While we don’t have a problem with that, we take a different approach. We strive to achieve fresh and original content every day – with no off days of publication.

It was back in June of 2012 when I contemplated with the idea of going to a daily publication cycle. I felt there was a wealth of information to report and plenty of cigars to assess.  I soon wondered if it could actually be pulled off.  That July 3rd date was the start and it was a soft start because it was the time period of the weeks leading up to the 2012 IPCPR Trade Show.  By late August most of the IPCPR wrap-up was done and now it was time to see if this could actually be pulled off.

Many changes were added along the way.  Cigar Coop merged with Stogie Geeks and we created what I term a “cigar media ecosystem” – namely leveraging the power of the written word (Cigar Coop) with an online broadcast (Stogie Geeks).   Since then, we added a production studio, invested in equipment, and worked hard to make sure the two brands are integrated.  We made an effort to steer away from “churnalism” and “cut and paste” journalism and focused more on our own content.

As we continued the momentum, the question I always had is how long could this go?  1000 days later, I still ask the same question. Whether there will be a CC2K story on December 23, 2017 is definitely premature.

Over these 1000 days, there have been a lot of changes in the cigar industry.  The cigar industry is much different today than it was on July 3rd, 2012.  So today we turn back to the clock and take a look at the Cigar Industry back 1000 days ago.  A lot has changed since then.  Regulation in the U.S. real.  Many cigar companies have come and gone while others have moved around.  While by no means a complete list, here are some highlights of those changes:

Thank you to our readers, audience, sponsors, and supporters over the long haul!