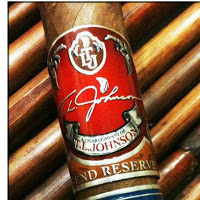 T.L. Johnson Cigars made the following announcement on its Facebook:

Update: On Monday, Luis Sanchez of La Tradicion Cubana responded to the announcement:

The two companies first announced they were coming together in 2013.  Their collaborative efforts included the resurrection of the Counsellor Cigars line as well as a joint farming and leaf processing operation called Compania de Siembra Hojas de Tradicion Announced. T.L. Johnson has said they will now handle production of the Counsellor in their new factory.