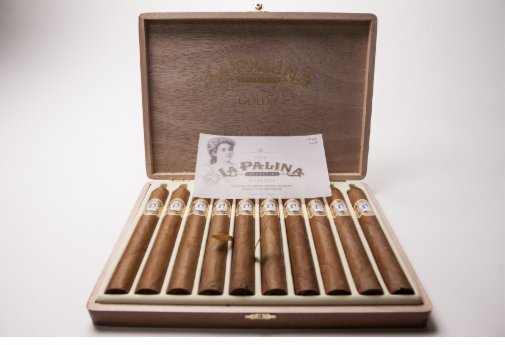 The Goldie is an annual limited edition cigar that is under the La Palina Collection line. There will be 2,000 signed and numbered boxes of ten of the La Palina Goldie Robusto Extra to be produced.

At a glance, here is a look at the La Palina Goldie line:

The following is the blend that has been featured on previous editions of the Goldie. As with the previous releases, the blend of the Goldie Laguito Robusto Extra features the high priming Medio Tiempo leaf – something only found in 10 percent of tobacco plants.

The following is a history of the La Palina Goldie line: