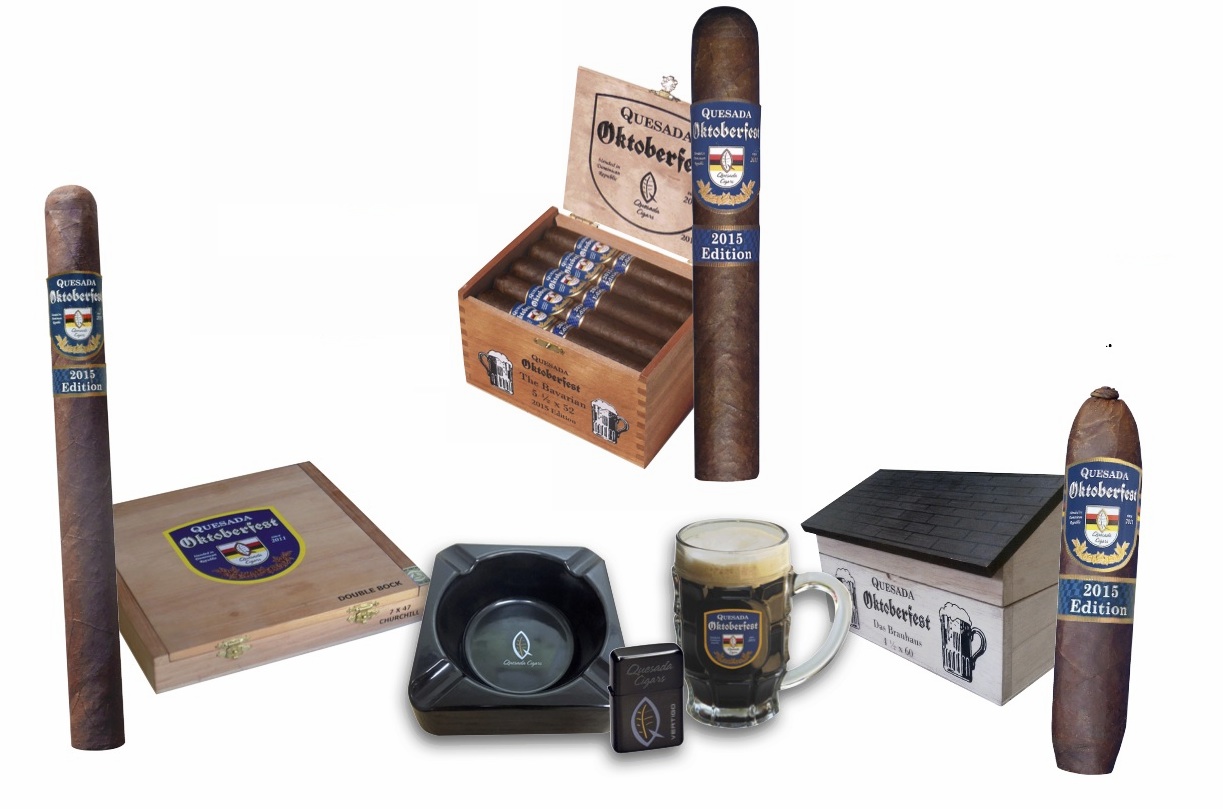 For the fifth consecutive year, the Quesada Oktoberfest will be making a return.  The Quesada Oktoberfest was introduced back in 2011 as a cigar that was could be paired with a malt liquor (i.e. beer).  Since then, the line has been released on an annual basis and each year, there has been something new introduced with the line.  This year is significant as not only two limited edition cigars are being added, but they will be new Nicaraguan blends coming out of Nicaragua.  The cigars are expected to be showcased at the 2015 IPCPR Trade Show and released in time for 2015 Oktoberfest festivities.

The two new limited edition Nicaraguan Oktoberfest puros will offer two unique and distinct blends.  The first size is a 7 x 47 Churchill-sized vitola called Double Bock.  The Double Bock is packaged in ten count boxes and has a suggested retail price of $8.95.  The second is a 4 1/2 x 60 figuardo that has a pig-tail called Das Brahaus.  Das Brahaus will be packaged in a unique 24 count box shaped like a house.  Das Brahaus will have a suggested retail price of $7.95. 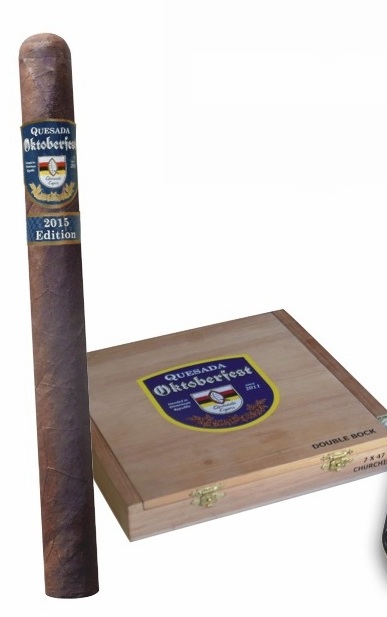 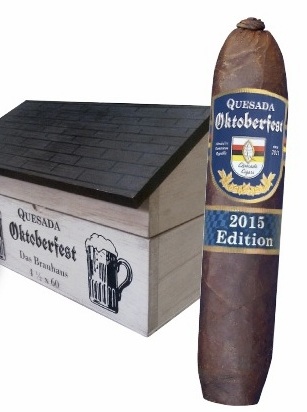 In addition to the new Nicaraguan Oktoberfest puros, the six on-going Dominican puro offerings of the Quesada Oktoberfest are back.  These sizes include: Das Boot: 6 x 52 (torpedo); Kurz: 4 x 50; Krone: 5 x 43; Kaiser Ludwig: 6 x 49 (Box Pressed); Bavarian: 5 1/2 x 52; and Uber: 6 x 65. The blend to the Dominican puros remain the same, but use a different vintage of tobacco.

The whole Oktoberfest 2015 will feature the same primary band that was introduced with the Quesada Oktoberfest 2014. A secondary band indicating “2015 Edition” has been added.

In a press release announcing the Oktoberfest 2015, Terence Reilly, General Manager for Quesada Cigars said, “This is our fifth year producing Okotberfest and although the blend is the same every year, the wrapper is selected from a different crop year, there by giving each seasonal edition its own unique flavor. To mark the fifth anniversary of production, this year we are adding two special Limited Edition Oktoberfest puros made in Nicaragua. Aficionado’s will now have a choice of flavors with the Oktoberfest.”

In addition Quesada Cigars is planning a series of events in the U.S. and Canada to support the Oktoberfest 2015 launch. The events will include give-aways such as Oktoberfest mugs, torch lighters, and Quesada ashtrays.