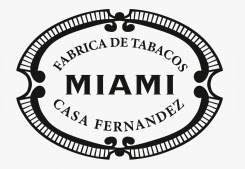 The first of the two sizes will be the Casa Fernandez Aniversario 2015 Voleur. This size will introduce a 7 1/2 x 40 box-pressed lancero into the line. Voluer will be packaged in sixteen count boxes and carry a price point of $12.50 MSRP per cigar. Production will be limited to 300 boxes and 4,800 cigars total.

The second of the two sizes is the Casa Fernandez Aniversario 2015 L.F. Celines. This will be a 6 x 56 robusto. What is significant about the L.F. Celines is that it introduces the first rounded parejo into the line. L.F. Celines will be packaged in ten count boxes and carry a price point of $12.50 MSRP per cigar. Production will be limited to 1,000 boxes and 10,000 cigars total.

The blend will feature 100 percent Aganorsa tobacco aged five years and will be highlighted by a Nicaraguan Jalapa-grown Corojo 99 wrapper. The cigars will be rolled at the Casa Fernandez Miami Factory.

As mentioned, the company has said this might be the last time Casa Fernandez releases Aniversario as a limited edition blend and is considering making this a regular production line. The company provided the following statement to Cigar Coop:

From its initial release we intended for Aniversario to become a regular production blend. But we have incredibly high standards which begin with our processing of Aganorsa tobacco with regards to flavor and aroma. Our tobacco and our blends have to be on a par with anything we have enjoyed smoking, whether it’s Nicaraguan or Cuban. All of our blends with Aganorsa whether they’re for Illusione, Warped, Viaje or ourselves have to be exceptional. Otherwise we wouldn’t be half as interested in our production at Tabsa or Casa Fernandez Miami, or our processing of Aganorsa tobacco. We want to maintain a very high level of quality. Once we were assured that our blenders and the smokers who gravitate towards Aganorsa loved this blend then we focused on turning Aniversario into a regular line. But there’s no hurry. Our focus is on quality with our cigars. The blend has to be balanced and the tobacco has to be fully aged to really shine.

We know how many new blends are being released anually. So our Aniversario is not that. We’re patiently working on an exceptional smoke. And we’re limiting our releases to improve what we already make.

The new Casa Fernandez Aniversaro 2015 cigars are expected to be launched at the 2015 IPCPR Trade Show.

At a glance, here is a look at the Casa Fernandez Aniversario 2015 line: