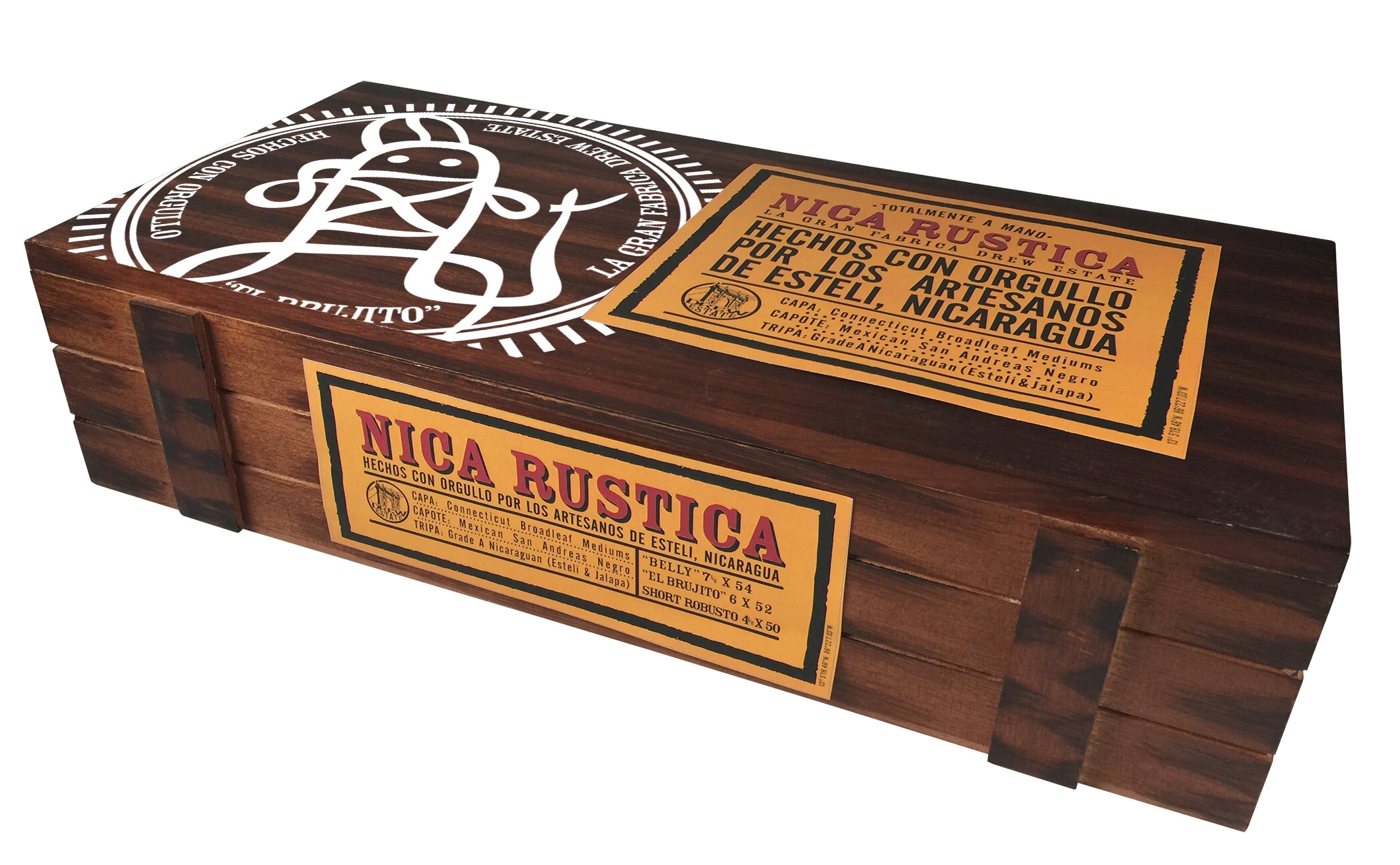 It turns out there will be two line extensions coming to Drew Estate’s Nica Rustica line. Back in May, the company announced it was adding a 7 x 54 line extension called “Belly”. Now has come word that a 4 1/2 x 50 Short Robusto is being added. The two new sizes will be launched at the 2015 IPCPR Trade Show in Las Vegas.

Nica Rustica was launched at the 2013 IPCPR Trade Show in a 6 x 52 Toro vitola known as “El Brujito”. The cigar was introduced as a value-priced line consisting of a Connecticut Broadleaf wrapper, Mexican San Andres binder and Nicaraguan fillers from the Jalapa and Esteli growing regions.

Like El Brujito and what is planned for Belly, the Nica Rustica Short 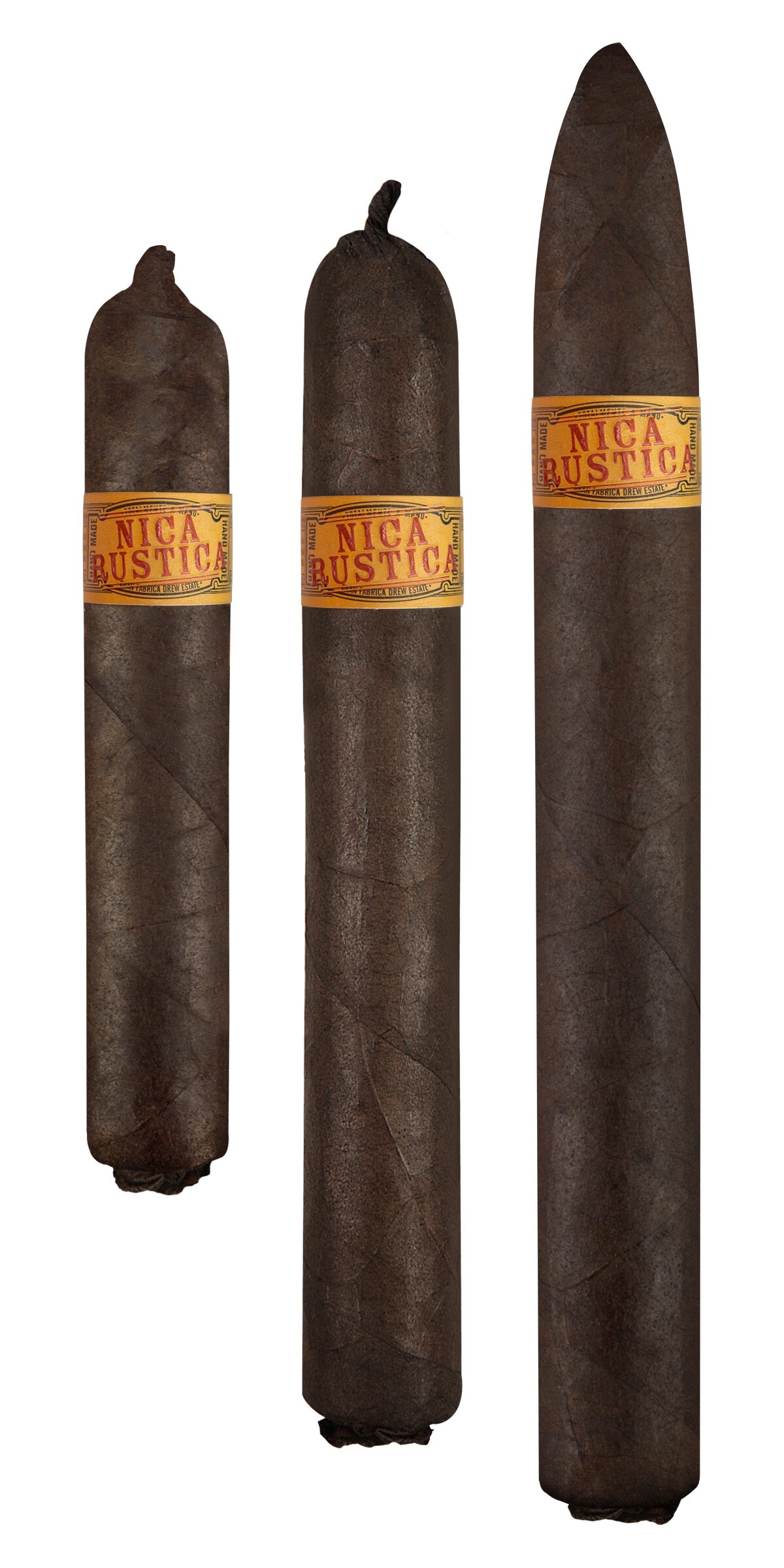 Robusto will be packaged in 25 count black craft paper bundles that fit into a display tray that is intended for retail use.

In addition, the company announced a new 75 count tray that is able to hold one bundle of each of the three Nica Rustica sizes. According to Drew Estate, the new tray will be made available to those retailers who carry all three vitolas of Nica Rustica.

In a press release announcing the new size, Jonathan Drew commented, “Nica Rustica is a tribute to Esteli’s hard working cigar culture. Behind all the glitz and glam, there are thousands of factory Buncheros and Rolleros who keep their game strong and consistent to maintain Esteli, Nicaragua’s respected stature of ‘Mecca of Cigars’.”

At a glance, here is a look at the Nica Rustica line: