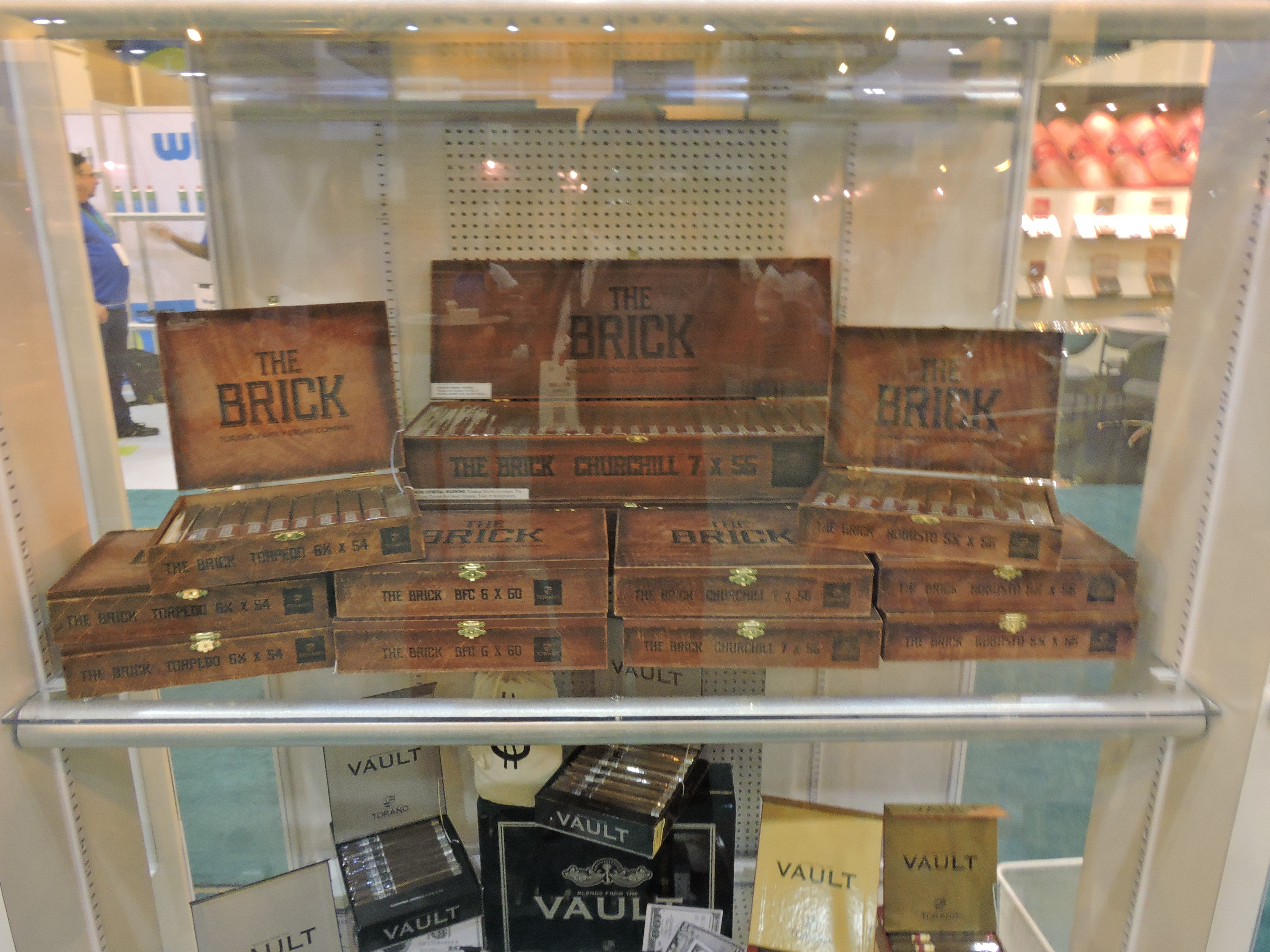 It’s been over ten months since General Cigar acquired the brands of Torano Family Cigars.  For the most part, the Torano has remained quite quiet since this was incorporated into the General portfolio.  While there was some speculation there would be a major push around Torano, this was not the case.  However, there was one announcement made at the 2015 IPCPR Trade Show as it was announced that Torano – The Brick line would add a robusto and toro size.  In addition, the line will now be offered in 20 count boxes.

Plans are for two new sizes and the 20 count boxes to begin shipping in October.

At a glance, let’s take a look at Torano – The Brick line:

* Note: Last year, when The Brick was revamped, the filler was listed a Nicaraguan / Honduran blend.  General reports it as Honduran only.