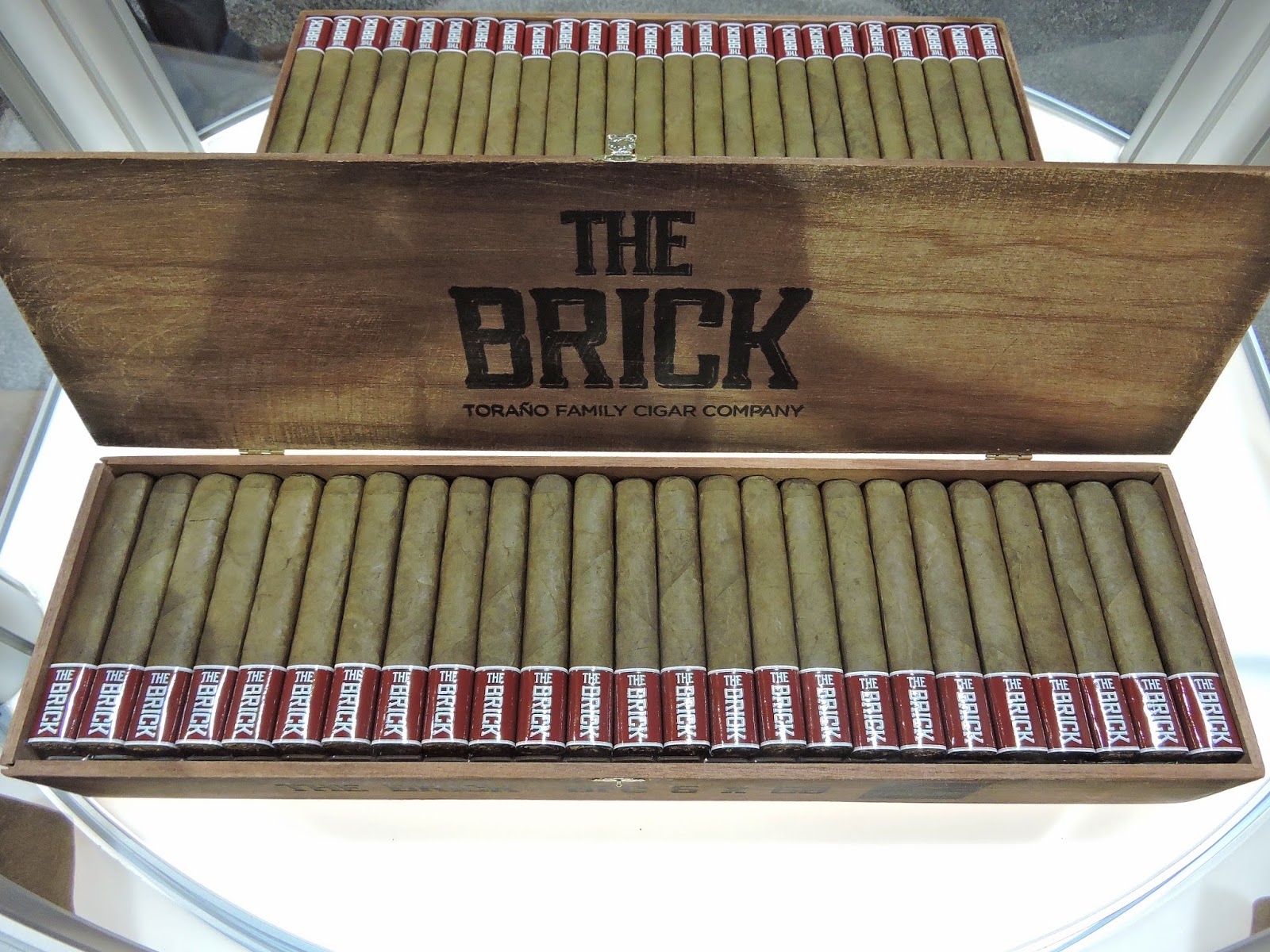 At the 2014 IPCPR Trade Show, Torano Family Cigars relaunched its value cigar – The Brick.  It was late last year when word first surfaced that The Brick would be undergoing a facelift.  The revamped Brick was unveiled at the trade show.  It not only features new packaging, but it features a modified blend, and it has been streamlined to two vitolas going forward.

Packaging wise – The Brick is moving away from the 25 count boxes and will now be available in 100 count boxes.  The cigar also has a new band – with that new band now being a footer band.

The Brick has slightly altered its blend – with some Nicaraguan filler being added to the filler.  The Brick is now being offered in two sizes – a 7 x 56 Churchill and a BFC 6 x 60.  Both will have a price point under five dollars.

The Brick is now currently shipping to retailers.  At a glance, here is a look at The Brick by Torano Family Cigars:

As mentioned, The Brick is available in two sizes.  The cigar is being geared for big ring gauge enthusiasts.  The shape of each remains box-pressed.