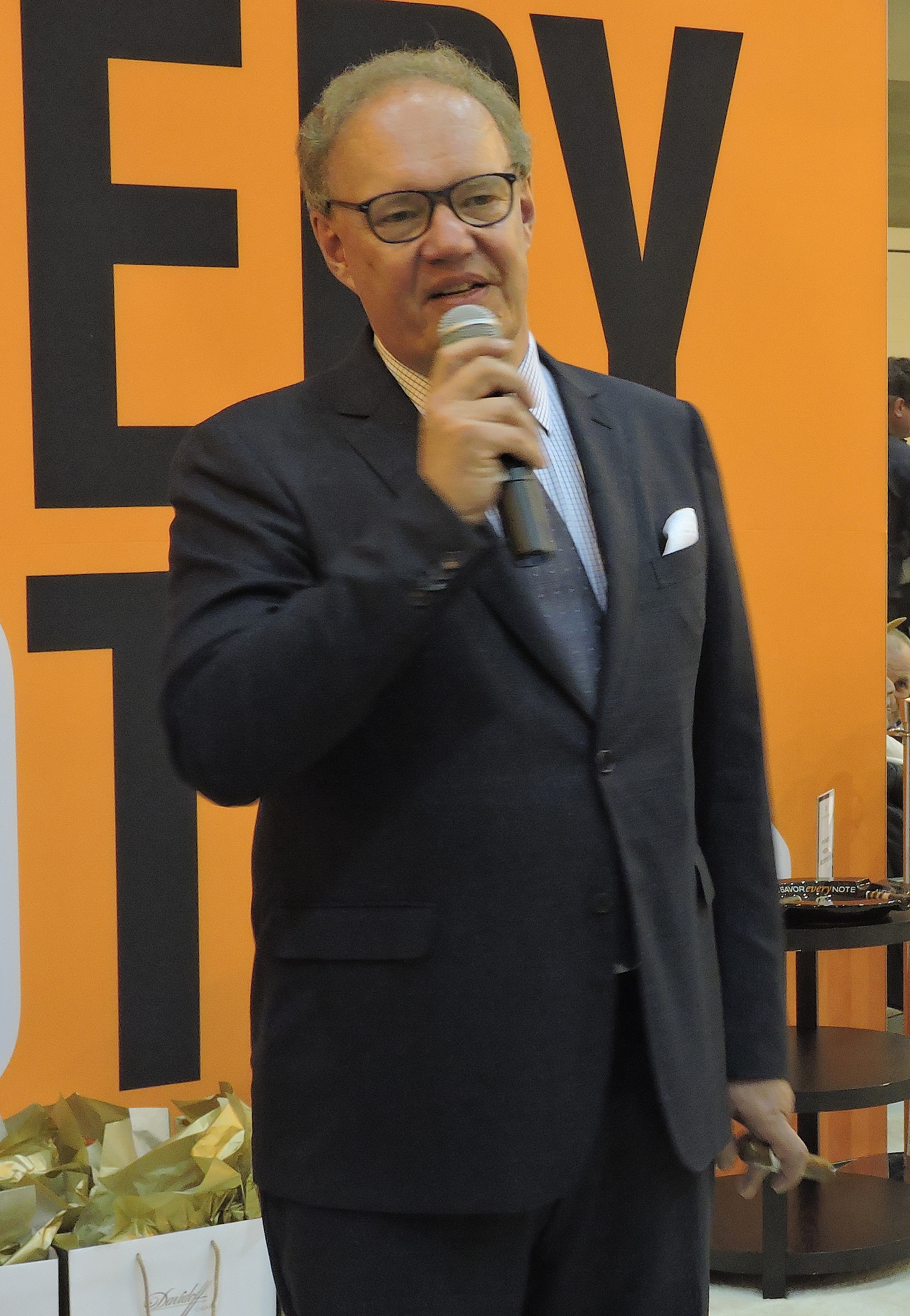 In 2011, Davidoff of Geneva named Hans-Kristian Hoejsgaard its Chief Executive Officer. Under his leadership, Davidoff has grown and this past year the company saw record revenue and production levels. There have been two key strategic initiatives we have seen from Davidoff: innovation and the “crop to shop strategy” – both of which have been executed under Hoejsgaard’s leadership.

I had a chance to sit down with Hoejsgaard on day one of the IPCPR Trade Show in New Orleans. In this conversation, I sit down with Hoejsgaard to learn a little more what is behind the Davidoff strategic initiatives.  I also discuss the success around Davidoff’s rebranding of Camacho, Winston Churchill, and Avo.  We also talk about the new Davidoff Escurio, Davidoff’s featured product release at the trade show.  We touch on Davidoff’s recent investments in Honduras, and of course the 140th anniversary of Oettinger Davidoff AG.

This was a very enjoyable conversation. We thank Hans-Kristian and the Davidoff team for being very generous with their time on what was a very busy first day of the trade show.