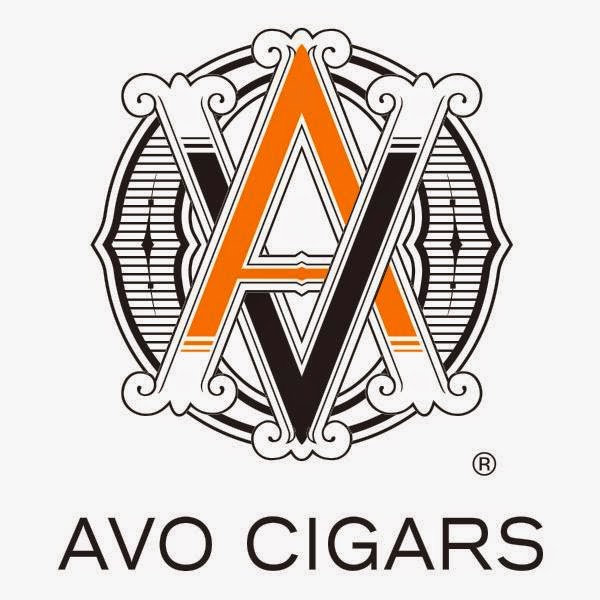 Last month we unveiled initial details of the revamping of the Avo Cigars line by Davidoff. The big changes involve new packaging and marketing for the brand. The remaining blends have remained the same as before with the brand now focusing on four regular production lines. Meanwhile, there are two lines, the Avo Signature and Avo Maduro which have been discontinued. Yesterday, the brand formally announced the full details around the re-launch.

Avo Cigars was founded by jazz musician Avo Uvezian. After meeting Davidoff master blender Hendrik Kelner back in 1982, the two forged a collaboration that eventually led to Uvezian joining the Davidoff family.

From a packaging standpoint, the new boxes and bands are given a more contemporary look. It is more of a subtle change as opposed to the radical change that the Camacho brand underwent. The wooden boxes have all been reduced to be 20 count instead of 25 count boxes. The boxes feature the new revamped Avo logo on the lid and feature authentic debossed notes from Avo Uvezian’s music. Inside the lid is background on the cigar’s blend, purpose, tasting notes, and a quote from Uvezian. An intensity meter in “music notes” highlights the profile of the cigar.

The slogan for the brand is now “SAVOR EVERY NOTE”.  According to Davidoff:

It is not just about the taste and the experience, it is about complete involvement and enjoyment of each moment in life. It is the song of conversation and the music of memories. The beat of life shared with friend. 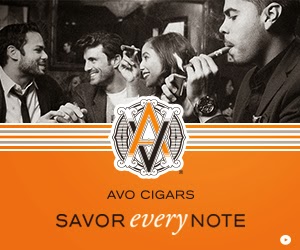 In a press release announcing the revamped Avo line, Uvezian said: “I am delighted to share this new era of AVO Cigars with more and more aficionados around the globe. AVO cigars are ready to give the performance of a lifetime. It’s about the richness of the life you live, the friends you share it with, and the unforgettable experiences along the way. It’s about savoring every note.”

“Avo Uvezian is a man of the world who savors every note to the fullest. He cherishes every moment in life with passion and shows insatiable thirst for connections with people from all walks of life. AVO Cigars enables rich and rewarding social sharing experiences: helping drive connections amongst aficionados and turning strangers into friends in a heartbeat.” says Charles Awad, Senior Vice President Global Marketing and Innovation.

It was also announced the four regular production lines in Avo will now all be price protected.

The revamped Avo line hits U.S. retailers this month (January) and will reach European retailers later this year.  The company is also expected to release the Avo Limited Edition 2015 to coincide with Uvezian’s 89th birthday which falls on March 22nd.  The new Limited Edition will feature the new Avo branding.

The Avo Classic is one of the first brands released by Avo Cigars. It is positioned as a milder, but flavorful cigar.  In addition to new banding, the cedar boxes will now be 20 count instead of 25. According to Davidoff, a percentage of the filler tobacco consists of 25 year old tobacco set aside.

The quote from Uvezian inside the box says “Find those who share your passions. Together you’ll find perfect harmony” 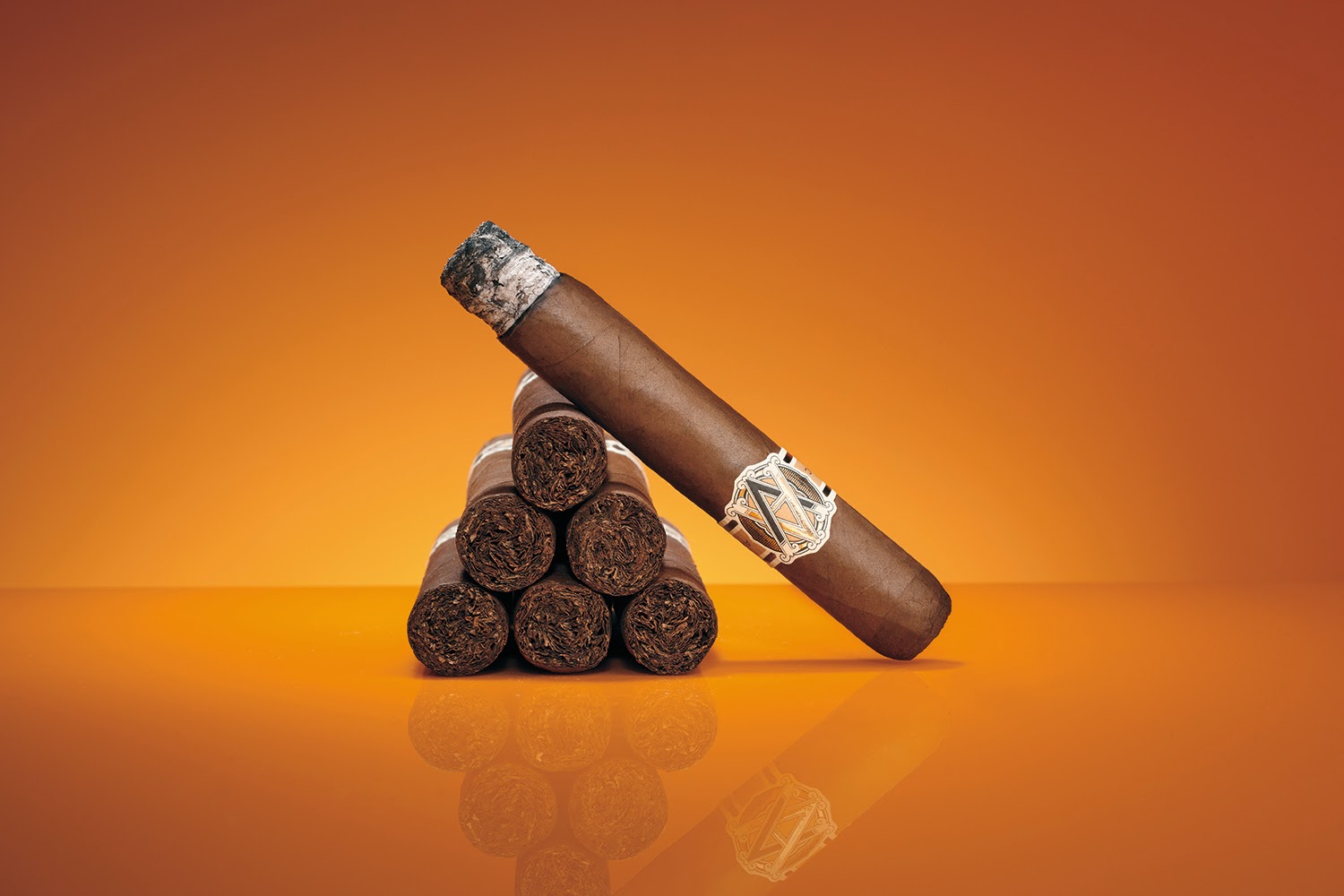 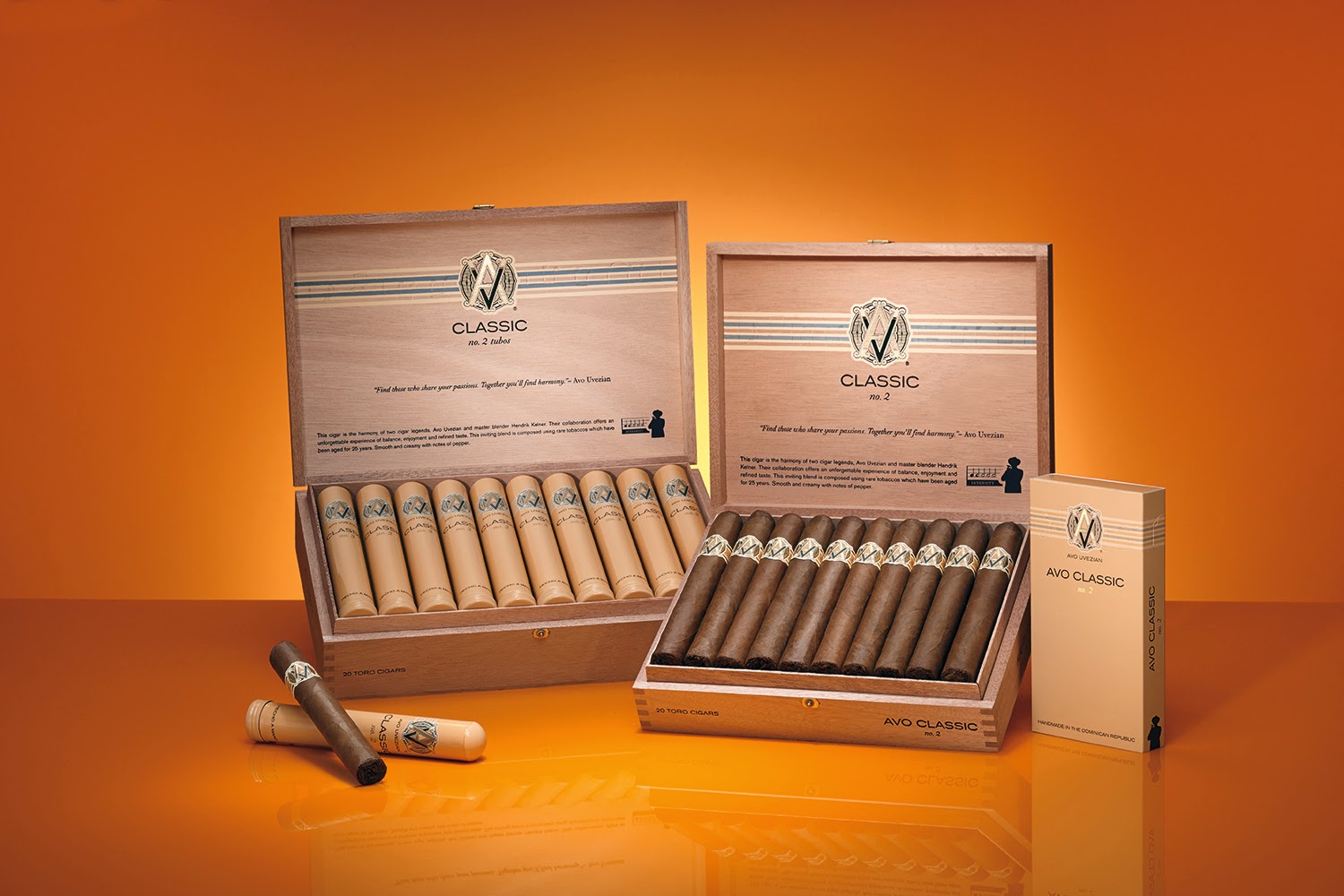 The Avo Domaine Series is positioned as something that was originally a “personal blend” by Avo  It consists of tobaccos from Avo’s personal estate in the Dominican Republic. In addition to new banding, boxes will now be 20 count instead of 25.

The cigar itself is positioned as medium to full-bodied offering.

The quote from Uvezian inside the box says “Tell your story in everything you make. But first make it a good story”. 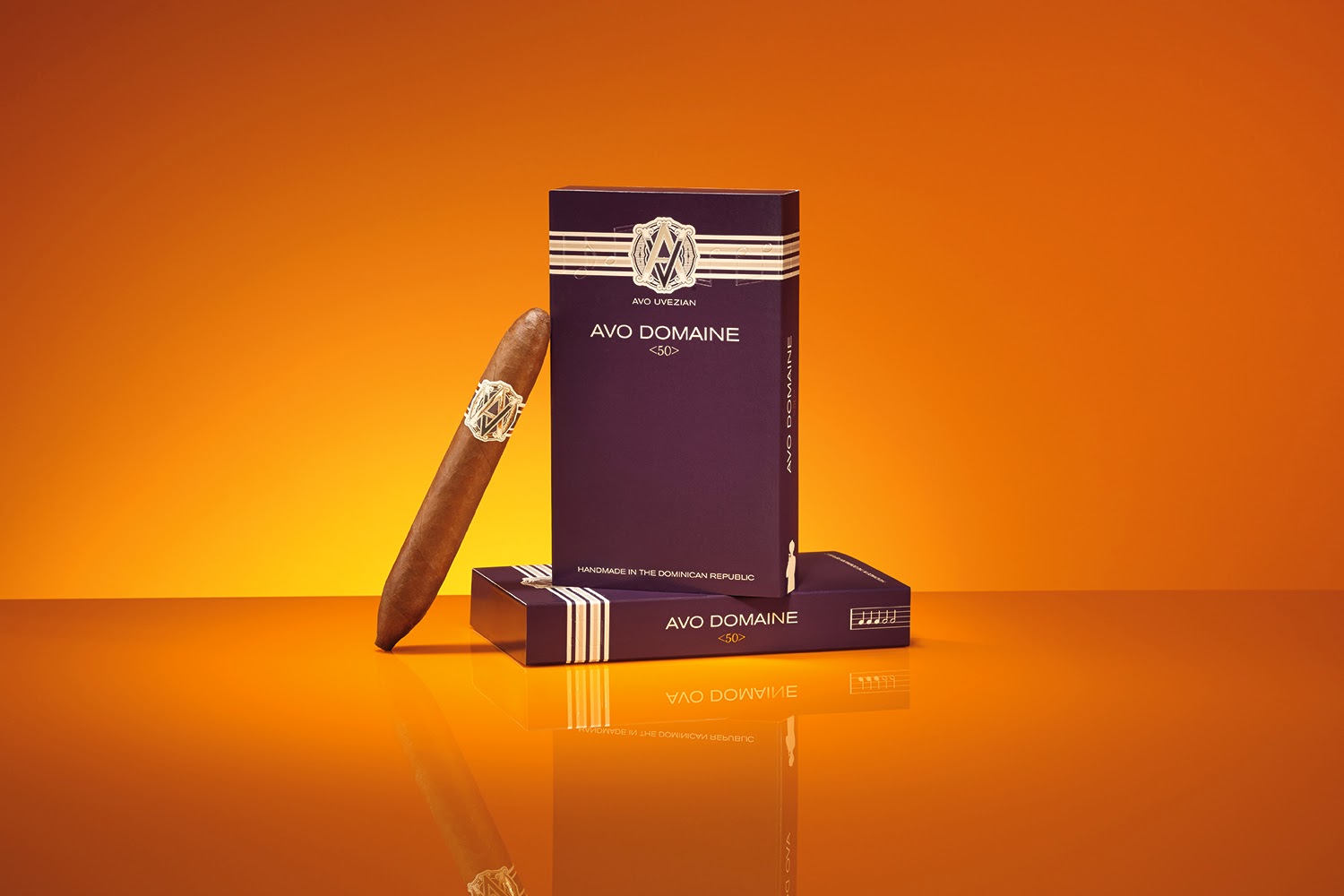 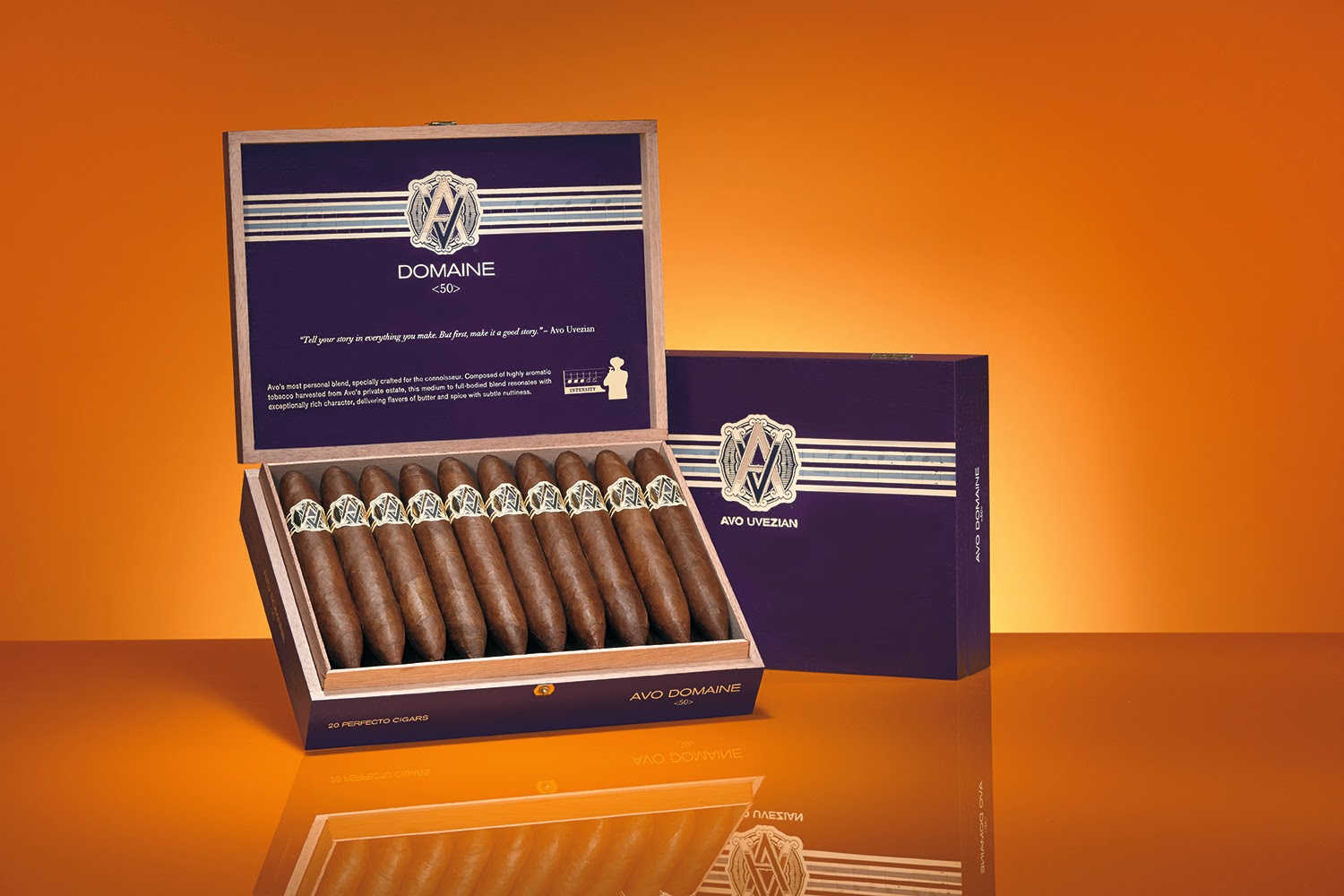 The Avo Heritage is positioned as the most full-bodied of the regular production lines. In addition to new banding, boxes will now be 20 count instead of 25.

This summer a limited edition Lancero was introduced under this line, but it was not listed among the regular vitola offerings.

The quote from Uvezian inside the box says “A song is reborn every time it’s shared with someone else”. 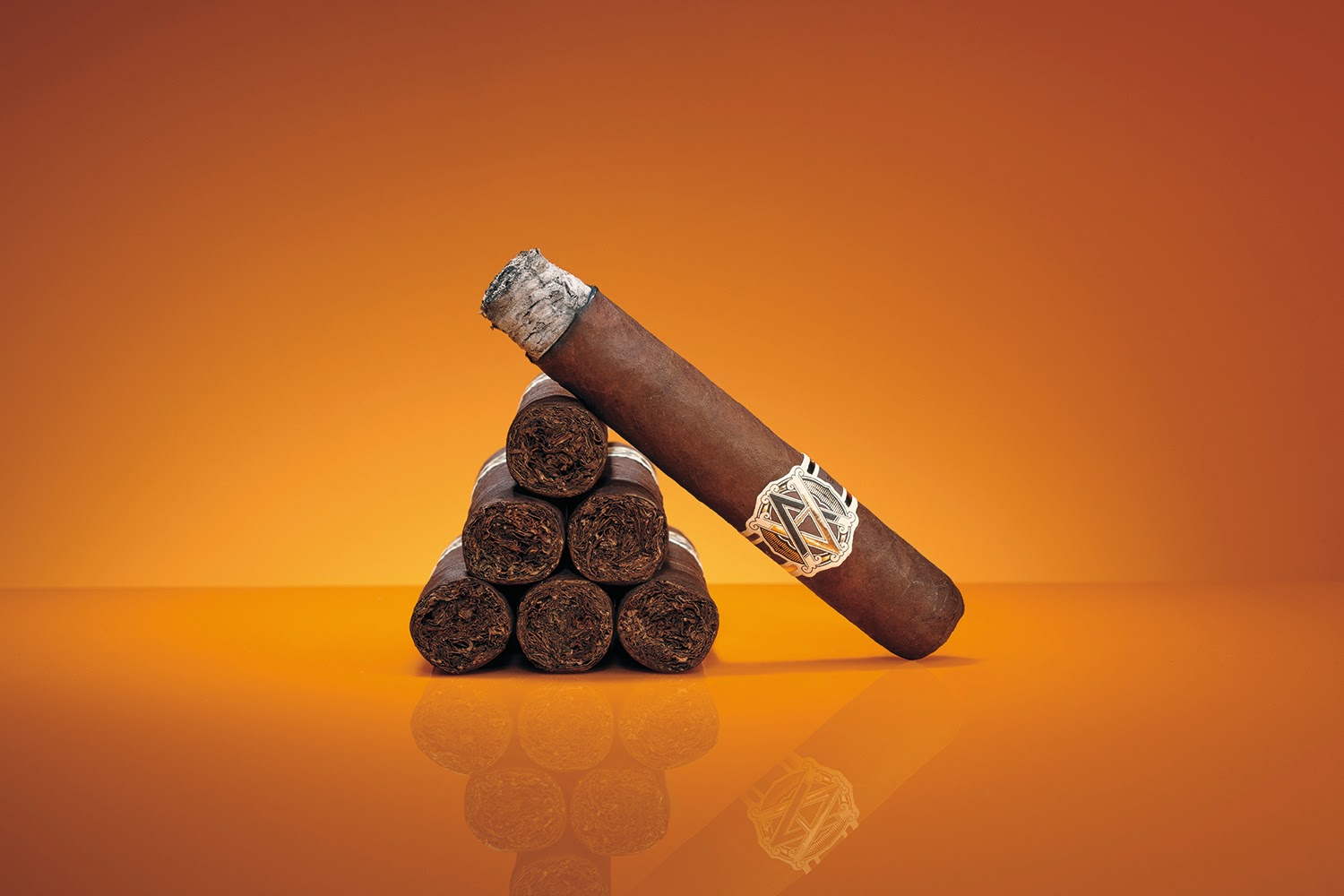 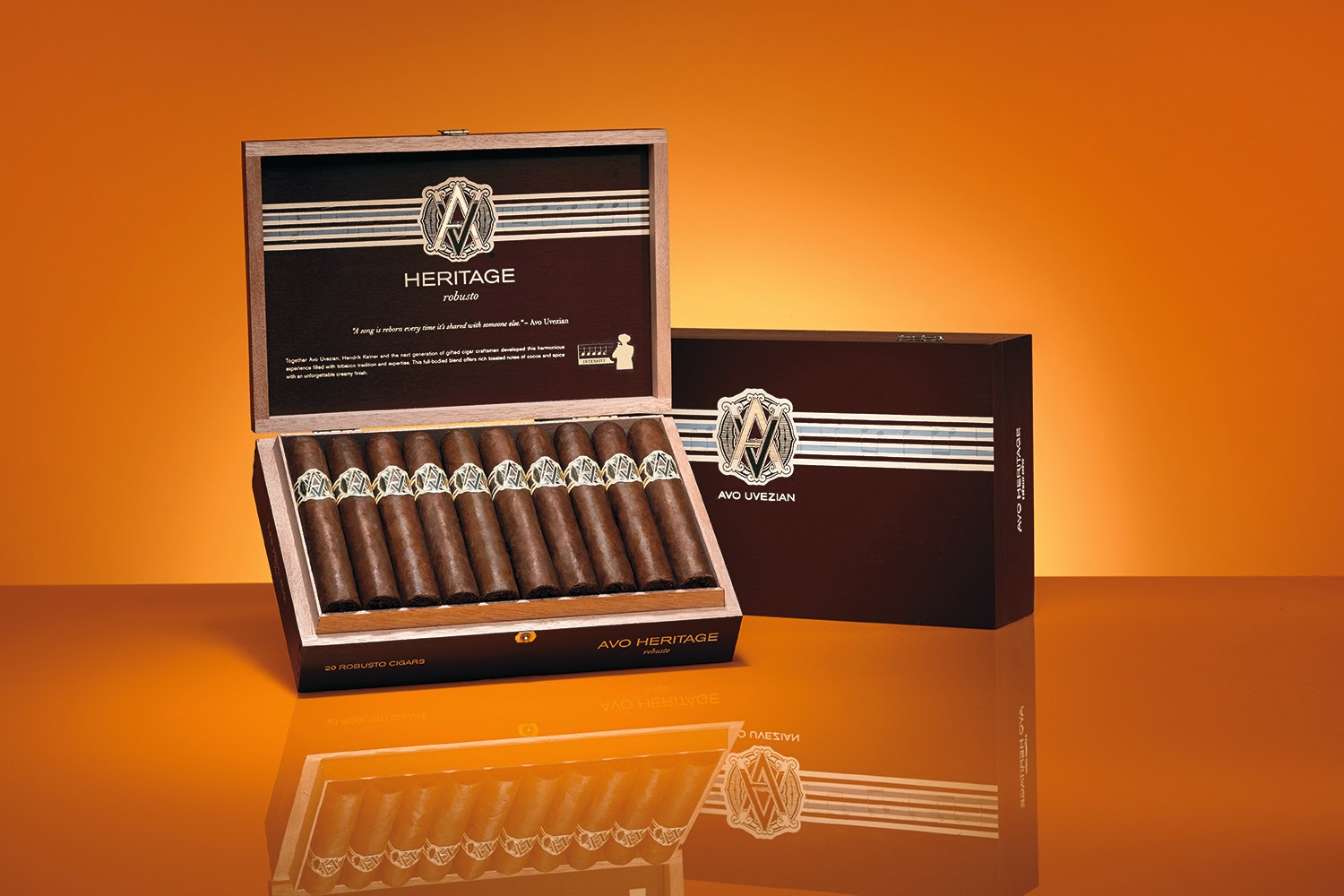 The Avo XO is positioned as a medium-bodied Ecuadorian Connecticut Shade cigar. According to Davidoff all of the tobaccos are aged for at least six years. In addition to new banding, boxes will now be 20 count instead of 25.

The line has been streamlined down to 5 sizes (two of the sizes will also be available in a tubo package).

The quote from Uvezian inside the box says “It’s not about the legacy you leave.  It’s about the one you share.” 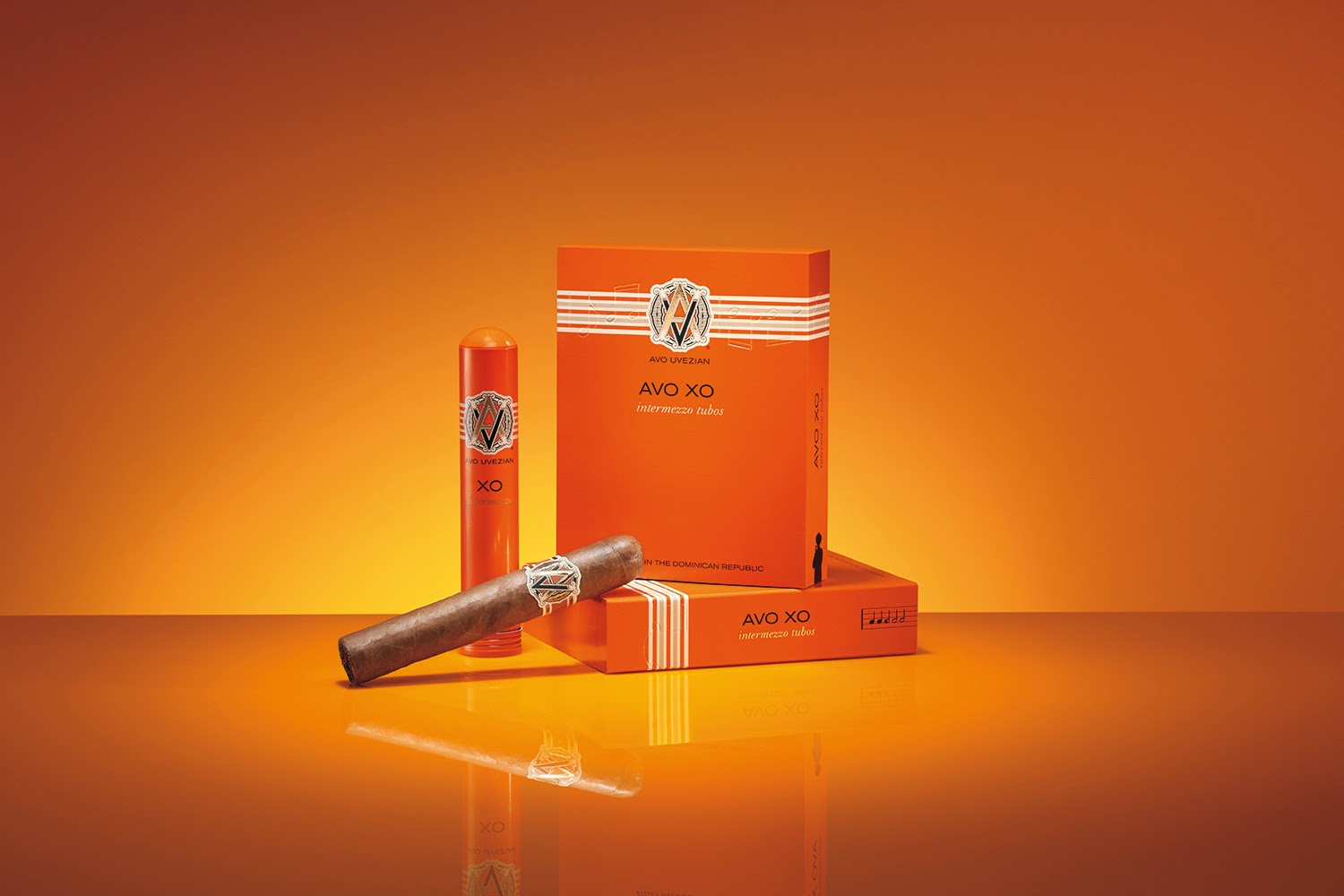 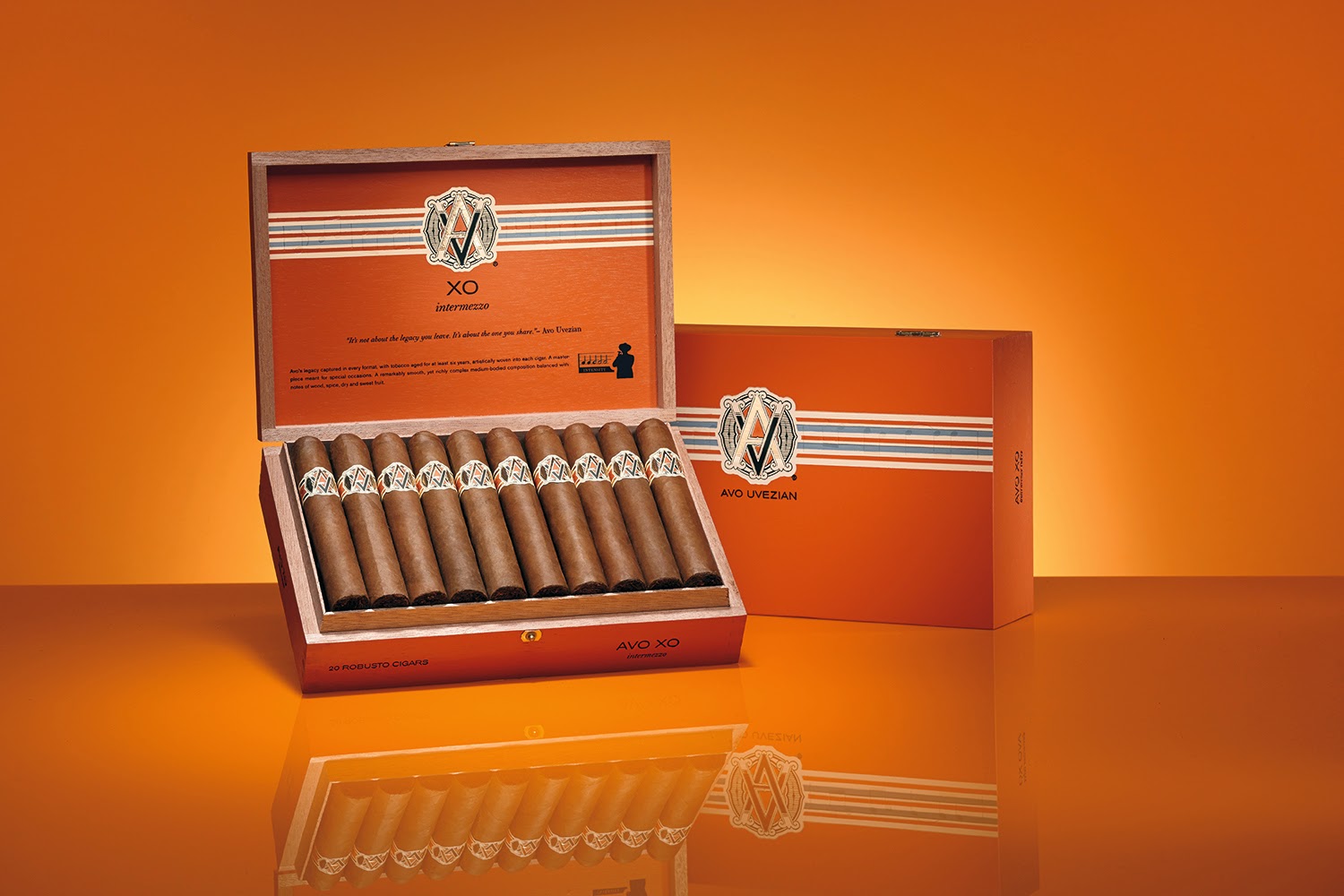