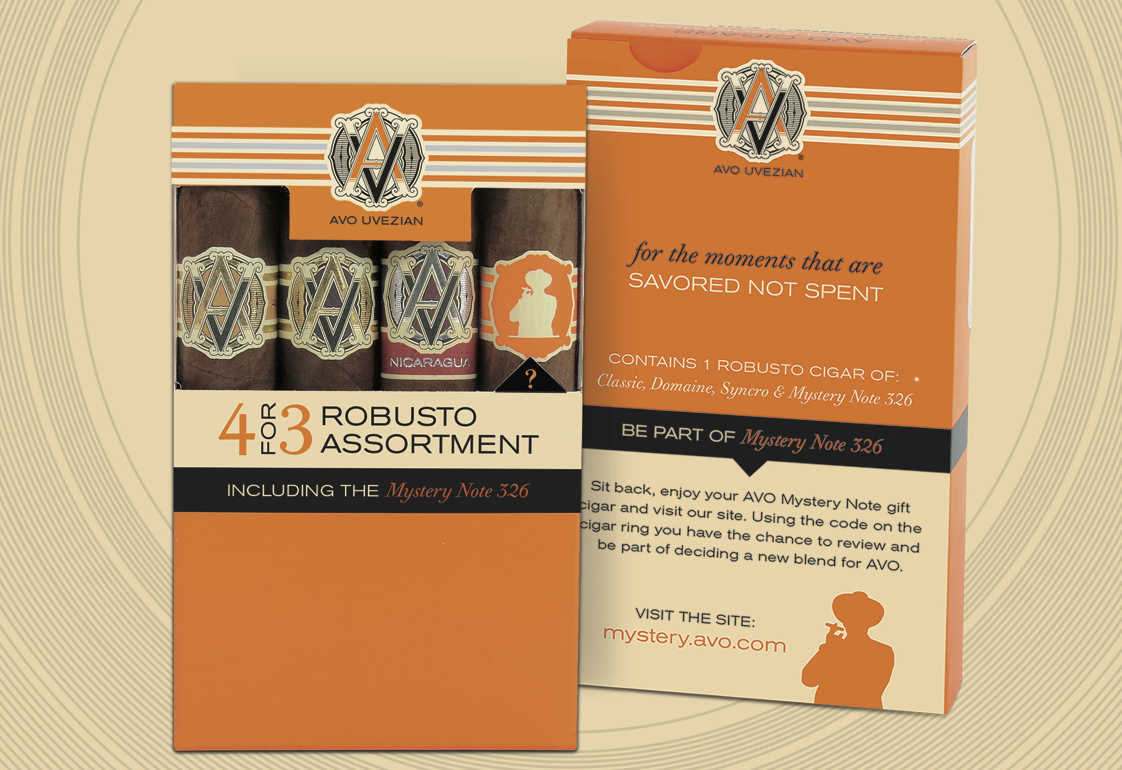 At the 2015 IPCPR Trade Show, Avo Cigars its latest version of the Avo Quartet.  The new Avo Quartet 2015 is a sampler of four robusto-sized Avo Cigars. Like the previous installment, this sampler is priced at “four for the price of three”.  It also includes a “Mystery Cigar” to provide input into a new Avo blend.

The Avo Quartet contains the new Avo Syncro Nicaragua. It also contains the Avo Domaine and Avo Classic featuring the revamped band designs.  The fourth cigar is known as the Avo Mystery Note 326.  All four cigars are 5 x 50 robustos. Pricing is $30.00 per three pack.

As for the Mystery Note 326, consumers will given a code to log on to the URL mystery.avo.com and provide feedback for the cigar.

This follows up the Avo Quartet 2013 released two years ago.  That sampler contained the Avo Lounge Cigar as well as a different Mystery Cigar.