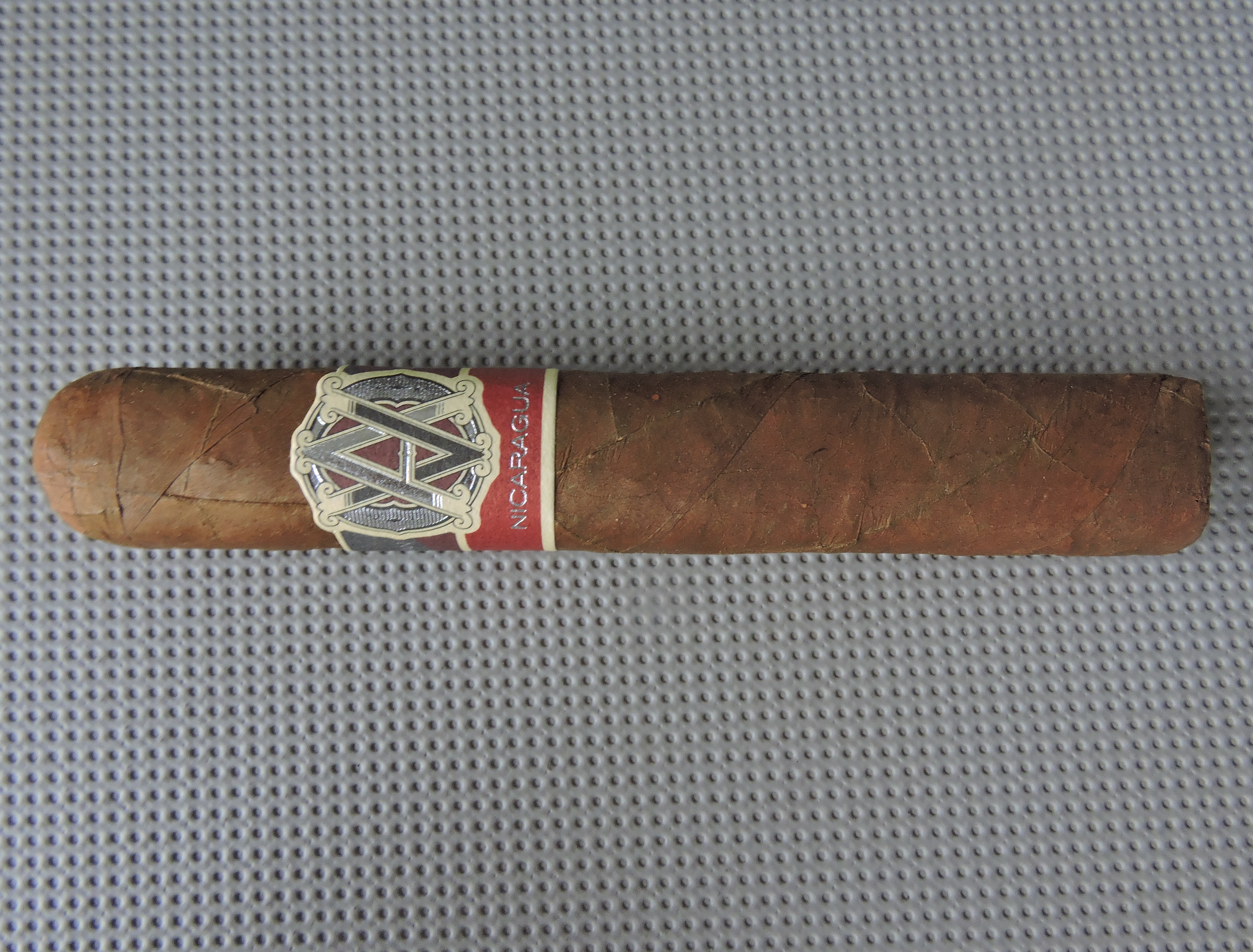 The Avo brand draws its inspiration from brand ambassador Avo Uvezian’s musical roots. The name “Syncro” is a play on the theme of synchronization in music. At the same time, this is also carried over into the cigar experience. While the blend contains Nicaraguan tobacco, it also contains Dominican tobacco. With tobaccos from these two countries, it is meant to bring a synchronization of both a Nicaraguan and Dominican cigar experience.

Without further ado, let’s get into our assessment of the Avo Syncro Nicaragua Robusto and see what this cigar brings to the table.

While the name is “Nicaragua”, the blend is actually a four country multi-national blend with tobaccos from Ecuador, the Dominican Republic, Peru, and Nicaragua. The Nicaraguan tobacco originates from Ometepe – a volcanic island located in the middle of Lake Nicaragua.

The Avo Syncro Nicaragua is available four box-pressed vitolas. Each of the sizes is offered in a twenty count box. 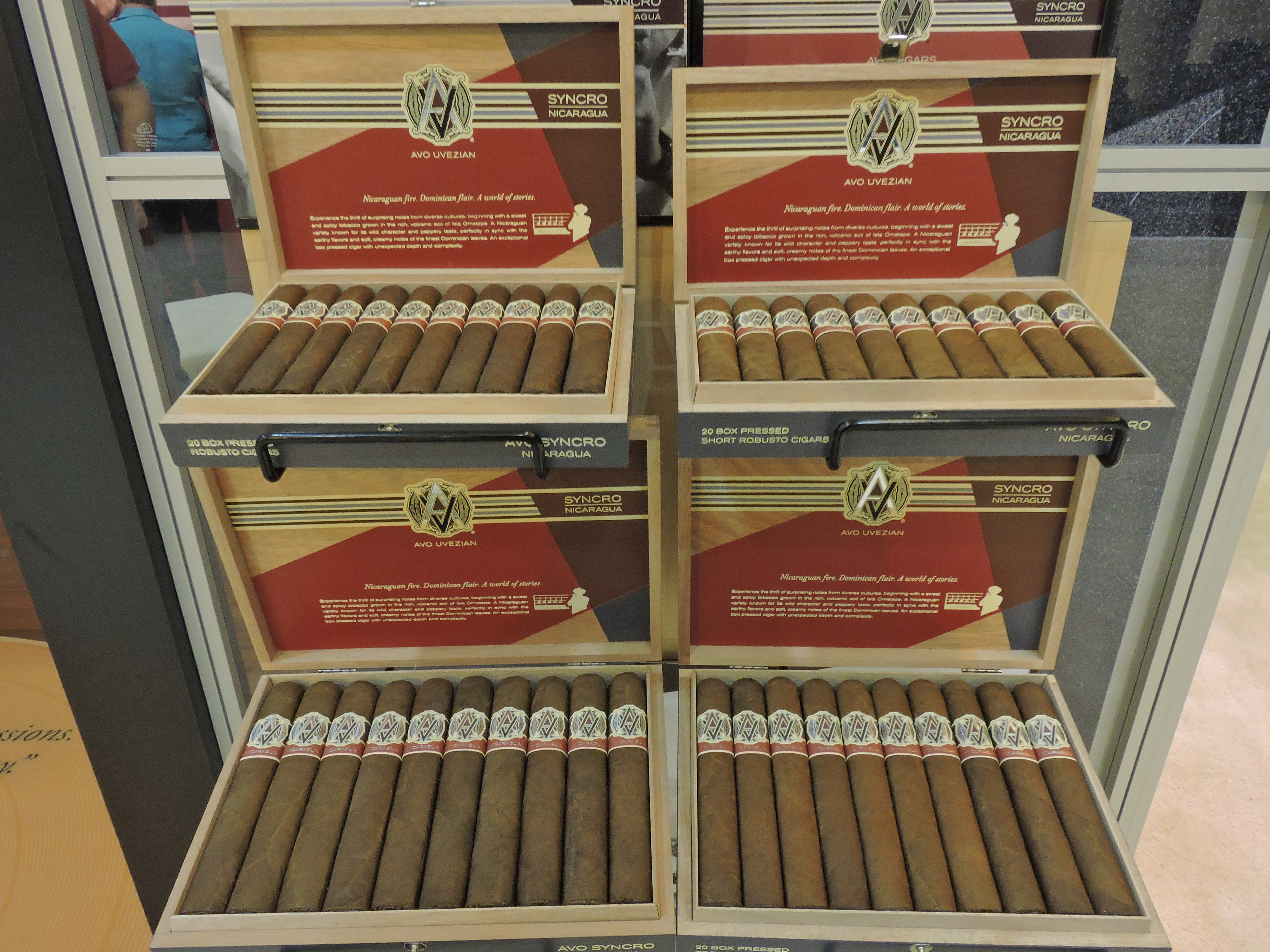 The Ecuadorian wrapper of the Avo Syncro Nicaragua Robusto has a medium brown color with a rosado tint to it. Upon closer examination some darker marbling can be seen on the surface. There is a light coating of oil. I would categorize the surface of the wrapper as somewhat rugged containing some visible wrapper seams as well as visible veins. The box-press itself is more of a soft-styled box-press.

Before lighting up the Avo Syncro Nicaragua Robusto, I went with a straight cut. Once the cap was successfully clipped, I moved on to the pre-light draw. The dry draw delivered quite a bit of sweetness. The sweetness seemed to be a cross between marshmallow and cherry. I also detected a slight coffee note. At the same time, I didn’t pick up much in the way of spice on the pre-light draw. Overall I considered this to be a satisfactory pre-light draw. At this point, I was ready to light up my Avo Syncro Nicaragua Robusto and see what the smoking phase would have in store.

The start to the Avo Syncro Nicaragua Robusto sees the marshmallow / cherry sweetness continue to be the dominant note. In the background were notes of coffee as well as a combination of pepper and cedar spices. These spices were also present on the retro-hale.

By the middle of the first third, the coffee notes moved to the forefront pushing the sweetness into the background. Toward the end of the first third, the coffee notes were quite prominent on the draw. The cedar and pepper notes were secondary, and the sweetness continued to move further back. Up until this point, I found the profile to be more Nicaraguan, however the Dominican side soon showed itself on the afterrdaw as I picked up some grassy notes.

During the second third of the Syncro, the coffee notes now were much more firmly in control.I was definitely picking up a strong black coffee note – it had a slight bitter bite to it, but the spices and sweetness in the background offset this – creating some nice balance. The after-draw still had some of the grassy notes.

By the last third of the Syncro, I still found the coffee notes to be in control. The bitter bite seemed to regress a bit. The spice notes had increased, but the sweetness was still quite distant. I was still picking up the grass notes on the after-draw. This is the way the cigar experience remained until the end. The resulting nub was on the firmer side and cool in temperature.

Overall I found the Avo Syncro Nicaragua Robusto scored nicely when it came to the burn. The cigar took a relatively straight burn path. The cigar was not in danger of canoeing or tunneling. During the early stages, there was a slight curvature on the actual burn line, but this was easily remedied with a couple of touch-ups. The resulting ash had a salt and pepper color. It was quite firm and it came off the cigar in nice clean chunks. The burn rate and burn temperature were ideal. 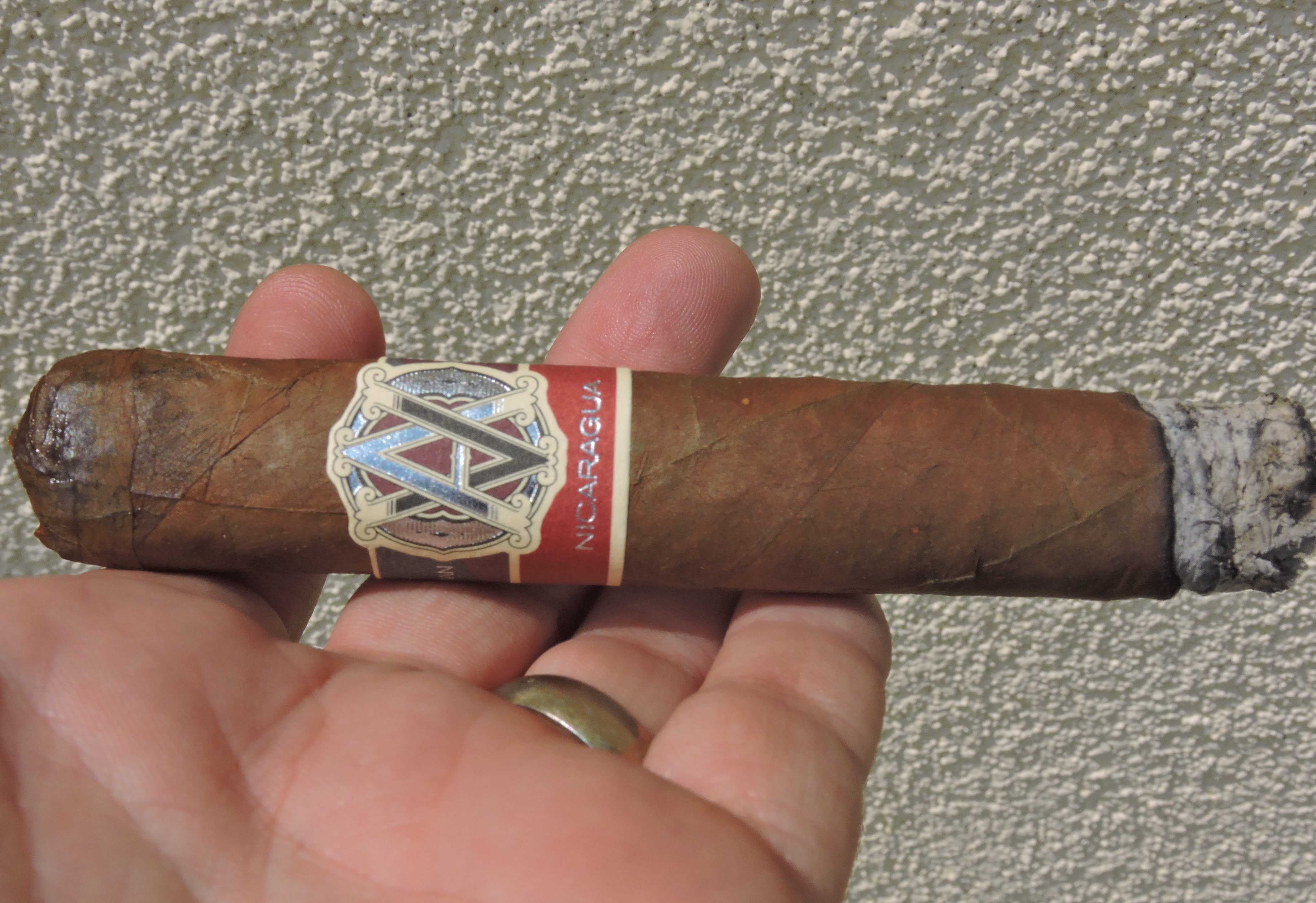 As for the draw, I found it to be open, but not overly loose. When it comes to rounded cigars, I usually prefer a bit more resistance, but with a box-press this was fine for me. Overall, a low maintenance cigar to derive flavors from.

In terms of strength versus body, the body had a significant edge. In the early stages when there was a lot of sweetness, one can argue there was a little too much body. However, I found it to be less overwhelming once the sweetness dialed back.

Overall I found the Avo Syncro Nicaragua Robusto to be a good cigar, but at times it was little rough around the edges – especially during the first third.  As I mentioned, I found the sweetness at the beginning(while not an infused-like) to be a little overwhelming, but this did settle down. In terms of the “synchronization between Nicaraguan and Dominican”, while I did find some Dominican qualities to this cigar, the Nicaraguan-like qualities still seemed to overpower them. I do believe a little more time in the humidor is really going to make this cigar shine. At the same time, this is not what I would call a “young” cigar and it is one certainly worth checking out and smoking. I’d probably steer this more toward an experienced cigar enthusiast. It’s definitely still worthy of a fiver now, and if my feeling is right about aging, it will go higher over time.