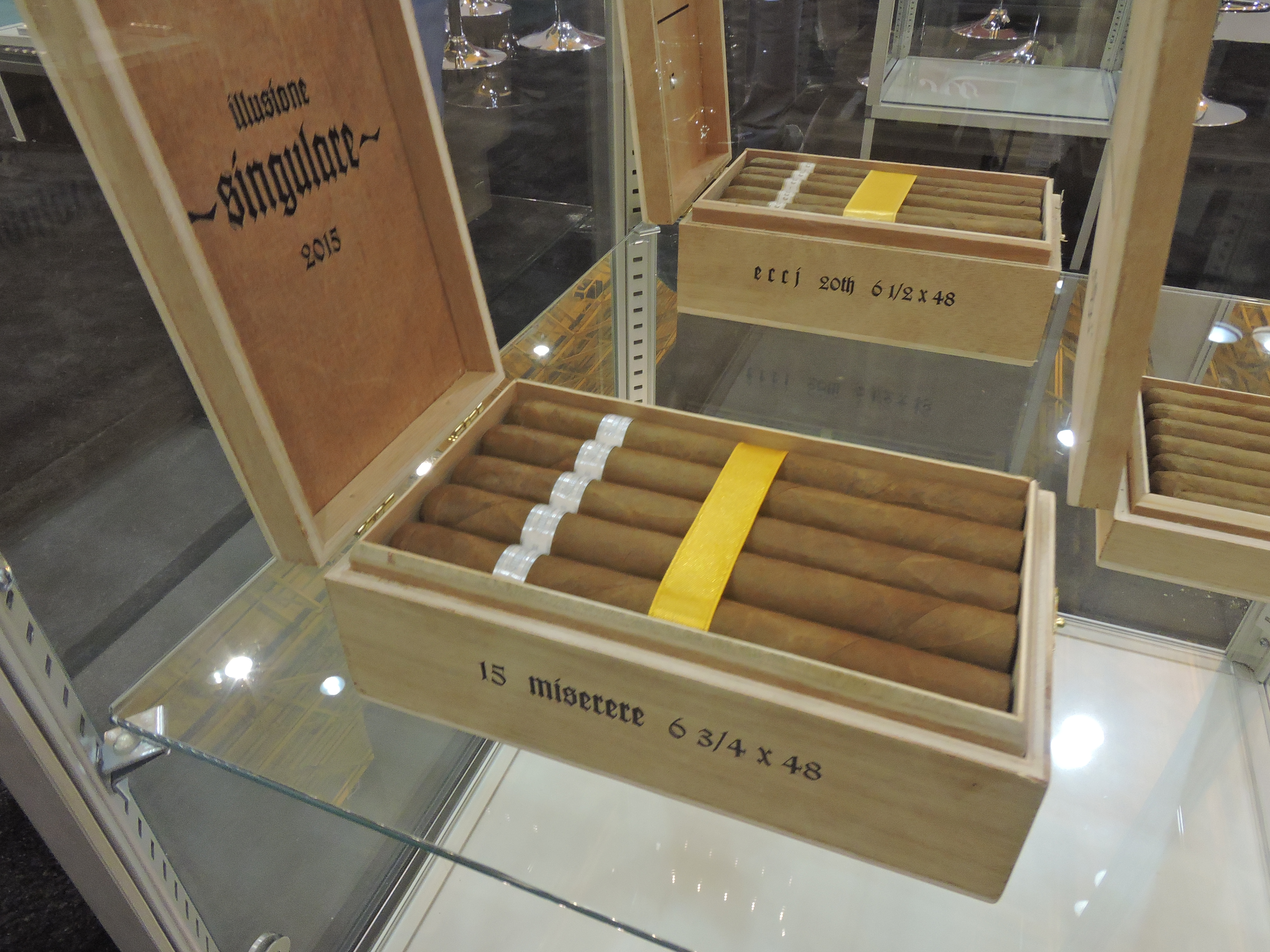 While Illusione Cigars’ focused around line extensions for 2015, there was one new blend that was launched at the IPCPR Trade Show.  This new blend becomes the sixth installment of Illusione’s Singulare series.  This year, the  IIllusione Singulare EL 2015 Miserere introduces a Churchill-sized Nicaraguan puro to this annual limited edition series.

Illusione Cigars’ owner Dion Giolito informed Cigar Coop that the Singulare 2015 will once again use the same wrapper as the Illusione Epernay. The remainder of the blend is all Nicaraguan.

The name of the vitola is Miserere which is Latin for “Have Mercy”. The vitola is a 6 3/4 x 48 Churchill sized vitola. The cigars will be packaged 15 cigars per box. The cigars are due out later this year.

The Illusione Singulare line is an annual “one and done” limited edition cigar by Illusione Cigars.

In addition, Illusione announced the Illusione Fume D’Amour Juniperos and Illusione Original Documents ~33~ line extensions as releases at this year’s IPCPR. Giolito to expect more activity at the 2016 IPCPR as he unveils his 10th anniversary line.

At a glance, here is a look at the Illusione Singulare EL 2015: