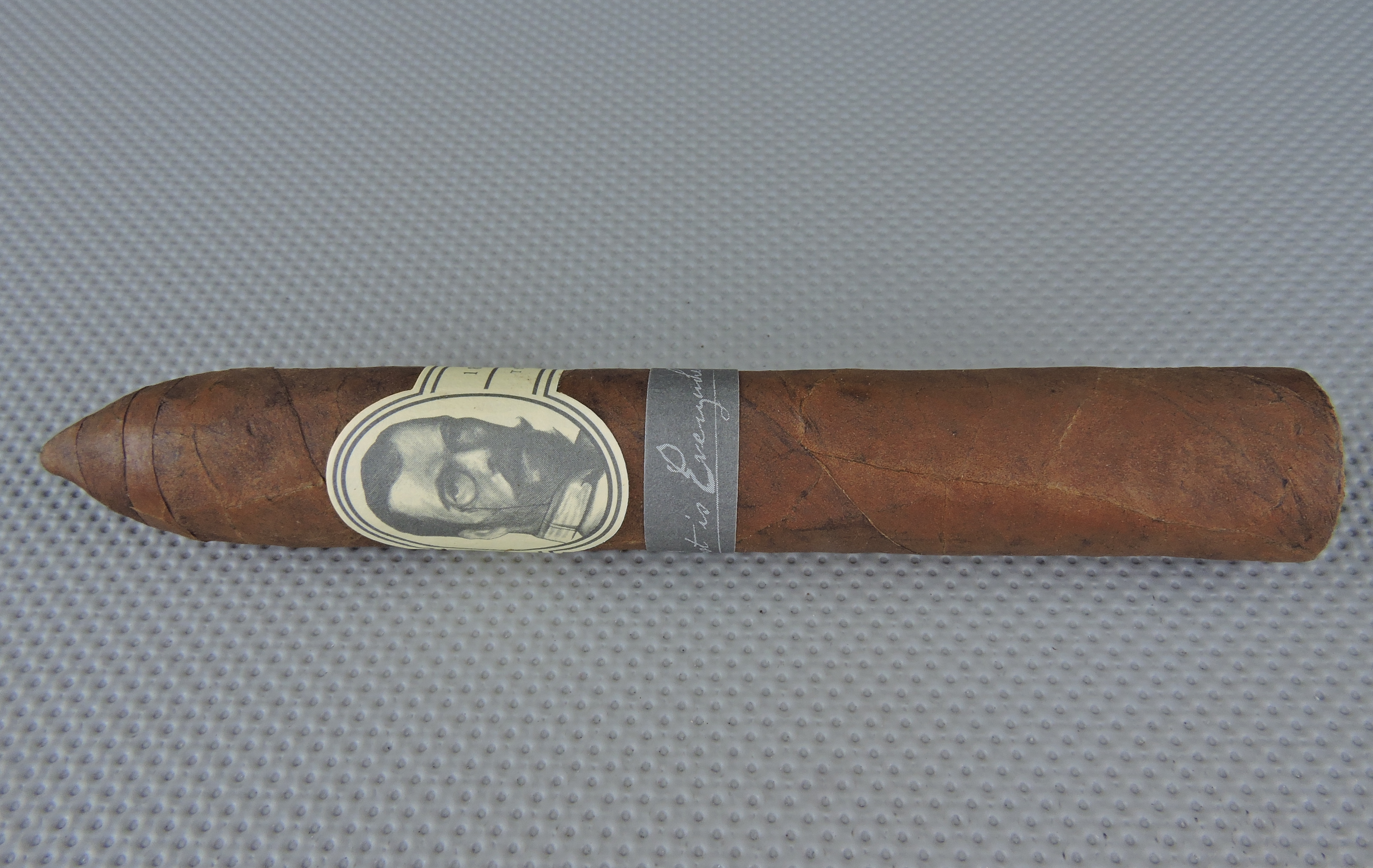 Earlier this year, Robert Caldwell’s Caldwell Cigar Company announced its first limited edition project. While the project was initially with a code name “Nothing You Ever Heard of”, it would become known as “The Last Tsar”.   This limited edition was not planned to be “one and done”, but more of a limited production that would occur twice a year – possibly varying in size and possibly varying in blend.  It has also been positioned as a more premium offering in the Caldwell portfolio. The first installment of this project is one that was made available to 49 select retailers – ones whom Caldwell has described have been with him from the very beginning. Today, I take a closer look at The Last Tsar in the Belicoso format.  Overall, I found this to be an interesting and entertaining smoke – and one that is certainly a unique one.

The Last Tsar is a cigar that pays homage to Emperor (Tsar) Nicholas II, who was the final monarch of Russia.  In 1917, he was forced to abdicate his throne during the Russian Revolution. One year later, Nicholas II and his family were executed by the Bolsheviks.

Without further ado, let’s take a closer look at The Last Tsar and see what this cigar brings to the table.

The wrapper on The Last Tsar is the same tobacco leaf that is found on the Caldwell Eastern Standard. The difference is that for The Last Tsar, the wrapper is fermented a little longer and processed differently. While the remainder of the blend is not disclosed, Caldwell disclosed to Stogie Geeks that the blend includes Carbonell tobacco. Carbonell is a tobacco that was featured on the Falto 20th Anniversary Los Procesos.

This past May, The Last Tsar was released in a Belicoso. Caldwell recently confirmed the second size will be a Churchill and is due out this November. The Last Tsar Belicoso is packaged in ten count boxes and a total of 500 boxes were made.

The wrapper to The Last Tsar is definitely darker than Caldwell’s Eastern Standard.  The wrapper has a dark cinnamon color.  Upon closer examination, there is some darker marbling that is visible. There is a light coating of oil on the surface giving the cigar a nice sheen.  The surface of the wrapper has some thin visible wrapper seams as well as some visible veins.  The tip to the belicoso has somewhat of a sharper taper – almost pencil-tip like.

There are two bands on The Last Tsar. The primary band has a vintage look with an antique white background.  On the front is a charcoal gray portrait sketch of Nicholas II.  To the left of the image is the text “18 MAY” and “LAST”. To the right of the image is the text “1868” and “TSAR” (May 18, 1868 was the birthdate of Nicholas II). There are some charcoal gray dividers and trim around the band.

There is a dark gray secondary band just below the primary one.  The text “East is Everywhere” is in light cursive gray sitting on that background.

Prior to lighting up the Caldwell Last Tsar, I elected to use a straight cut. In particular, I used my Credo Special T cutter with the 36 ring gauge hole to get an ideal cut for this belicoso. After successfully clipping the cap, I moved on to the pre-light draw. The cold draw delivered a citrus note that had some sweetness to it – it was almost tangerine-like.  I also detected some  generic wood and tingly spice notes.  Overall this was a very good pre-light draw.  At this point I was ready to light up The Last Tsar and see what the smoking phase would have in store.

Once i lit up The Last Tsar, I detected notes of natural tobacco, pepper (mostly white, but some black), and the tangerine-like citrus note.  When I first smoked this cigar about eight weeks ago, the citrus had an astringent quality, but some time really smoothed out the citrus delivering a nice sweetness to it.  The natural tobacco notes went primary early on with the citrus notes were secondary. The pepper was more present on the after-draw. Meanwhile there was a strong black pepper component on the retro-hale.

By the early part of the second third, I found the tangerine citrus increase and become on-par with the natural tobacco. There was a very nice tobacco sweetness that fused between the citrus and natural tobacco – at times it was like raw sugar cane and at other times it had a slight carmelizing effect.  This was the best part of The Last Tsar.

By the second half, the citrus notes dialed back and the natural tobacco notes were now once again primary.  Toward the end of the second third, the pepper was now a little more prominent. I found there was an increase in spice during the last third.  Toward the end, there was some muddling of the flavors, but overall the cigar still kept my interest.  As The Last Tsar came to a close, the resulting nub was cool in temperature, but soft to the touch.

The burn to The Last Tsar was not the prettiest one, however it wasn’t a problem-some one. The burn path remained straight. The burn line had a slight jaggedness to it. This jaggedness was easily remedied by a touch-up.  I did find this wrapper needed to be touched up gently as it could blister rather easily. The resulting ash wasn’t the tightest, yet it wasn’t very flakey. The ash itself had a salt and pepper color to it. The burn rate and burn temperature were ideal. 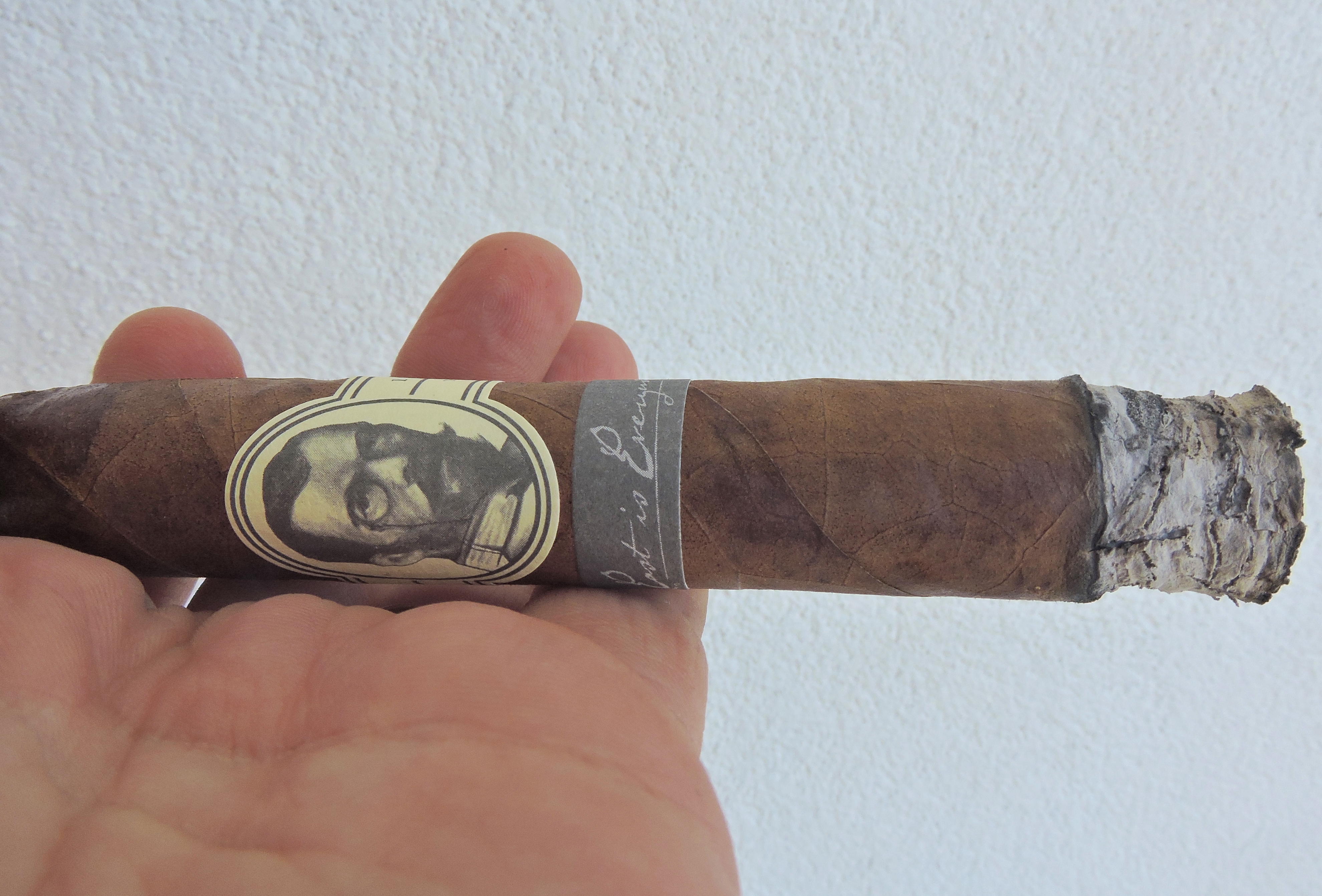 Burn of Caldwell The Last Tsar

The draw performed well. While I would probably have preferred a parejo here, the belicoso doesn’t lose any points. There was a slight amount of resistance on the draw – something that I like. At the same time, The Last Tsar produced a large amount of smoke during the cigar experience.

Very simply, The Last Tsar is a powerhouse.  I found this to be the strongest and fullest cigar in the Caldwell Cigar portfolio.  Right out of the gate this cigar delivered a full strength and full-bodied experience.  This continued throughout the smoking experience.

When I had smoked this cigar several weeks ago, the strength definitely had an edge over the body.  Now the two attributes were more on par.  The surprising thing is that I felt it wasn’t the strength that came down, but it was the body that actually increased.

One key observation is that when I first smoked this cigar, it did not score as well as on merit as it does now. The cigar seemed to settle down and the tobaccos married well. At the same time, there is still plenty of aging potential with this cigar. The Cigar Coop numerical score is based on merit and does not factor price into the equation – and from that standpoint The Last Tsar does well. From our “Stogie Geeks” rating – which does factor buying power into it, the higher price point (around $18.00) does factor in here – keeping this  cigar at the fiver level in my book. What I will say is that this is a different cigar. It’s a fun cigar to smoke, and it while it took a few weeks, the flavors really clicked. It’s a cigar more for the more experienced cigar enthusiast, but its one I will smoke again.