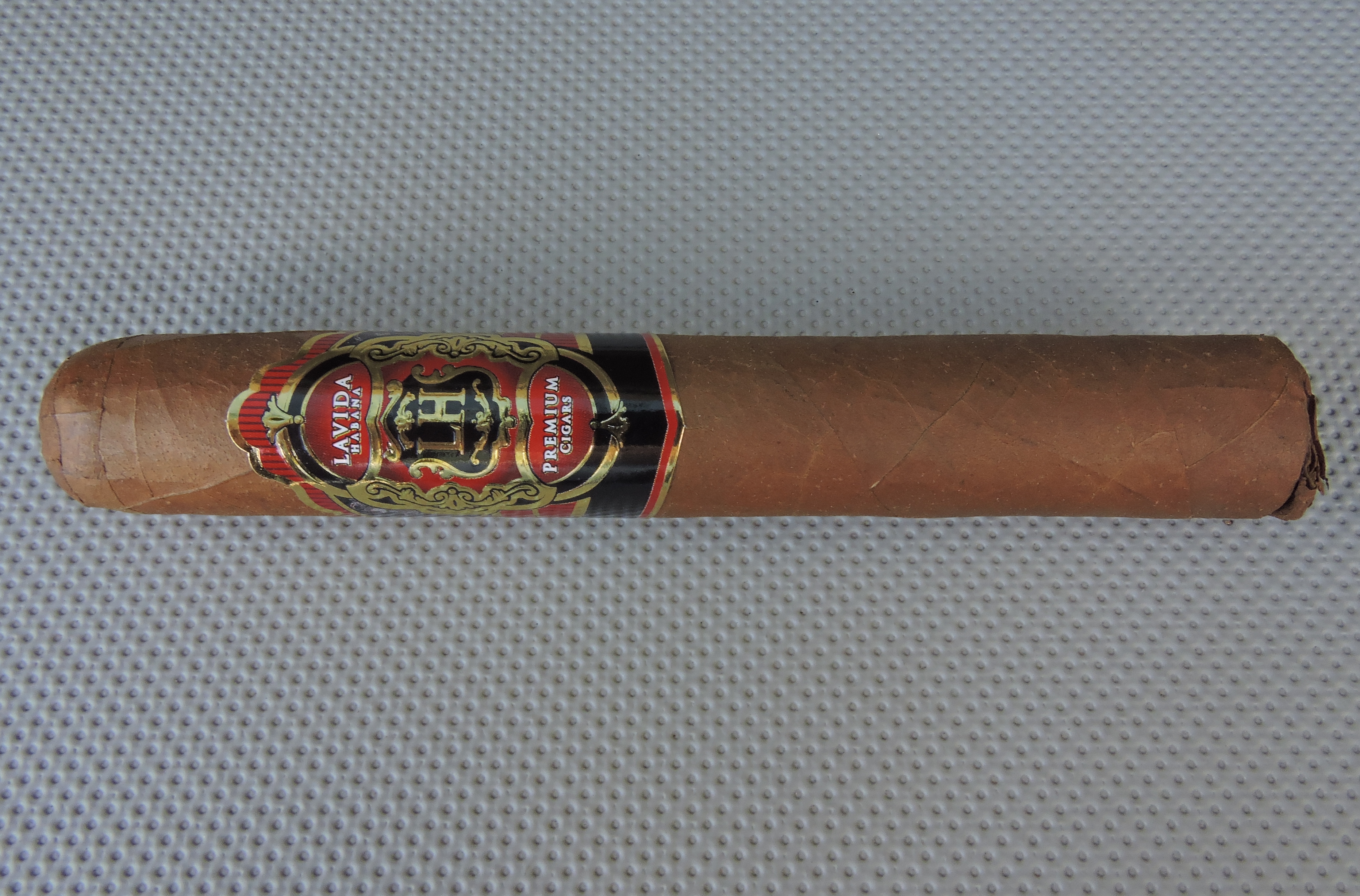 The LH Colorado is one of three cigars offered by LH Premium Cigars. LH Premium Cigars is a company founded by tobocconists Nick Syris and Omar Nasr. Originally the line was offered for Lavida Habana Cigar Lounges in the Middle East. Last year, the company turned its attention to the U.S. market. This past July, the company had a presence at the 2015 IPCPR Trade Show. It was at the trade show they officially unveiled its LH Colorado offering. Recently I’ve had an opportunity to smoke the LH Colorado in the Robusto format. Overall I see a lot of promise for LH going forward and the LH Colorado has all of the ingredients of being a hit cigar in the U.S. market.

As a part of the strategy in the U.S. market, the company introduced new banding to all of its cigars. The new banding features a more intricate design and was designed to appeal to consumers in the U.S.

Without further ado, let’s take a closer look at the LH Colorado Robusto and see what this cigar brings to the table.

The LH Colorado features an Ecuadorian Habano wrapper. The specifics of the binder and filler have not been disclosed, but the blend is said to contain tobaccos from Brazil, Nicaragua, and Peru. As mentioned, the cigars are produced in Costa Rica.

The LH Colorado is available in three sizes. The cigars are packaged in twenty count boxes.

The LH Colorado Robusto’s Ecuadorian Habano wrapper has a medium brown color to it with a light cinnamon colored tint to it. The wrapper is one of the smoothest ones I have seen this year. It has a light sheen of oil to it. The veins and wrapper seams that are visible are quite thin.  The cigar also features a covered footer.

Prior to lighting up the LH Colorado Robusto, I went with my usual choice of a straight cut. After successfully clipping the cap, I moved on to the pre-light draw. The cold draw delivered a licorice sweetness and some floral spice. Overall I considered the pre-light draw of the LH Colorado Robusto to be excellent. At this point, I was ready to fire up this cigar and see what the overall smoking experience would bring to the table.

The burn line to the LH Colorado had a slight amount of jagged-ness to it. This proved to be more cosmetic and was easily remedied with some touch-ups. I did not consider the amount of touch-ups required to be excessive. The LH Colorado still maintained a straight burn path and didn’t tunnel, canoe, nor meander. The resulting ash had a salt and pepper color and came off the cigar in nice clean chunks. The burn rate and burn temperature were ideal. 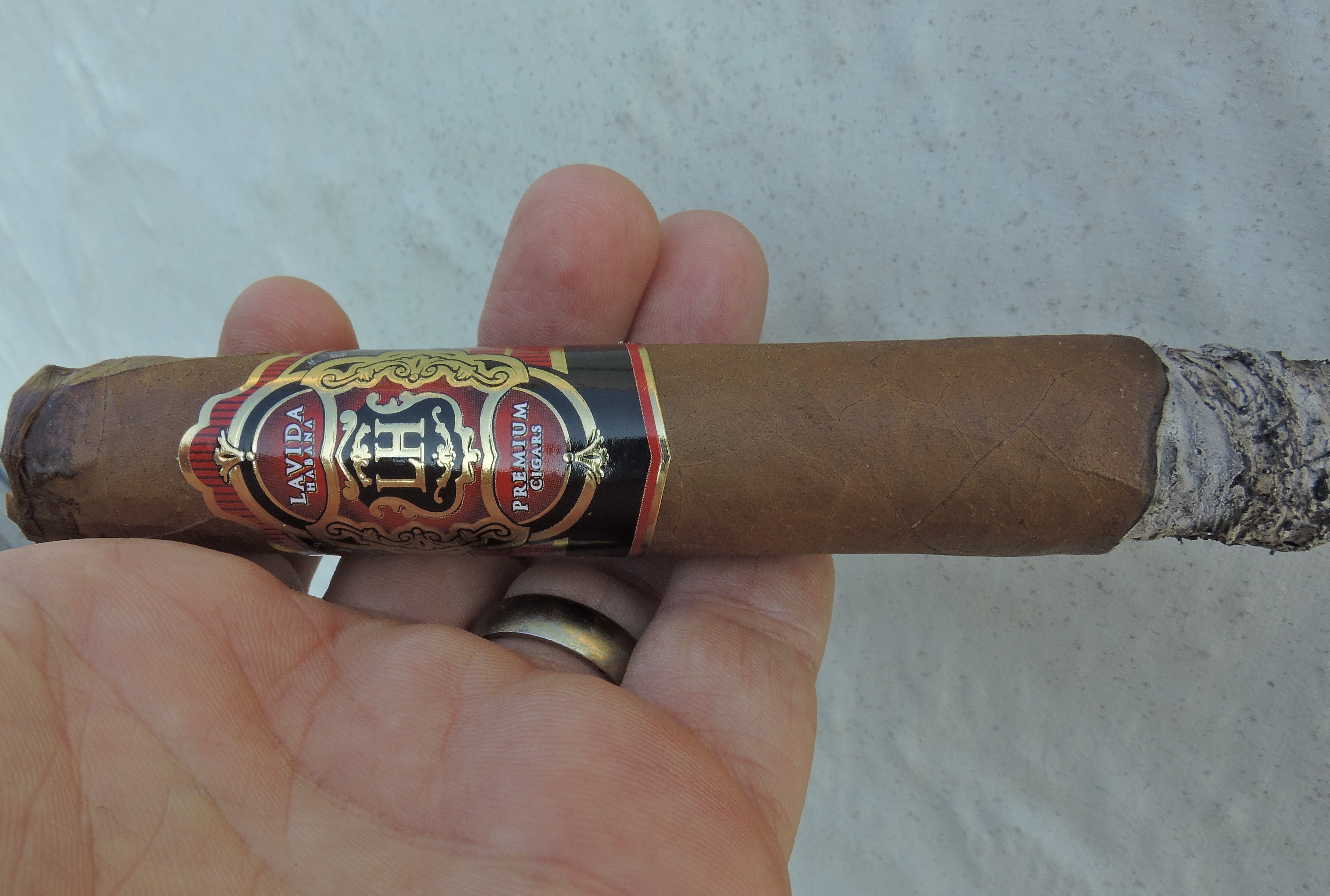 Burn of the LH Colorado Robusto

The draw to the LH Colorado Robusto performed quite well. It was not too tight, nor was it too loose. This was an open draw that had a decent amount of smoke production.

The LH Colorado is a nice addition to LH’s portfolio. Back when I smoked the LH Maduro, I found it exhibited a classic maduro profile.  With the LH Colorado, I found this to be a little more of an out of the box blend for a Habano. I really enjoyed the sweetness this cigar delivered. Sometimes a cigar can have “too much sweetness”, but this was not the case with the LH Colorado as it delivered just the right amount. The flavor kept me interested in this cigar from start to finish. This is a cigar I’d recommend to an experienced cigar enthusiast, but its also one I’d recommend to a novice looking to go “medium / medium plus”. As for myself, this is a cigar I’d smoke again – and it’s one worthy of a box split.