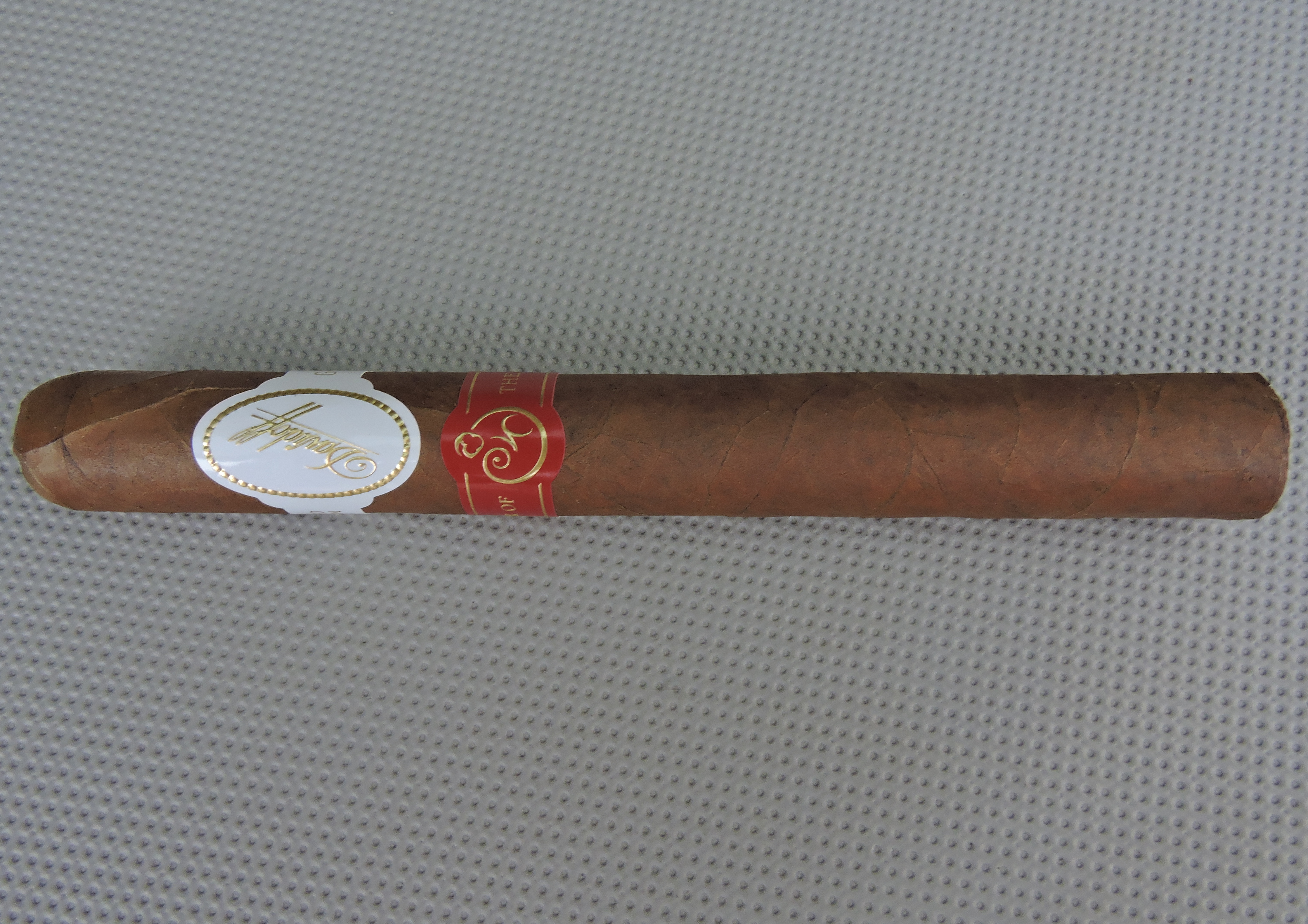 Turning our attention to this year’s offering, the Davidoff Year of the Monkey, the cigars feature some creative packaging from Davidoff.  The Year of the Monkey is packaged in a hand-crafted premium bamboo wooden ten-count box and designed to fit into the theme of Chinese culture. In Chinese Art, bamboo is one of the “Four Gentlemen” (bamboo, orchid, plum blossom and chrysanthemum). In addition, bamboo is symbolic for being a model for gentlemanly behavior. 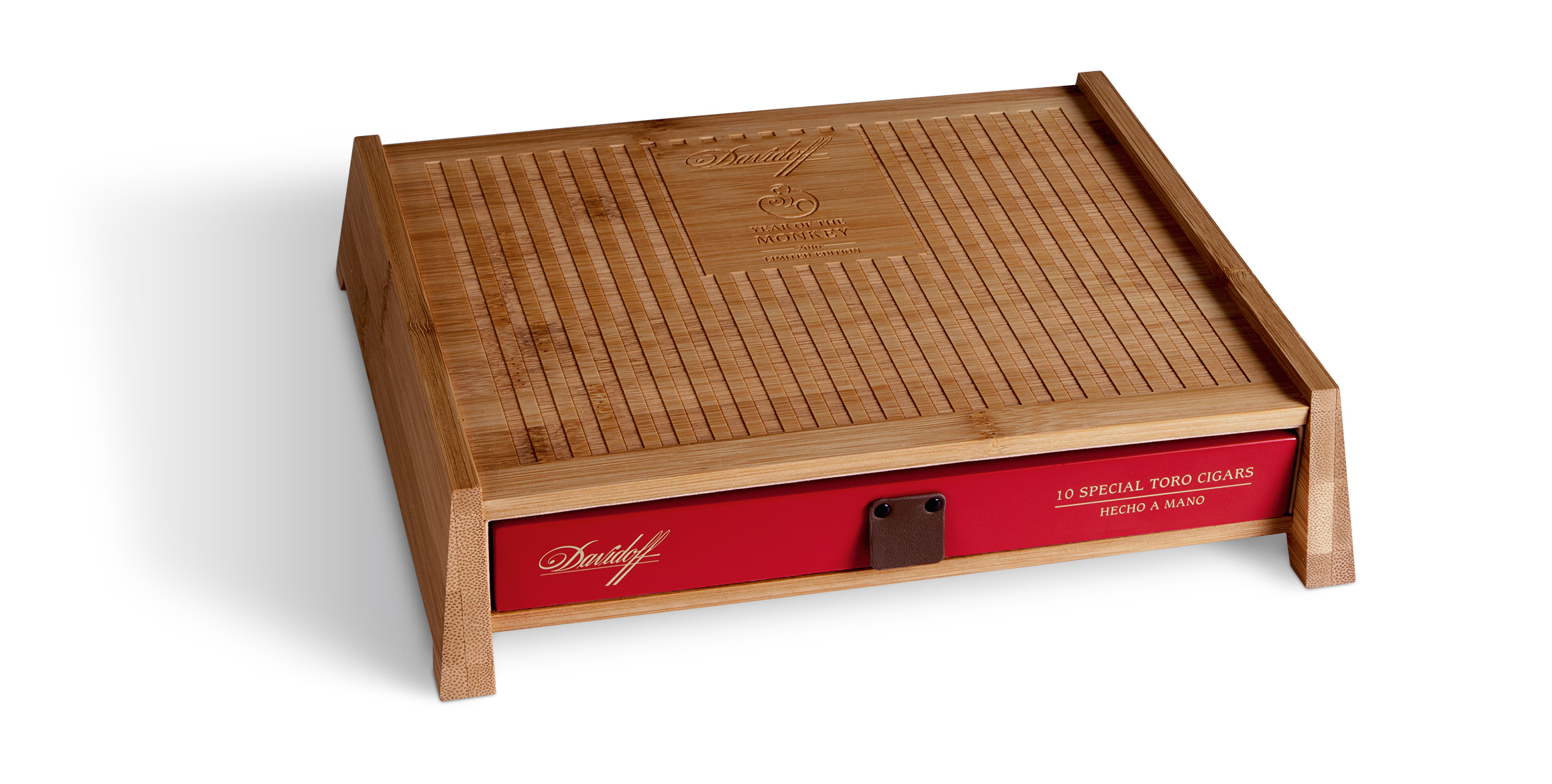 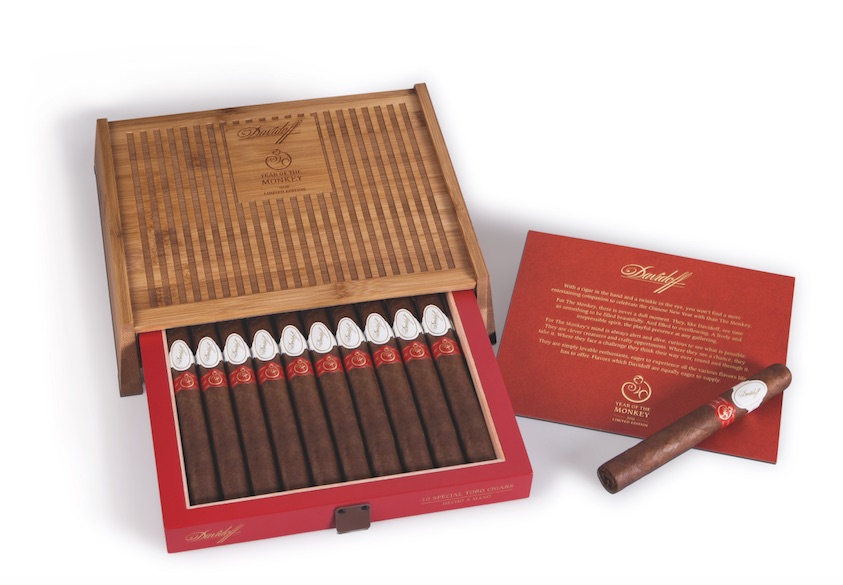 Inside the packaging, Davidoff has a short write-up describing the monkey creature in relation to this cigar as follows:

With a cigar in the hand and a twinkle in the eye, you won’t find a more entertaining companion to celebrate the Chinese New Year with than the monkey.

For the monkey, there is never a dull moment. They, like Davidoff, see time as something to be filled beautifully. And filled to overflowing. A Lively and irrepressible spirit, the playful presence at any gathering.

For the monkey’s mind is always alert and alive, curious to see what is possible. They are clever creatures and crafty opportunists. Where they see a chance, they take it. Where they face a challenge, they think their way over, round and through it.

They are simply lovable enthusiasts, eager to experience all the various flavors life has to offer. Flavors which Davidoff are equally eager to supply.

Without further ado, let’s break down the Davidoff Year of the Monkey Limited Edition 2016 cigar and see what it brings to the table:

The Ecuadorian Rojiza wrapper has been one of those special wrappers that Davidoff has made use of. We have seen this varietal on such releases as Davidoff Winston Churchill, The Griffin’s Special Edition Club Series III, and the Zino Platinum Make of New York cigars. The “Corte 3” stands for third priming.

The Davidoff Year of the Monkey Limited Edition 2016 comes in one size – a 6 1/2 x 50 Toro. As mentioned, the cigars will be available in ten count boxes. In terms of total production, the total number of boxes produced is 8,500.

The Ecuadorian Rojiza wrapper of the Davidoff Year of the Monkey Limited Edition 2016 has a medium brown color with a colorado red tint to it. Upon closer examination, some darker marbling can be seen on the surface. The wrapper has a slight oily sheen on it. There are some visible veins and most of the wrapper seams are decently hidden. There is a small pig-tail (representing a Monkey tail) on the cap that is affixed to the cigar.

There are two bands on the Davidoff Year of the Monkey. The first band is similar to the classic Davidoff White label. It features the name “Davidoff” in classic cursive gold-colored font on an oval field of white. There are small gold circles going around the perimeter of the oval. The word “GENEVE” (in gold font) flanks to the right of the oval field. To the left of the oval is the text “LIMITED EDITION”.

The second band is primarily red in color. There is a gold pinstripe toward the top of the band and a gold one toward the bottom. On the center of the band is an image of a monkey. To the left of the image it says “YEAR OF” to the right it says “THE MONKEY” – both in gold font.

The Davidoff Year of the Monkey started with notes of cedar, dusty earth, and white pepper. The earth notes became primary while the cedar and white pepper notes moved into the background and were also joined by natural tobacco notes. The aroma to the Year of the Monkey was excellent as it had a cedar sweet-spice. This cedar sweet-spice could also be detected on the retro-hale.

Later in the first third, a unique herbal sweetness emerged on the tongue which pretty much replaced the cedar notes. These notes soon became more prominent and moved toward the forefront. Meanwhile the earth, natural tobacco, and white pepper notes remained in the background.

By the midway point of the Davidoff Year of the Monkey, the herbal sweetness took control of the flavor profile. The earth notes moved in and out of the forefront while the natural tobacco and pepper notes were in the background. Later in the second third, the pepper notes seemed to move from a white pepper to a black pepper. These spice notes also began to increase.

During the last third, the herbal notes shed its sweet characteristics. While there was more pepper spice at this point of the smoking experience, it never took total control of the cigar. By this point the natural tobacco notes were replaced by grassy noted. This is the way the Davidoff Year of the Monkey came to an end. The resulting nub was firm to the touch and cool in temperature.

From a burn perspective, I found the Davidoff Year of the Monkey to score well. The burn path remained straight from start to finish. The actual burn line had a slight curvature, but this was remedied easily with some touch-ups from my lighter. I did not consider the amount of touch-ups to be excessive with this cigar. The resulting ash was a silvery gray color with some darker spots mixed in. The ash was on the firm side and came off the cigar in nice clean chunks. I found the combustion of Year of the Monkey to perform quite well – delivering an ideal burn temperature and ideal burn rate throughout the smoking experience. 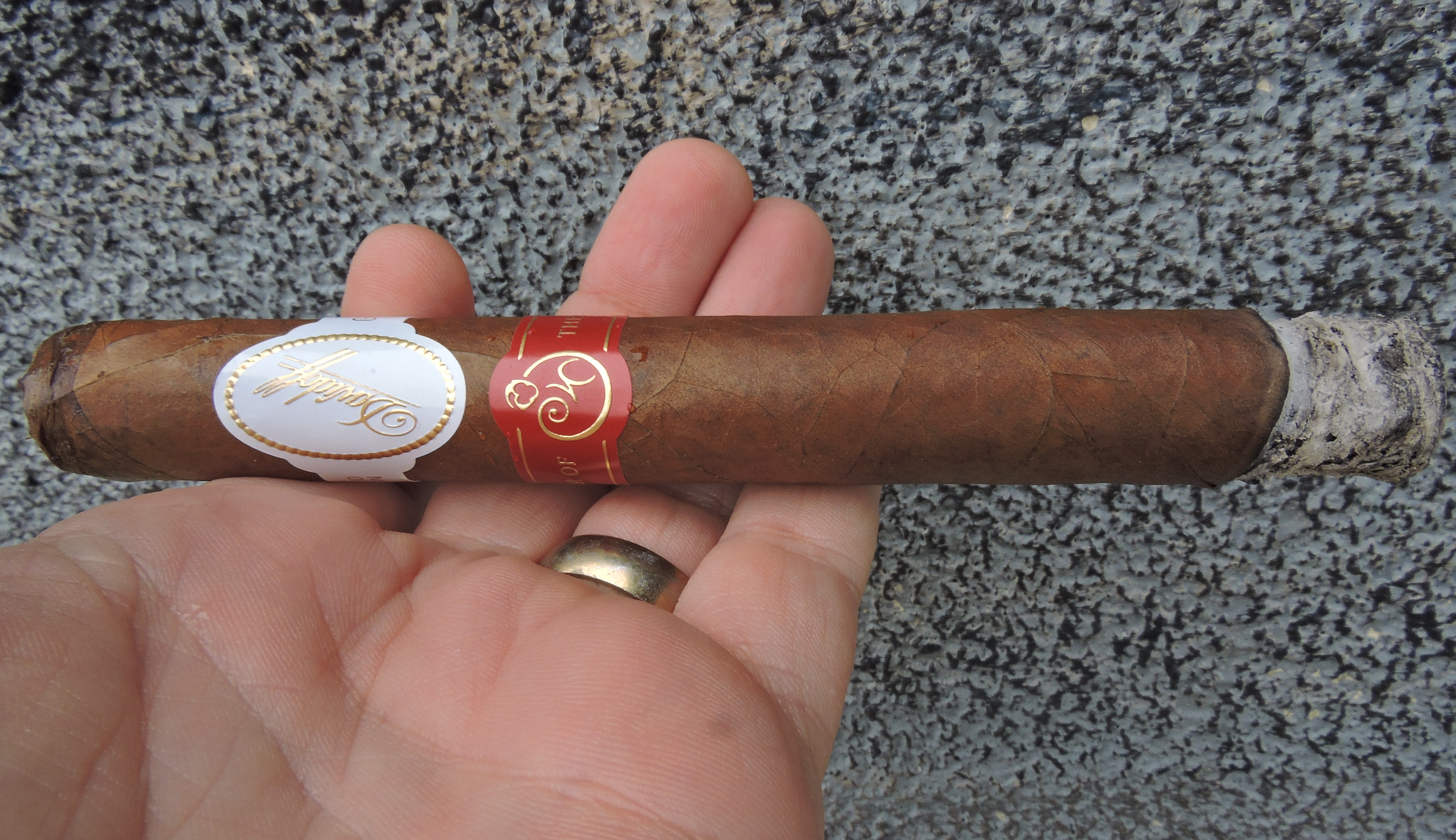 The draw also performed well. This wasn’t an overly tight draw, nor was it a loose draw. This was a low maintenance draw to derive flavors from.

From a strength and body perspective, I found the Davidoff Year of the Monkey does an excellent job at balancing both attributes with neither one overshadowing the other. The Year of the Monkey started out as a medium strength, medium-bodied cigar. I found the cigar maintained a pretty constant level for both attributes, but toward the last third of this cigar, I did find both the strength and body to spike up into the medium to full range.

The increase in strength and body toward the last third worked against this cigar. The reason is I found the flavor profile less interesting at this stage of the smoke, and the spike only amplified this fact.

First up, the Davidoff Year of the Monkey Limited Edition is a good cigar and it is one that will certainly have appeal with many Davidoff fans. However this is not a cigar that scores as high as its predecessors in the Chinese Zodiac Series. Each of those predecessors had certain intangibles which helped the cigars not only score well, but justify it being a $30.00 + ultra-premium cigar. Our numerical rating does not factor price in, but our Assessment Rating does.

There was some complexity to this cigar, but it was a classic case of a cigar that could not make up its mind what it wanted to do. While the herbal sweetness was unique, it was not enough of an intangible in my book to lift this cigar to an elite scoring/ assessment level. As mentioned, when the flavor profile went flat during the last third, the increase in strength and body amplified this flatness.

I’ll emphasize one thing. This is a cigar I am still encouraging cigar enthusiasts, and in particular Davidoff fans to try and make an investment in one. It’s probably a cigar I would steer to a more seasoned cigar enthusiast. After that you can make your own decision. However, I’m not ready to recommend a box purchase out of the gate like I was for its predecessors. As I mentioned, this is still a good cigar, and it’s one I’d like to revisit down the road to see how it holds up to aging.