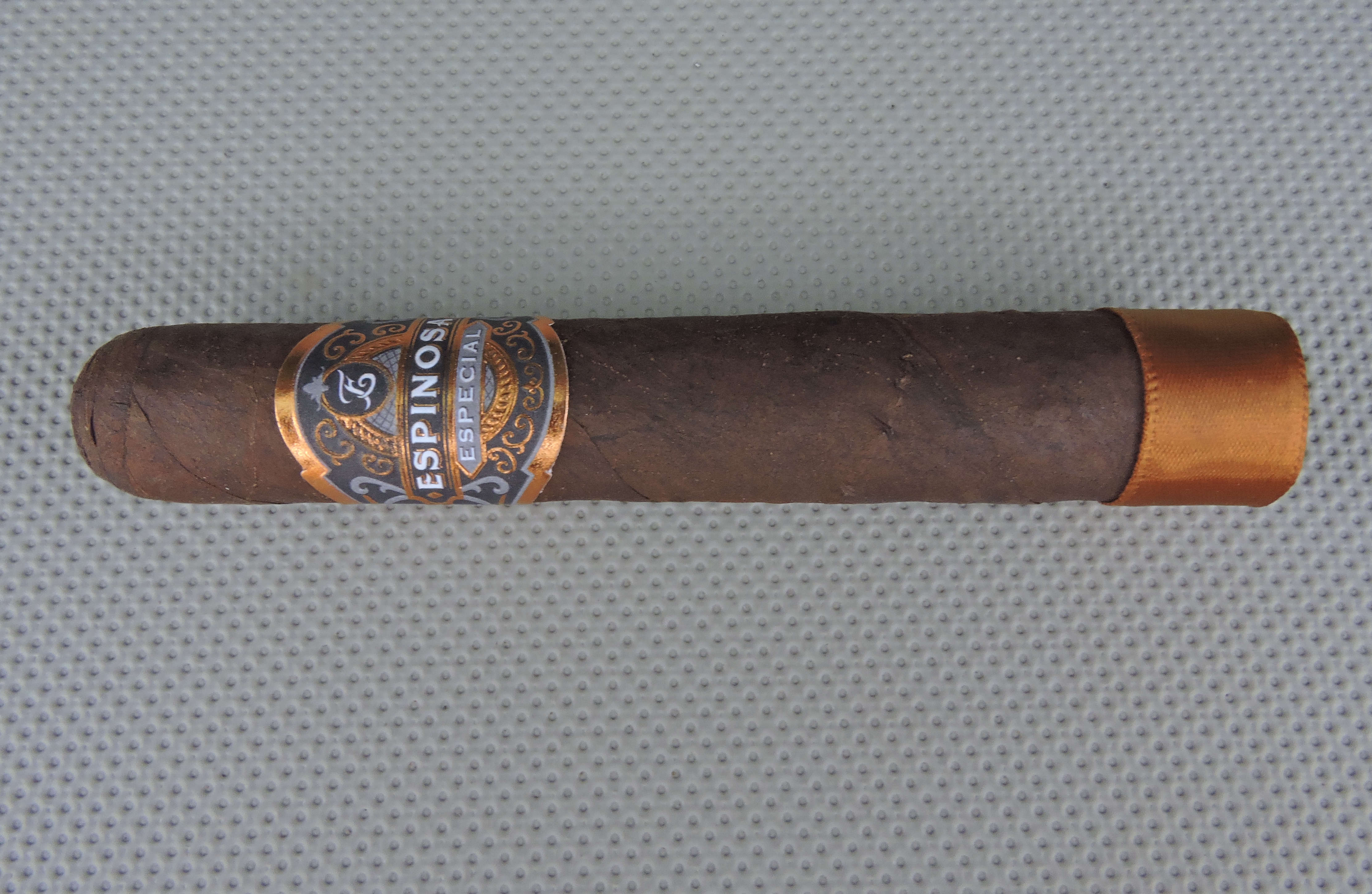 The Espinosa Especial is a new line launched by Espinosa Cigars in 2015. The line itself was announced earlier this past Spring. In July, the line made its debut at the 2015 IPCPR Trade Show and shipped to retailers this Fall. For this particular line, the company turns to a wrapper that it is very familiar with -Mexican San Andres. Recently I’ve had an opportunity to smoke the Espinosa Especial in the No. 4 (Robusto) size. Overall, I found this cigar delivers another exceptional smoke into the Espinosa Cigars portfolio and does a great job at using the San Andres wrapper.

Without further ado, let’s break down the Espinosa Especial No. 4 and see what this cigar brings to the table.

In addition to the Mexican Capa Negra wrapper, the binder and fillers are comprised of Nicaraguan tobaccos from the four main growing regions of Nicaragua (Esteli, Jalapa, Condega, and Ometepe).

The Espinosa Especial is currently available in three sizes.  The cigars are packaged in ten count boxes. 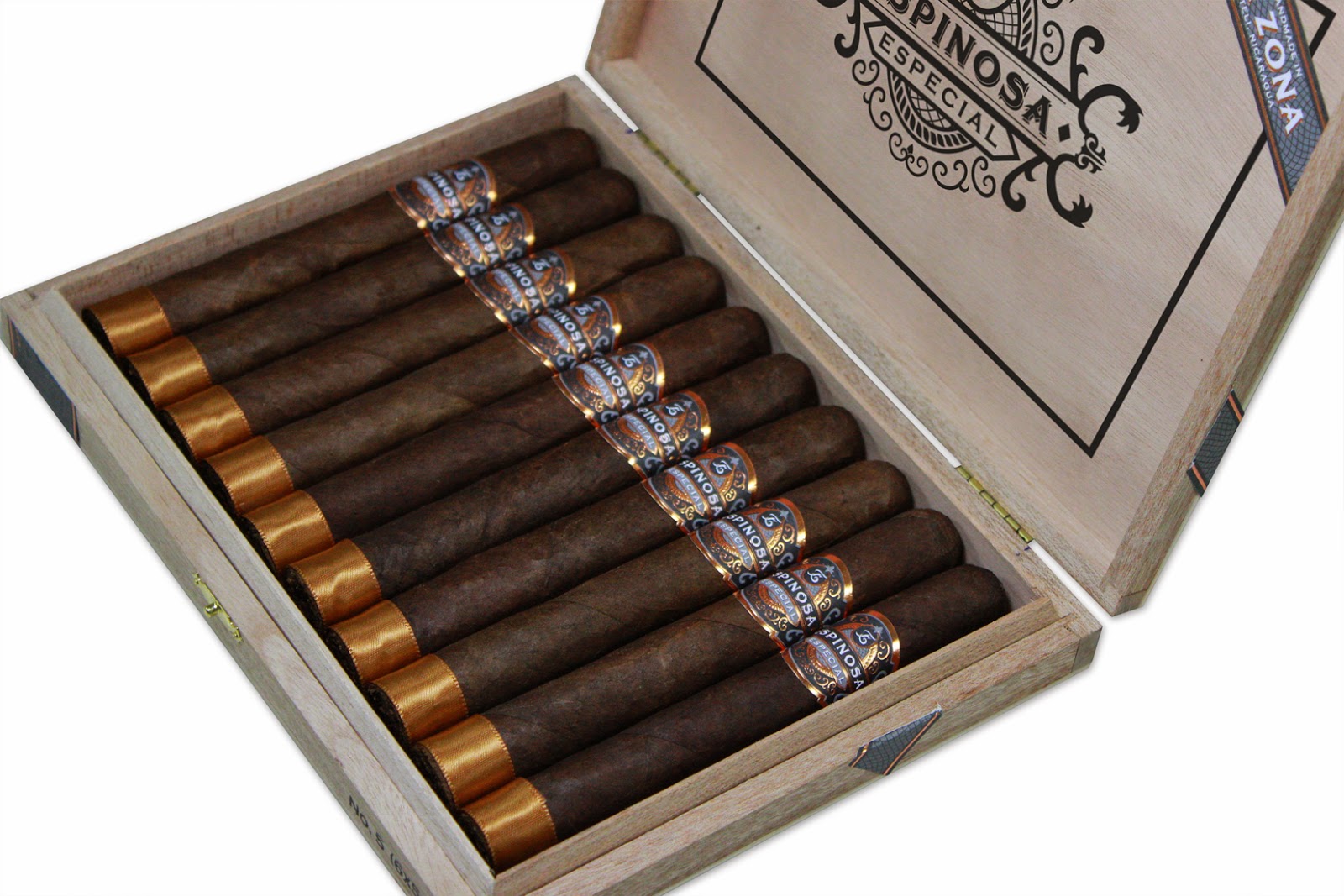 The Mexican wrapper of the Espinosa Especial No. 4 has a rich roasted coffee bean color to it. Upon closer examination, some darker marbling can be seen on the surface. There wasn’t much in the way of oil on the surface of the wrapper. While the cigar feels a little rugged when held in the hand, this still was a relatively smooth wrapper. There are some visible veins, but the darker color of the wrapper does a nice job at hiding the wrapper seams.

The band of the Espinosa Especial has a dark gray /blue, light gray, and copper color scheme. The middle of the band has a dark gray / blue stripe with the text “ESPINOSA” in white font. Below that stripe a is light gray stripe with the text “ESPECIAL” in smaller font. Toward the top of the band is Espinosa “Z” scripted logo in white font on the dark blue gray background. On the left and right side of the band is the text “HANDMADE BY TABACALERA LA ZONA ESTELI NICARAGUA in copper font on a light gray background. To the far right is a gray circle with copper trim that serves as a band fastener. A cursive white “E” sits on that circle. The remainder of the band has a copper, gray, and dark gray / blue design. The band is also trimmed in copper.

There is a copper colored ribbon surrounding the footer.

Prior to lighting up the Espinosa Especial No. 4, I went with a straight cut to remove the cap. After clipping the cap, I moved on to the pre-light draw stage. The cold draw provided a mix of roasted coffee, earth, and a very subtle cedar spice. Overall I considered the pre-light draw to be satisfactory of the Especial No. 4. At this point, I removed the ribbon from the footer, lit up the cigar, and awaited what the cigar experience would have in store.

The start of the Espinosa Especial No. 4 delivered a mix of espresso, earth, cream, and black pepper notes. The espresso and earth notes quickly moved into the forefront while the cream and pepper settled in the background. I also detected notes of black pepper on the retro-hale.

During the second third, I found the flavor profile remained similar. The pepper notes did diminish slightly. There still was some cream present in the background. Meanwhile the espresso, sweet mocha, and earth notes continued to be primary.

By the last third of the Espinosa Especial No. 4, the cream notes were gone. The pepper notes increased slightly, but still were secondary to the espresso, mocha, and earth notes. I found this cigar maintained its flavor right until the end. The resulting nub was firm to the touch and cool in temperature.

The burn of the Espinosa Especial No. 4 performed well. The cigar maintained a straight burn path from start to finish. There was a slight amount of curvature on the burn path. I didn’t find this cigar required an excessive amount of touch-ups.  The resulting ash was a charcoal gray color. The ash was not overly tight and there were a few times it was slightly flaky. I did find the combustion of this cigar to be excellent as the Especial No. 4 maintained an ideal burn rate and ideal burn temperature. 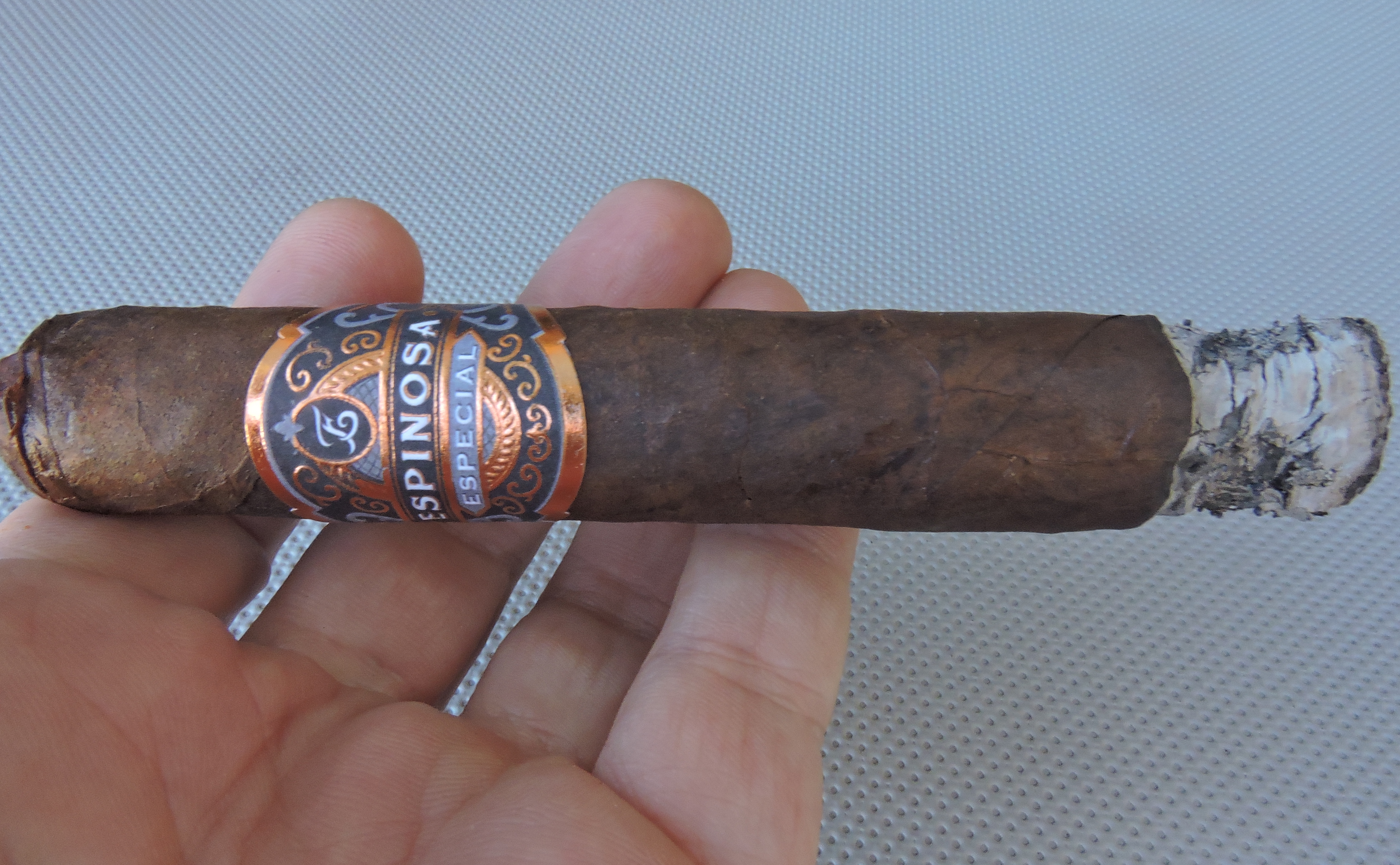 Burn of the Espinosa Especial No. 4

The draw to the Espinosa Especial No. 4 had a touch of resistance to it. This is something that I prefer and it made for an ideal experience.

Despite its dark color, I did not find the Espinosa Especial No. 4 to be a nicotine bomb. This cigar  was medium strength from start to finish. As for the flavors, they did have a little more weight on the palate – in particular when the retro-hale was factored in. Overall I assessed the Especial No. 4 as being medium to full-bodied. When it came to strength versus body, I gave the edge to the body.

Overall I found the Espinosa Especial No. 4 to be an interesting and enjoyable smoking experience. I commented earlier on how “this cigar felt rugged in the hand, yet had a smooth wrapper”. A similar analogy can be made with the flavor profile. There were times this cigar did have a rougher, grittier profile. On the flip-side, there was just enough sweetness and cream along the way to make this cigar more refined. I tend to be critical of some San Andres releases, but this balance helps this blend work quite well. This is a cigar I would recommend to an experienced cigar enthusiast. I also find this to be the type of cigar that a newer cigar enthusiast can “graduate” to something in the medium / medium plus range. As for myself, I enjoyed this cigar.  It’s a cigar I would smoke again, and it’s one worthy of a box split.