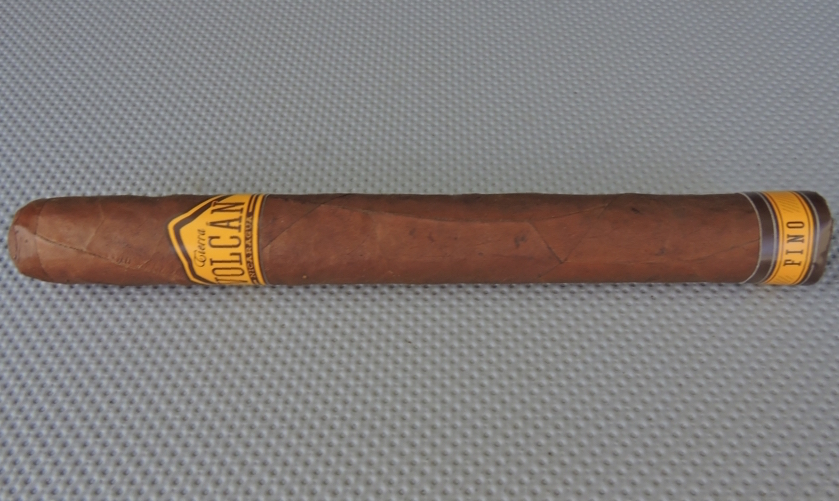 The Tierra Volcan Fino is a new line extension to the initial line by Mombacho Cigars SA. It was over a year ago when Tierra Volcan line made its debut in the U.S. market. The cigar is made in Nicaragua, as opposed to Esteli (where most Nicaraguan factories are located), it is actually made in the city of Grenada. Mombacho Cigars SA operates its own factory in that city (Casa Favilli). The Fino is the fifth vitola to be released in the Tierra Volcan line adding a 6 x 44 Corona Larga into the mix. Recently I’ve had an opportunity to smoke the Tierra Volcan Fino. Overall I found this to be a solid and enjoyable cigar experience.

Mombacho Cigars S.A. was founded in 2006. The cigars have been distributed in Canada but have also been available in China in such markets like Beijing, Guangzhou, and Shanghai. In Canada, the company has partnered in the luxury goods and sports industry with such brands as Moët Hennessy, Louis Vuitton, the NBA’s Toronto Raptors, MLB’s Toronto Blue Jays and the NHL’s Toronto Maple Leafs.

Without further ado, let’s take a closer look at the Tierra Volcan Fino and see what this cigar brings to the table.

The Tierra Volcan line is a Nicaraguan puro featuring tobaccos from a variety of regions. As mentioned, the cigars are produced at Casa Favilli in Grenada.

The Sun-Grown Jalapa wrapper of the Tierra Volcan Fino has a medium brown color with a rosado tint to it. There is a slight amount of oil on the surface of the wrapper. There are some visible wrapper seams as well as some thin visible veins.

With the exception of the Vulcanite, a secondary band exists on most of the Tierra Volcan indicating the vitola name. For the Fino, there is a thick yellow stripe with the text “FINO” in large brown font on it. To the left and right of that text is a very light brown angled design. The band also has thick brown trim across the top and bottom.

Prior to lighting up the Tierra Volcan Fino, I went with a straight cut to remove the cap. After removing the cap, I moved on to the pre-light draw stage. The dry draw delivered subtle notes chocolate, cedar, pepper, and a slight grapefruit-like sweetness. Overall I considered this to be a satisfactory pre-light draw. At this point, I removed the footer band of the Tierra Volcan Fino, lit up the cigar and moved into the smoking stage.

The Tierra Volcan Fino started out with notes of cedar, assorted pepper, chocolate, and some more of the grapefruit-like citrus notes I had detected on the pre-light. The chocolate, cedar, and pepper notes moved into the forefront early on. At the same time, the cedar and pepper gave this cigar a spicy profile during this stage. Meanwhile, the citrus notes became a background note. In addition, the cedar and pepper were prominent on the retro-hale. While the chocolate and citrus notes weren’t overly sweet, it provided just enough to balance the spiciness.

During second third, I found the cedar and pepper notes receded into the background joining the citrus notes. Meanwhile, the chocolate notes remained the primary note.

By the last third, I found the spices returned to the forefront joining the chocolate notes. The citrus component still remained in the background. There was a little bit of harshness at the end, but at this point it was time to put down the cigar. The resulting nub was slight soft to the touch, but cool in temperature.

Overall I found the Tierra Volcan Fino performed well on its burn. While there was a little bit of jaggedness on the actual burn line, I found the cigar burned relatively straight and was never in danger of tunneling or canoeing. The resulting ash was a salt and pepper color. The ash wasn’t overly firm. There was some occasional flaking along the way and this didn’t prove to be too problem-some. The combustion of the Fino was excellent as it had an ideal burn rate and ideal burn temperature. 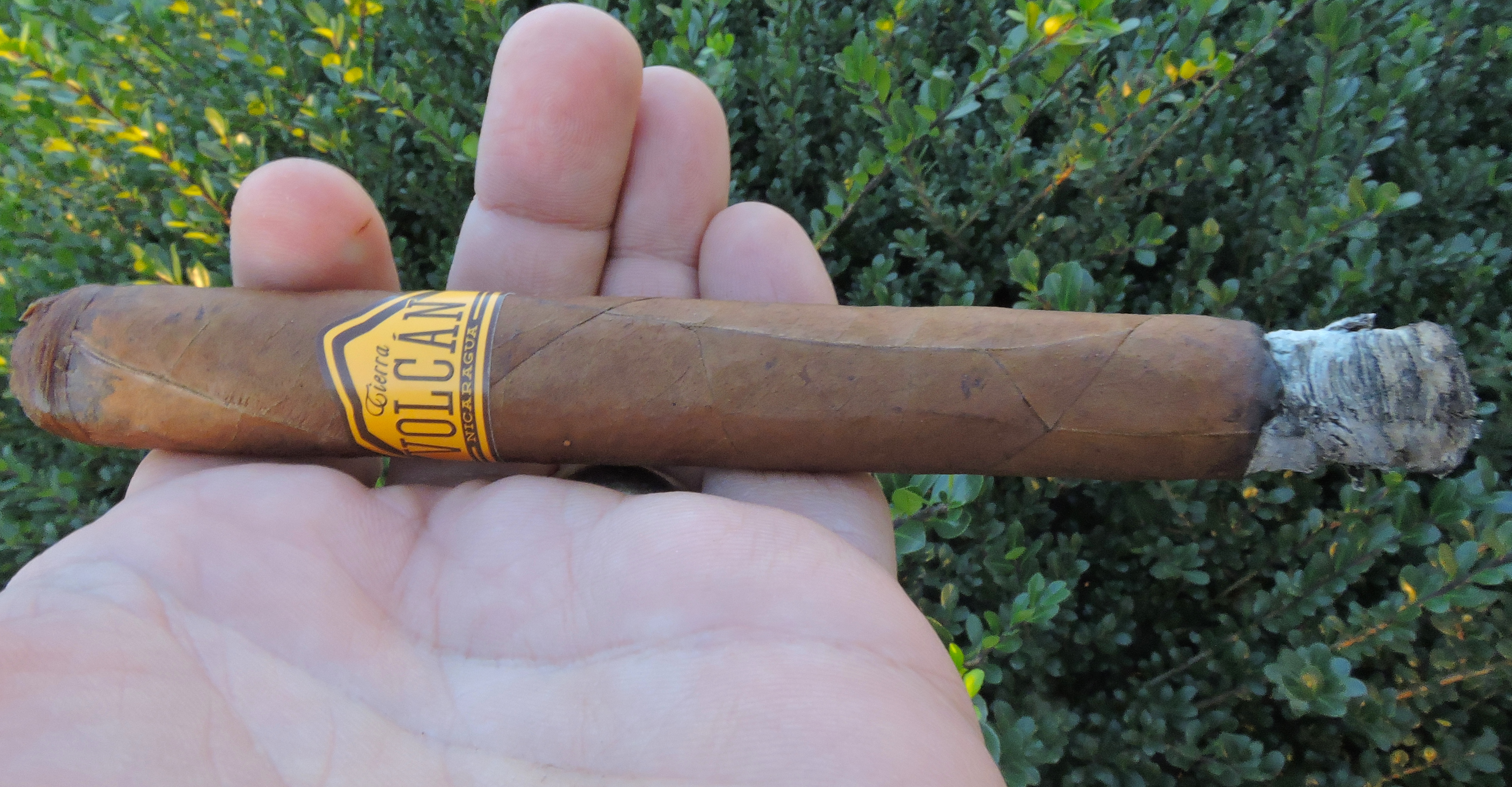 Burn of the Tierra Volcan Fino

There was a slight resistance to the draw of the Tierra Volcan Fino – which is something I like. This helped to enhance the smoking experience in my book.

While this cigar isn’t going to be a nicotine bomb, what I found is that this is a bold and robust smoke. This cigar delivered a nice amount of spice, but there was just enough sweetness there to counter it and prevent it from dominating too much. I didn’t find this cigar’s flavor profile to be revolutionary, but I still found it to be satisfying.  Traditionally, I’ve found other sizes of the Tierra Volcan line age very well, and I have no reason to believe the Fino won’t stand up to age. This is a cigar I would steer more toward the experienced cigar enthusiast – particularly one that prefers the bolder profile. As for myself, it was an interesting enough cigar for me to smoke again and purchase a fiver to keep in my humidor.