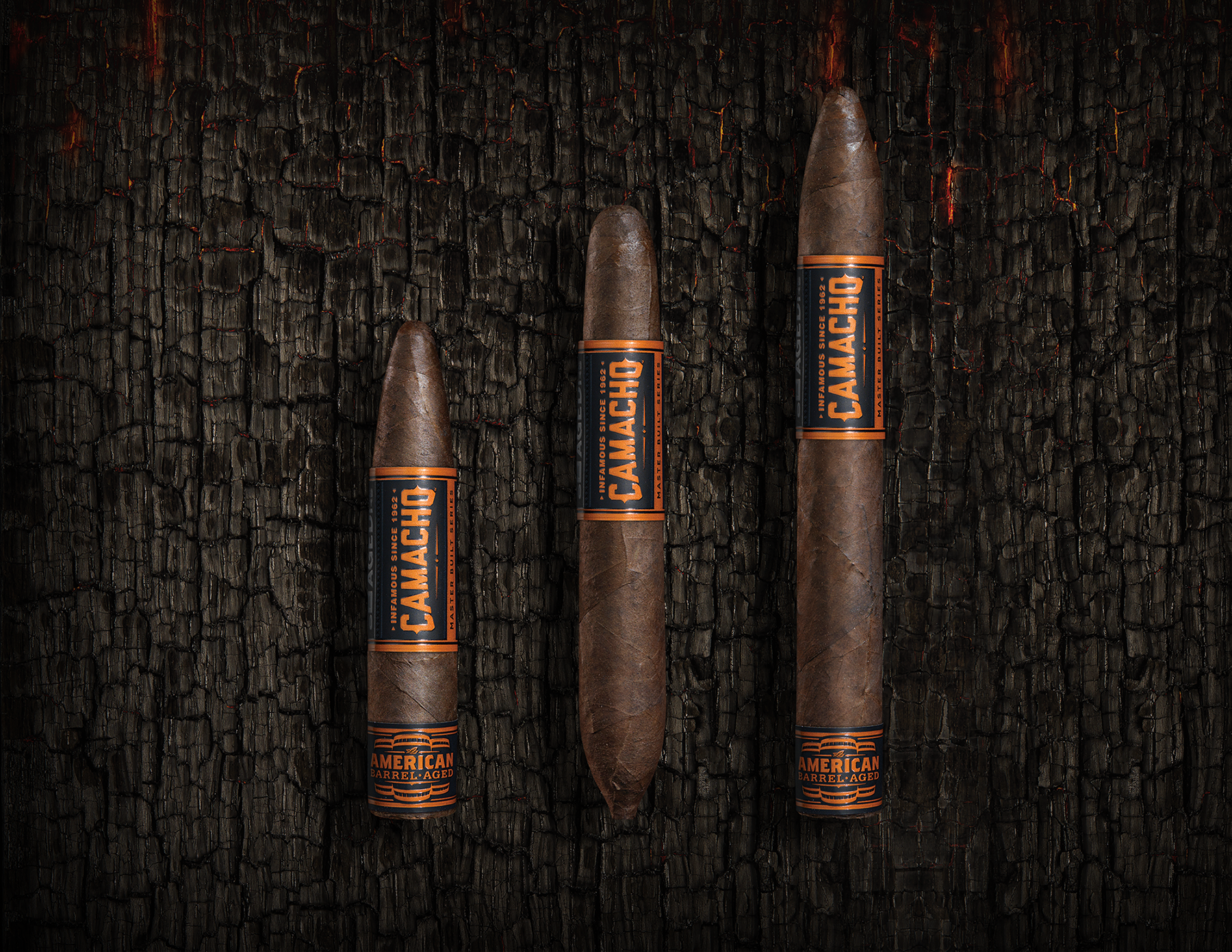 This was one the more unique cigars to hit the market in some time. This blend is comprised of mostly American (U.S.) tobacco (a first for Camacho) which includes a five year old American Broadleaf wrapper. What sets this cigar apart from others is the incorporation of a six year old Honduran Corojo leaf aged in Kentucky bourbon barrels that is a part of the filler.  The cigar itself is produced in the Dominican Republic – another first for the Camacho brand.

The sampler which will exclusively contain these new sizes will have a suggested retail price of $39.99.

At a glance, here is a look at the Camacho American Barrel Aged line: