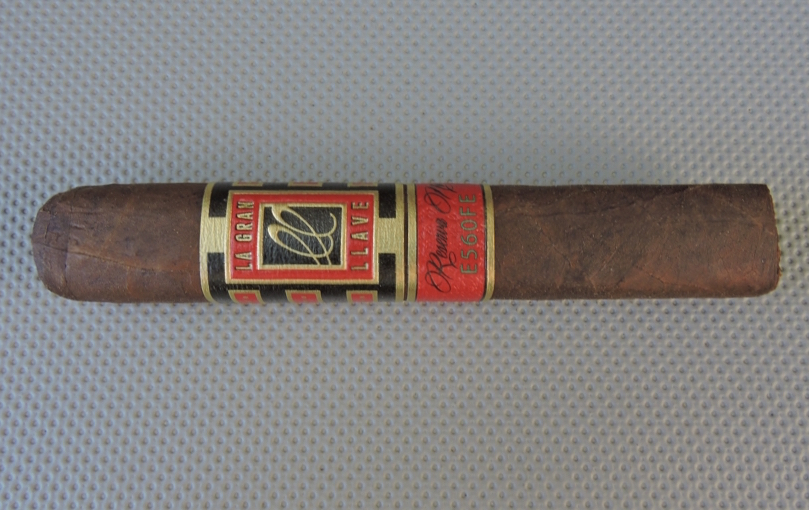 Back in February, a new company called La Gran Llave was announced. La Gran Llave is a company owned by Michael Argenti and Angel Aguayo. Argenti is an industry veteran that many know of in the cigar industry. He is well-known for his tenure at Tabacalera Perdomo  S.A. where he served as Executive Vice President. More recently, he is known for being the President and CEO of Berger & Argenti cigars. Now at La Gran Llave, the new company has launched is self-titled offering, the La Gran Llave line. For this project, Argenti has referred to this cigar as “finest blend he has ever been associated with”. Recently, I’ve had an opportunity to smoke the La Gran Llave in the Robusto size. Overall I found this to be an outstanding cigar and one that cigar enthusiasts should have on their radar in 2016.

The name La Gran Llave is Spanish for “The Big Key”. This is a project Argenti has worked on for over ten years. After showing a prototype of the blend to Aguayo, the two were convinced that they needed to bring this to market. To make this cigar a reality, Argenti and Aguayo turned to Abdel (A.J.) Fernandez at Tabacalera Fernandes to make this cigar.

In addition to the launch of La Gran Llave, the company also launched a value-priced long filler bundle offering known as LGL Limited. The LGL Limited is being made at another factory. Both lines were launched at the Tobacco Plus Expo held in Las Vegas back in March.

Without further ado, let’s take a closer look at the La Gran Llave Robusto and see what this cigar brings to the table.

La Gran Llave is a cigar highlighted by its dark Mexican San Andres wrapper. It uses a Habano binder from Ecuador and Nicaraguan tobacco in the filler. 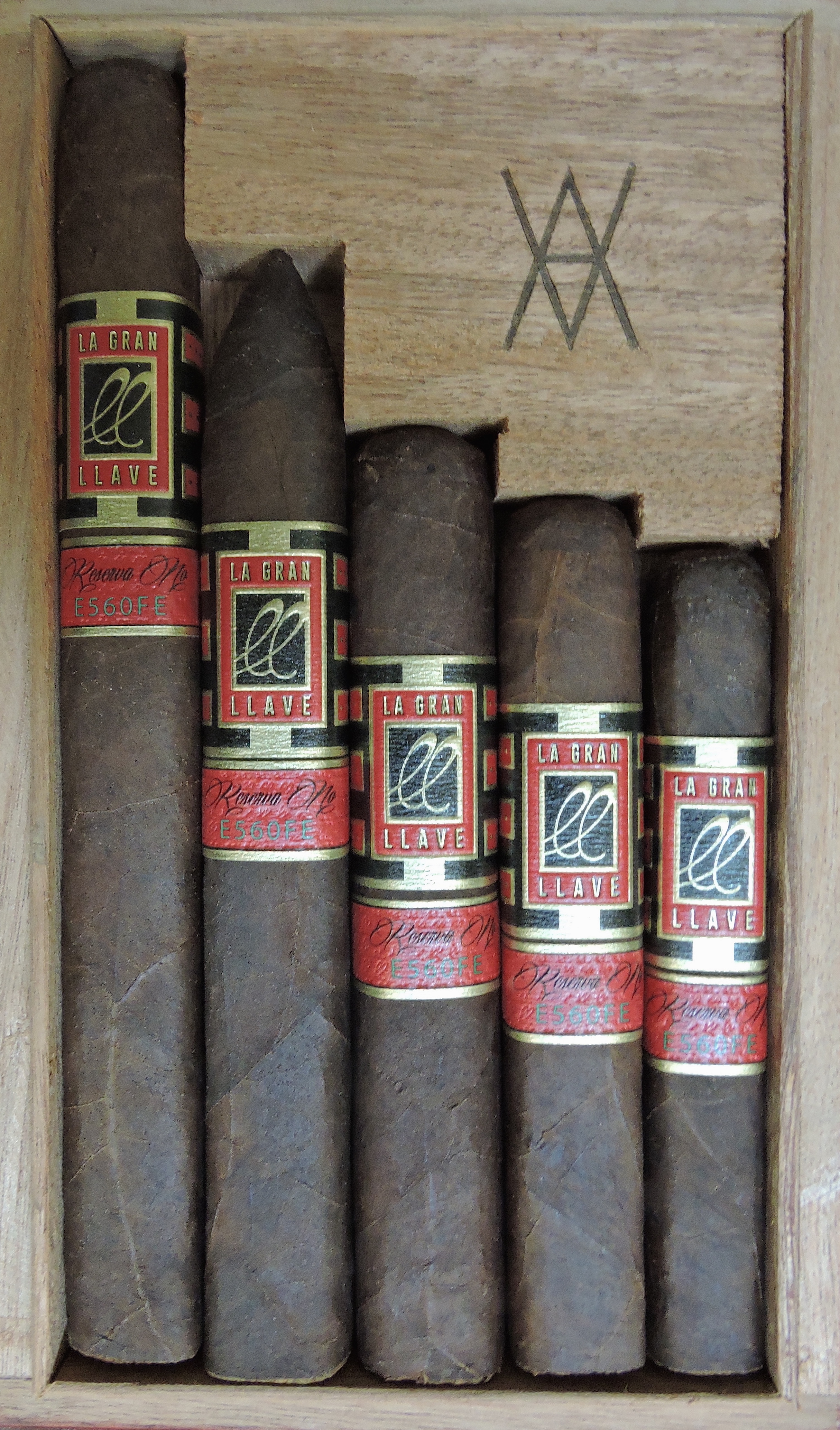 The Mexican San Andres wrapper of the La Gran Llave Robusto had a dark coffee bean color. Upon closer examination, there was some darker marbling visible on the surface. There was a very light coating of oil on the wrapper. The wrapper was almost void of any significant visible veins. Overall, I considered this to be a smooth wrapper. In addition the dark color of the wrapper nicely minimized the wrapper seams. The cigar had a square press shape and there were no soft spots.

The secondary band rests just below the primary band. It has a red textured design with gold trim. On the red background is the text “Reserva No.” in thin black font. Below that text is a serial number “E560FE” in a gray font.

As I normally do, I went with my usual choice of a straight cut to remove the cap of the La Gran Llave Robusto. Once the cap was successfully removed, I moved on to the pre-light draw. The cold draw was classic San Andres Mexican as I detected notes of earth, mocha, a slight cherry sweet, and a slight cedar note. Overall I considered the pre-light experience of this cigar to be excellent. At this point I was ready to light up the La Gran LLave Robusto and see what the smoking phase would have in store.

The start of the La Gran Llave provided a mix of black pepper, earth, cedar, and mocha. The earth notes and black pepper became the primary notes early on. The black pepper was also quite prominent on the retro-hale. Meanwhile, the cedar and mocha moved into the background.

As the La Gran Llave moved through the first third, I still found the earth notes remained primary. The pepper notes receded to a close secondary note. Meanwhile the mocha notes floated back and forth between the background and forefront. I also still detected some cedar notes in the more distant background.

In the second half, the mocha notes transitioned to more of a classic black coffee note. The coffee was now grounded in the forefront with the earth notes. The black pepper and cedar remained secondary. The cedar was still in the distant background where it was joined by some subtle cherry notes where it delivers a touch of additional sweetness.

By the last third, the flavor profile didn’t change much. The pepper increased slightly and became a primary flavor with the coffee and earth. The cherry still provided a subtle amount of sweetness. While there was some spice at the end, I never found it became overwhelming. The resulting nub was firm to the touch and cool in temperature.

Overall I found the performance of the burn of the La Gran Llave Robusto. Both the burn line and burn path remained relatively straight and did not require an excessive amount of touch-ups. The resulting ash was nearly white in color with some dark speckling. The ash was also on the firm side and came off the cigar in nice clean chunks. I found this cigar had excellent combustion as it maintained an ideal burn rate and ideal burn temperature. 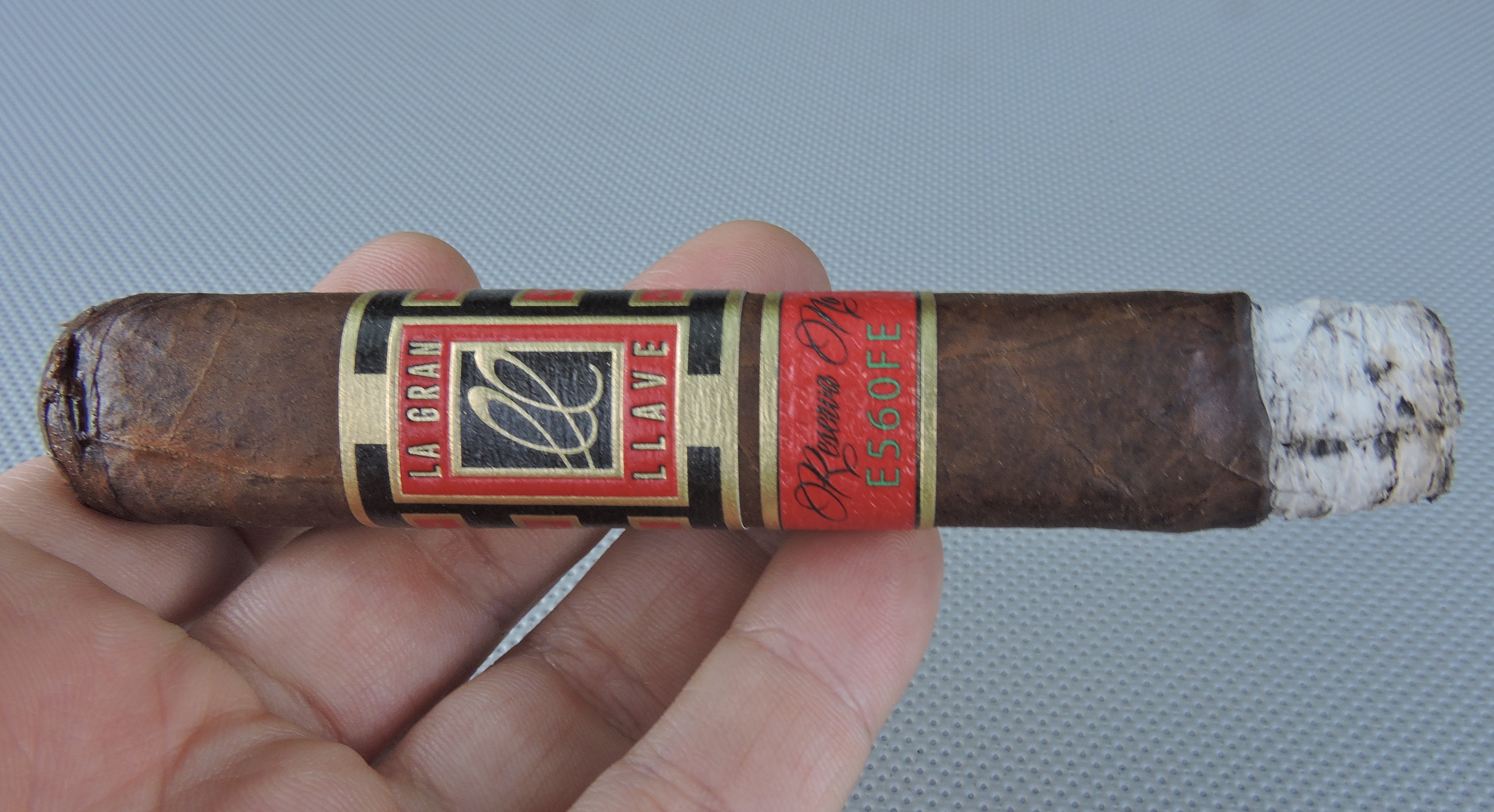 As for the draw of the La Gran Llave Robusto, it also performed very well. I found this to be an open, but not loose draw. It made this a low maintenance cigar to derive flavors from.

From a strength perspective, the La Gran Llave Robusto is not going to overpower you. I found this to be a solid medium cigar from start to finish. As for the body, I did find this cigar had some weight on the palate. When I factored the retro-hale in, I assessed this as having just enough weight to be a full-bodied cigar. Meanwhile when it came to strength versus body, I found the body had the edge.

Overall I found this to be quite an impressive release by La Gran Llave. There was plenty to hold my interest in this cigar from start to finish. If you are looking for a cigar that emphasizes flavor over strength, this is going to be the cigar for you. I found this cigar maintained excellent flavor from start to finish. I’ve been critical of San Andres Mexican wrappers on cigars because they can over-power a blend. With the La Gran Llave Robusto, while there was no doubt I was smoking San Andres, I didn’t find that it was smothering the blend. Overall it’s a blend I would recommend to an experienced cigar enthusiast, but also found this would be a great blend for a novice to graduate to something fuller in body. As for myself