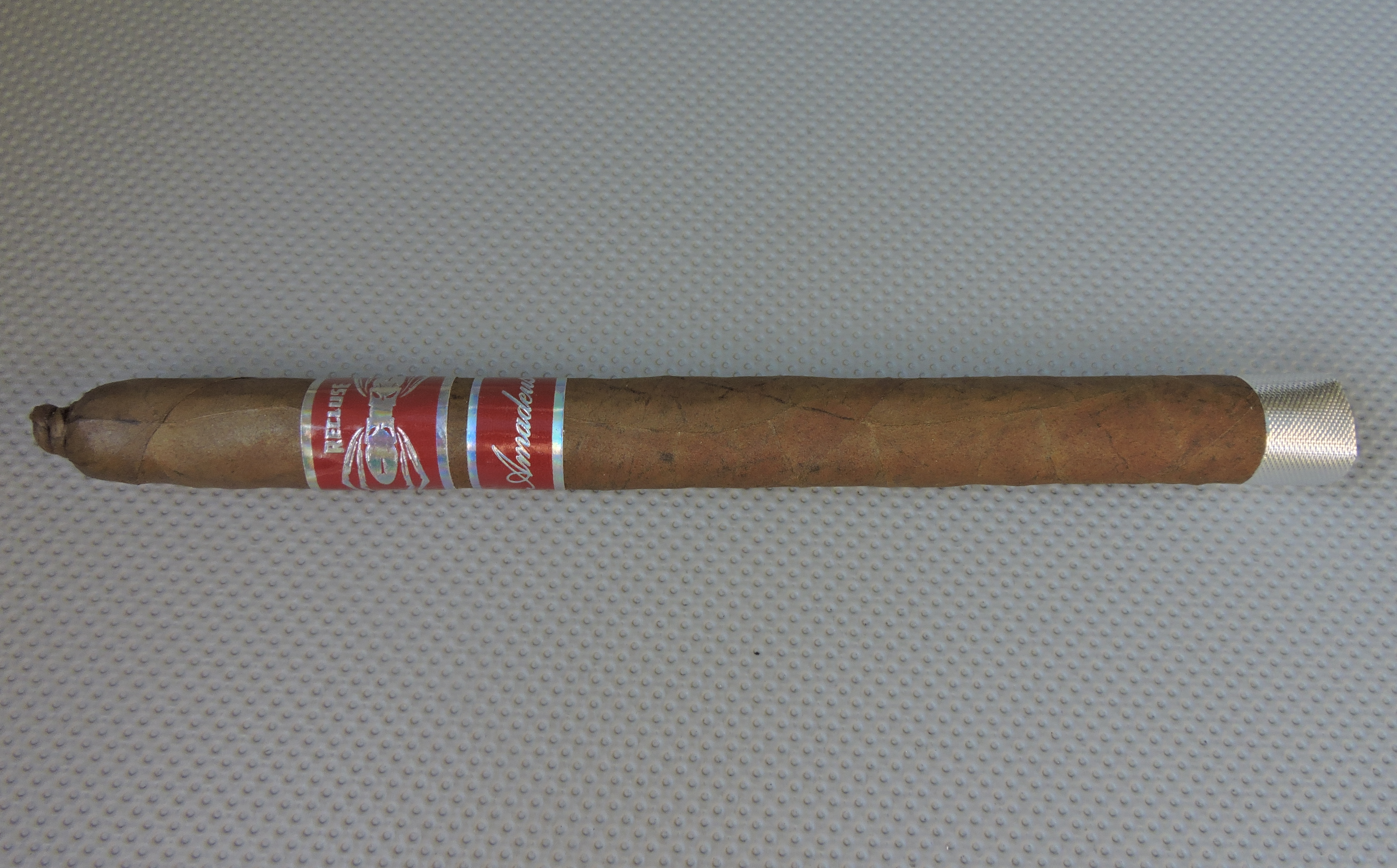 Recluse Cigar Company has added its first lancero into its portfolio. The company has announced the Recluse Amadeus Habano Reserva has received a 7 x 38 line extension. The new cigar will officially be launched at the 2016 IPCPR Trade Show, but Smoke Inn Wellington will have an exclusive window to carry the cigar until the trade show. For those thinking the lancero might be the only thing Recluse has up its sleeve, think again – the company is planning a major expansion at this year’s trade show.

On Episode 190 of Stogie Geeks, Recluse Cigars’ Scott Weeks said that Michael Weiss, the proprietor of Smoke Inn Wellington had convinced him to make the lancero. Because Weiss was the inspiration behind the project, Weeks gave Smoke Inn Wellington the exclusive until the 2016 IPCPR Trade Show.

The Recluse Amadeus Habano Reserva features a Grade A Ecuadorian Habano wrapper, a San Andres binder, and four leaves in the filler consisting of Dominican and U.S. Pennsylvania Broadleaf. Weeks also commented on Stogie Geeks that making the lancero was challenging because the blend maintained the four filler leaves (as opposed to pulling a leaf out), roll, was rolled entubado style (a challenge for a lancero), and was put into a 38 ring gauge (as opposed to a larger 40 or 42).

Consistent with most of Recluse Cigars’ portfolio, the Recluse Amadeus Habano Reserva is being sold in 24 count boxes.

The Lancero format is not been limited to the Amadeus Habano line. Weeks also confirmed a lancero format will also be launched at Recluse Amadeus Connecticut line as well.

While lancero line extensions might seem to indicate a quiet year for a brand, this will not be the case for Recluse. Weeks confirmed to Stogie Geeks that Recluse has plans to introduce nine new blends at this year’s IPCPR Trade Show bringing the total number of facings to 165. While Weeks would not disclose specifics, he did indicate the new blends will be expansions to the the existing OTG, Draconian, and Amadeus brands.

Our interview with Weeks appears below: