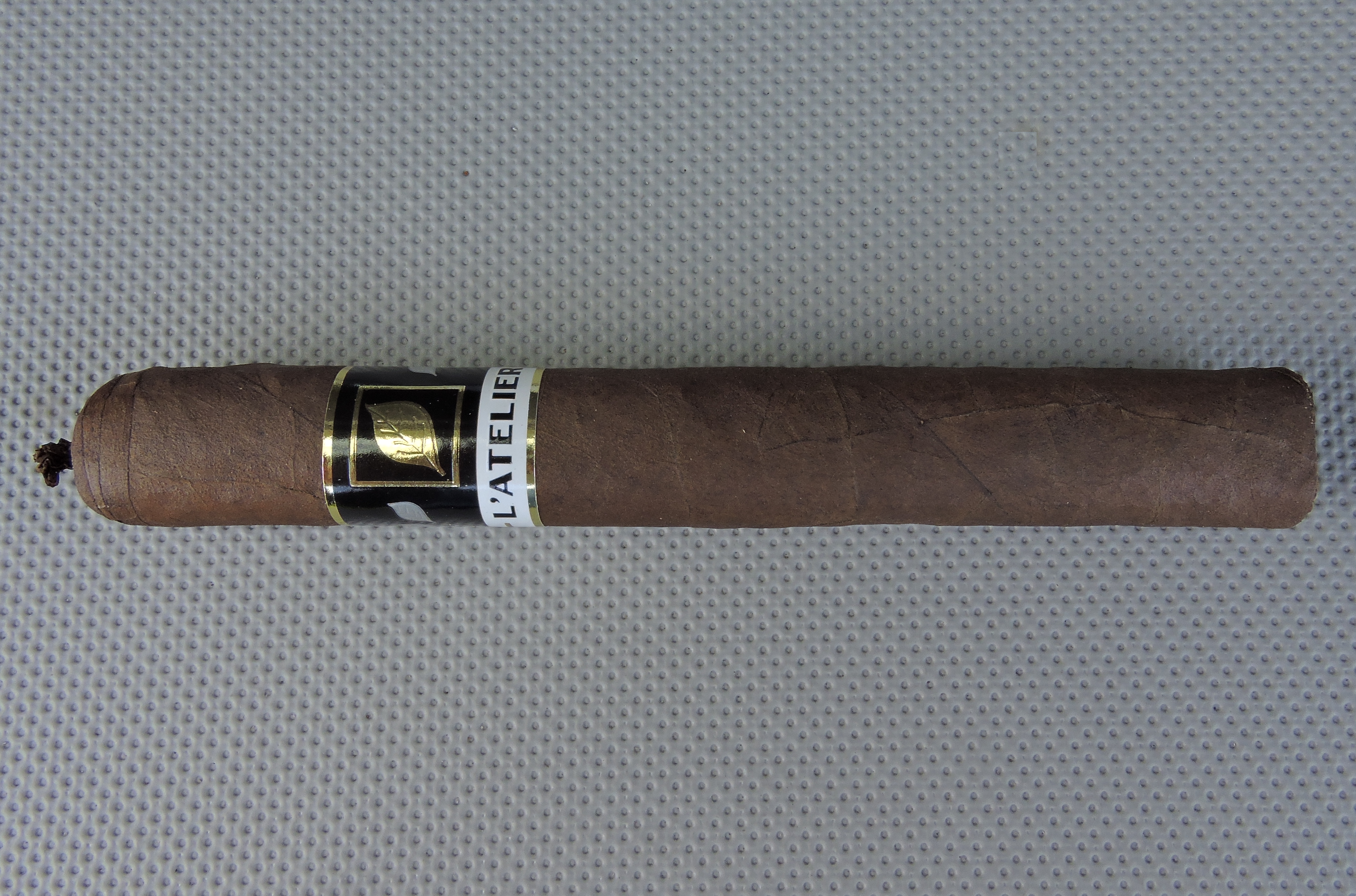 Last Fall, L’Atelier Imports announced its first regional limited edition release called the L’Atelier LAT SEC. As the name indicates, this was a release that was done to the select L’Atelier retailers in the Southeastern United States. In addition to being the company’s first regional release, it also introduced the first box-pressed cigar to carry the L’Atelier name. The blend itself is a modified blend of the original L’Atelier blend. As a part of the tweaked blend, the LAT SEC incorporates a higher priming Sancti Spirtus wrapper – a signature tobacco leaf found in all L’Atelier branded cigars. Recently I’ve had the opportunity to smoke the LAT SEC. After over six months on the market, I found this to be a cigar that really has come into its own and is delivering a very enjoyable smoke.

The name SEC is significant for a couple of reasons. The obvious one is that its a play on the SEC Football conference – consisting of many universities located in the Southeast U.S. states. The second reason comes from the fact that L’Atelier has often paid homage to the wine industry. In the wine sector, SEC is a French term that is used to indicate the level of sweetness of a wine. L’Atelier has incorporated a wine theme most recently in its La Mission du L’Atelier cigar. 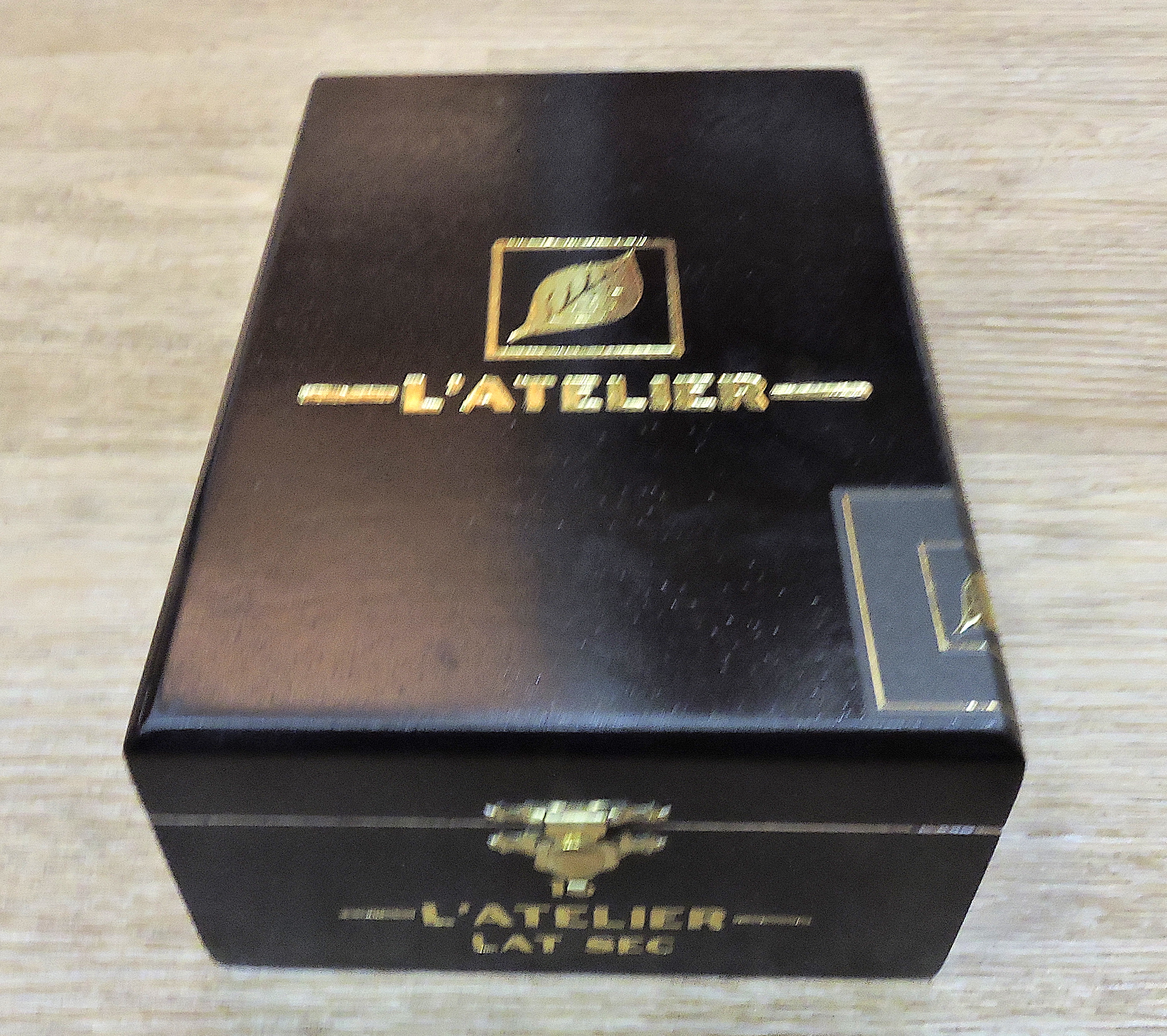 As we mentioned above, every L’Atelier branded cigar incorporates the Sancti Spirtus tobacco. Sancti Spiritus is a hybrid of Criollo and Pelo de Oro and was designed as a replacement seed for Pelo de Oro. For the LAT SEC, Sancti Spirtus is used on the wrapper component. The remainder of the blend features a Nicaraguan binder and Nicaraguan fillers. 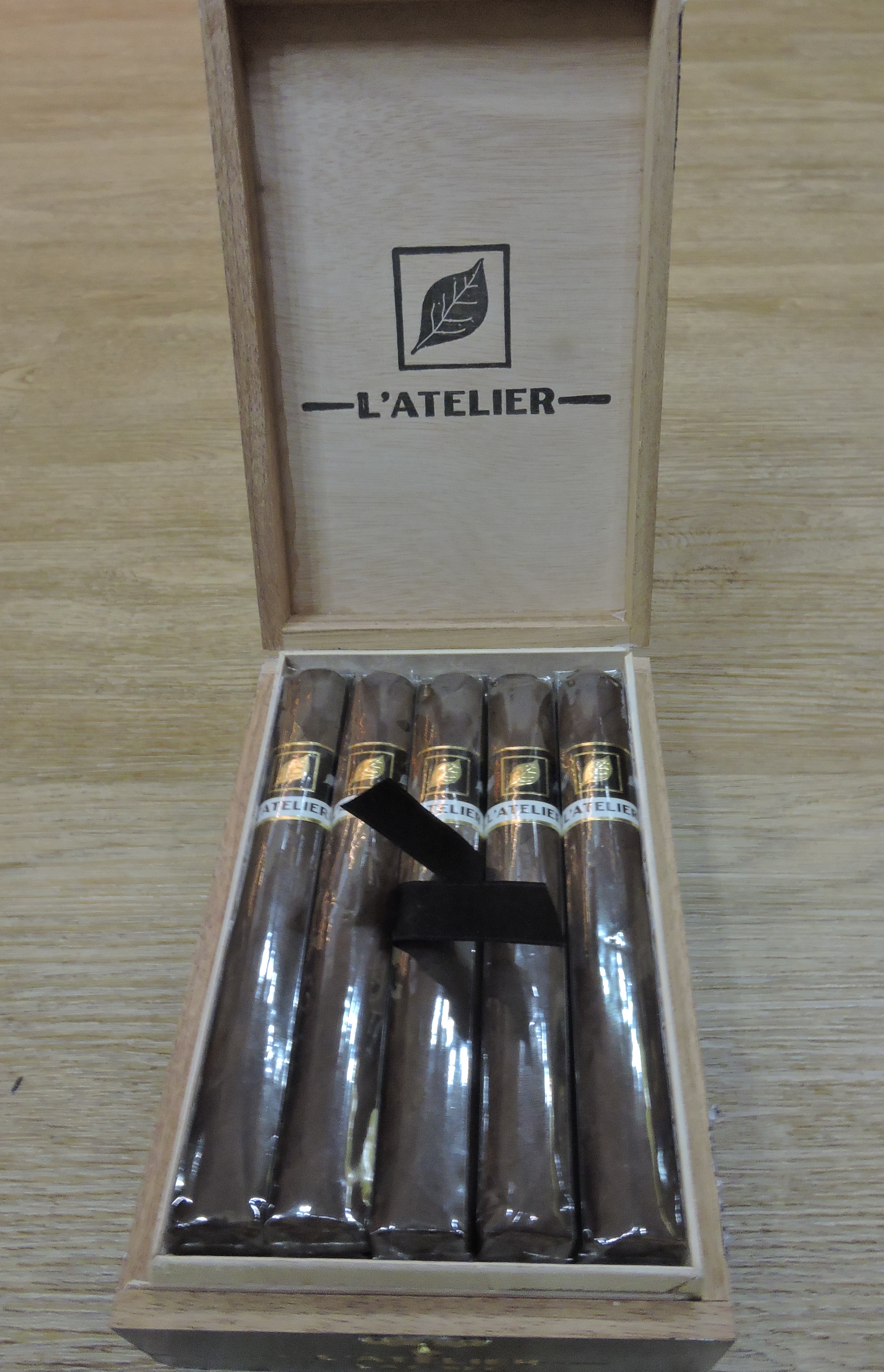 The Sancti Spiritus wrapper of the LAT SEC has almost a chocolate brown color. This wrapper is somewhat reminiscent to the darker priming Sancti Spirius wrapper found on the L’Atelier Selection Speciale. The wrapper itself had a light coating of oil.  The surface of the wrapper was smooth. The wrapper had very thin visible veins and wrapper seams that were well hidden. The box-press itself is a Cuban-style press that was slightly rounded.

The band on the LAT SEC is the one common to the L’Aterlier core line. It has a black, gold, white, and silver color scheme. The top and bottom of the band have a gold trim to it. The majority of the band has a black background. It has the gold L’Atelier logo in the center of it (a gold leaf surrounded by a gold square). There are four silver leaves that surround the logo to the right and left. Below the black background is a white stripe with the name L’ATELIER in black font.

As opposed to pulling the pig-tail off the LAT SEC, I opted to use a straight cut and clip the cap off in its entirety. Once the cap was clipped, I moved on to the pre-light draw phase. The cold draw delivered a mix of chocolate, earth, and citrus notes. Overall I considered this cigar to have a satisfactory pre-light draw. At this point I was ready to light up the LAT SEC and see what the smoking phase would have in store.

By the middle of the first third, I found some earth notes joined the coffee notes in the forefront. Both the coffee and earth alternated as to what note had the edge. At the same time, I detected a cocoa note that was separate from the coffee note (i.e. it wasn’t a “fused” mocha note). Occasionally, the cocoa note also surfaced in the forefront. Meanwhile the pepper and citrus notes remained in the background. This pattern pretty much stayed for the duration of the first half.

By the second half, I detected a nut flavor in the forefront with the cocoa and earth flavors. The cocoa notes still surfaced in the forefront from time to time. There was a slight increase in the white pepper while the citrus notes began to diminish.

The last third of the LAT SEC saw the pepper notes increase and close in on the earth and nut flavors. While I still got some cocoa and citrus at the end, it didn’t play a significant role. This is the way the cigar experience came to a close. The resulting nub was firm to the touch and cool in temperature.

Overall the burn and draw performed quite well with the LAT SEC. The cigar maintained a straight burn path from start to finish. The burn line had a slight amount of jaggedness to it. For the most part, the touch-ups the LAT SEC required were cosmetic in nature. The resulting ash was quite firm and had a salt and pepper complexion to it. The burn rate and burn temperature were both ideal. 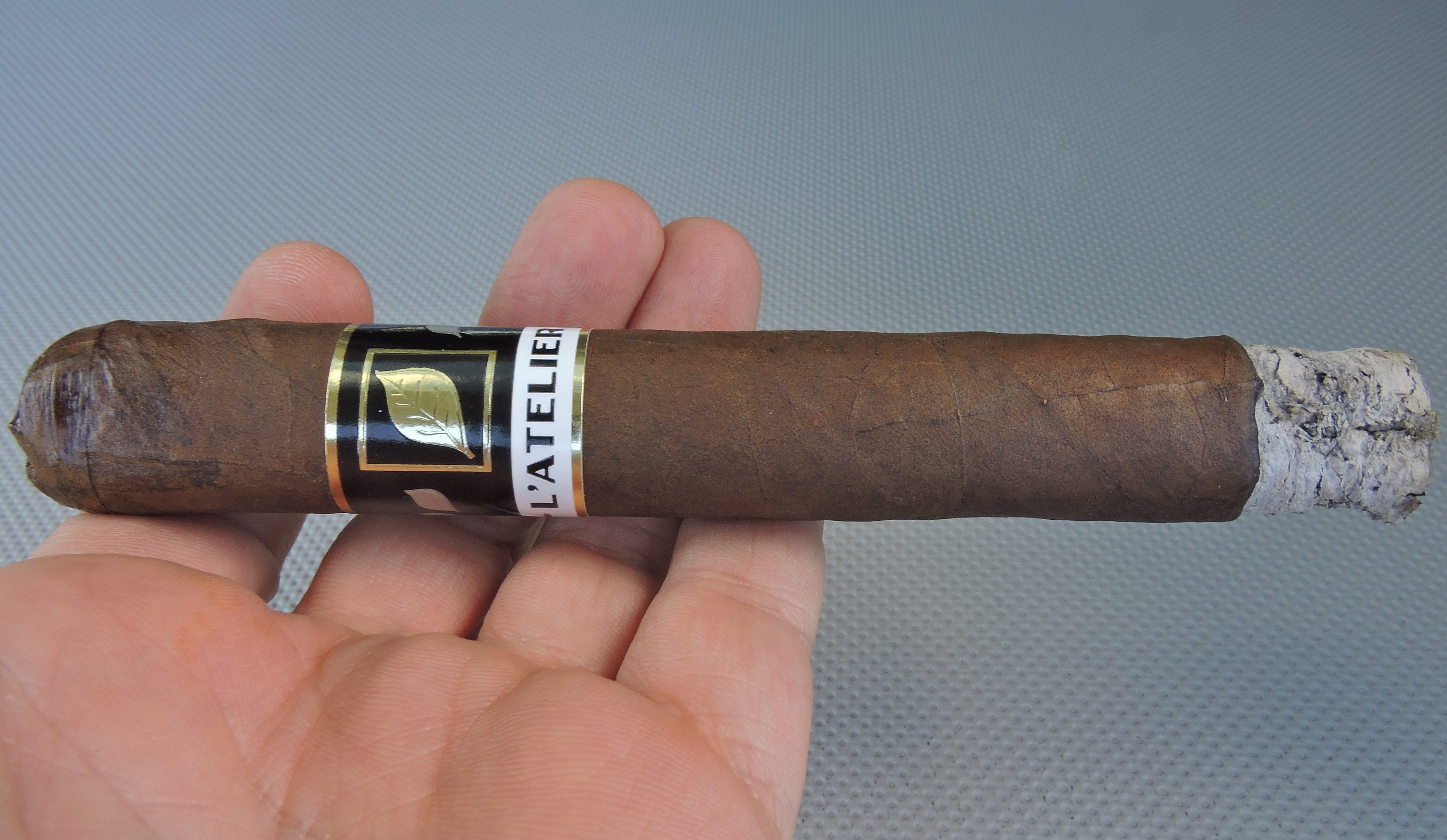 The draw to the LAT SEC also performed quite well. I found this draw to note be too tight, nor too loose. While it wasn’t an overly loose draw, I did find the LAT SEC to produce quite a bit of smoke.

A couple of caveats when it came to the LAT SEC’s strength and body. From a strength perspective, this is a cigar where the strength is really going to sneak up on you. As for the body, it might seem a touch lower than I how assessed it if you are not one to retro-hale.

I will admit, when the L’Atelier LAT SEC cigars hit the market, they were a little young and had some harshness to them, However, six plus months later, these cigars have really come around and deliver an excellent smoking experience. This is going to be one of the bolder cigars with the L’Atelier name on it.