All Out Kings the long-awaited collaboration between Drew Estate and Caldwell Cigar Company will officially be launched at the 2016 IPCPR Trade Show opening July 24th, 2016 in Las Vegas. This past weekend, details surrounding the project were officially announced.

It was back in February when news of the project was first reported by Cigar Federation. At that time it was announced that Caldwell Cigar Company founder Robert Caldwell would team up along side Drew Estate Master Blender Willy Herrera to produce the cigar blend. Production of the cigar is taking place at the Joya de Nicaragua factory and distribution is being handled by Caldwell Cigar. 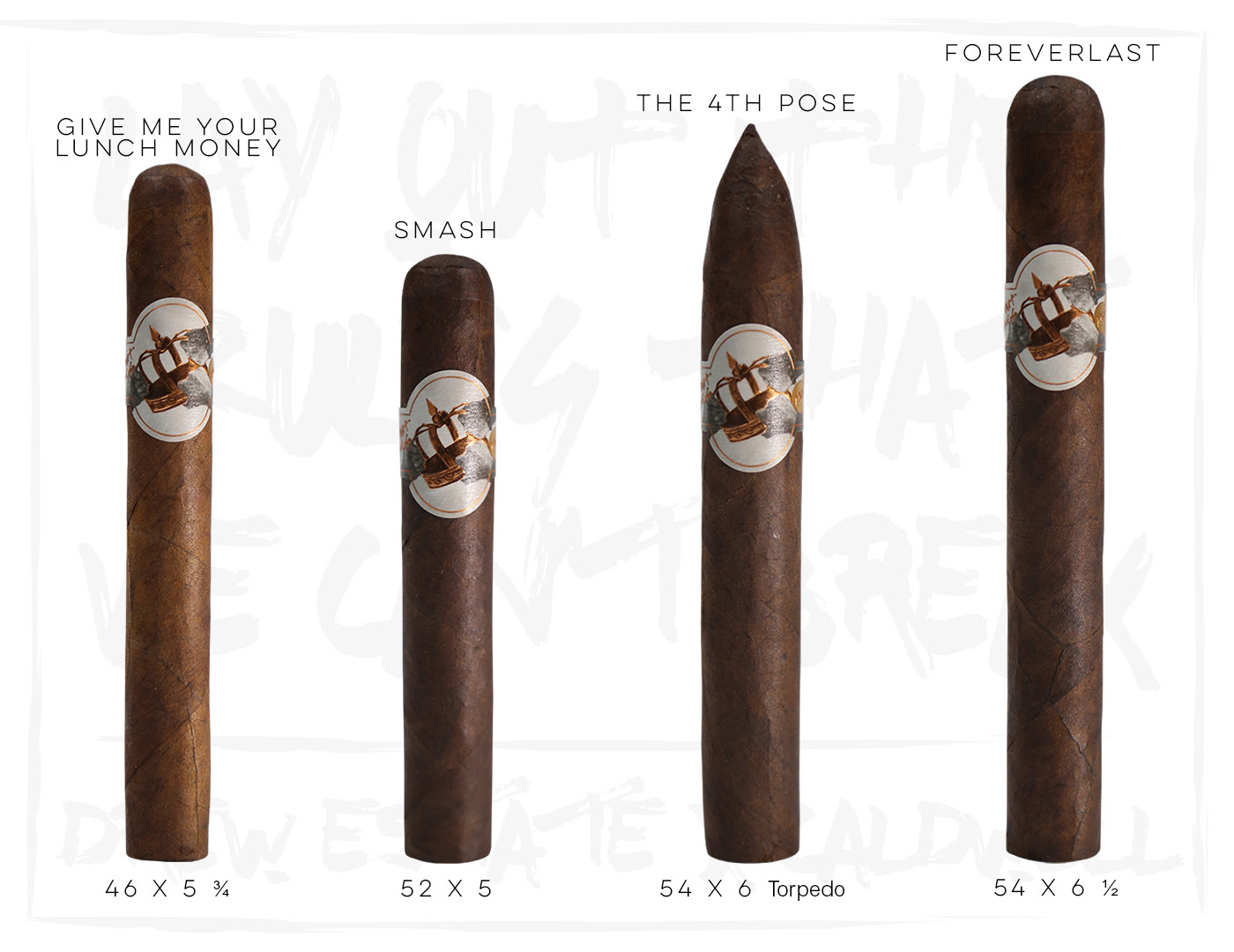 In a press release announcing the details of the project Herrera commented, “Working with Caldwell was challenging because he is very specific on what he likes and does not like with a maduro blend. Creating a cigar that he could enjoy while still staying true giving it my signature spice was a delicate balance that I looked for in our numerous blending sessions at Joya and Drew.”

Drew Estate co-founder Jonathan Drew added “Collaboration with Caldwell and Willy was super fresh. It was great to watch the magic come together from each of the crews . There is a lot of creativity birthed into ALL OUT KINGS, which will resonate from the cigar taste profile to the imagery that smashes the expected. This is an extended family collaborative that knows how to get down.”

When asked about the project, Robert Caldwell, “Caldwell Cigar company has been an adventure for me from the day we began. We set out day one to do things differently. We had a lot of challenges and success in launching our brands in 2014. One of the ambitions of the company was to collaborate with other brands. Our biggest success is about to debut. People have been asking me for years when I was planning to release a Nicaraguan cigar. When John started kicking around ideas with me, I knew it was our time to let the ball roll in Nicaragua. It is a great compliment to our company to be able to work together with Drew and Willie and the Swag Cave Crew on this special project. “

The collaboration also has its own web-site called www.drewxcaldwell.com. In addition, the project will be featured on the Drew Diplomat mobile app.

At a glance, here is a look at All Out Kings: