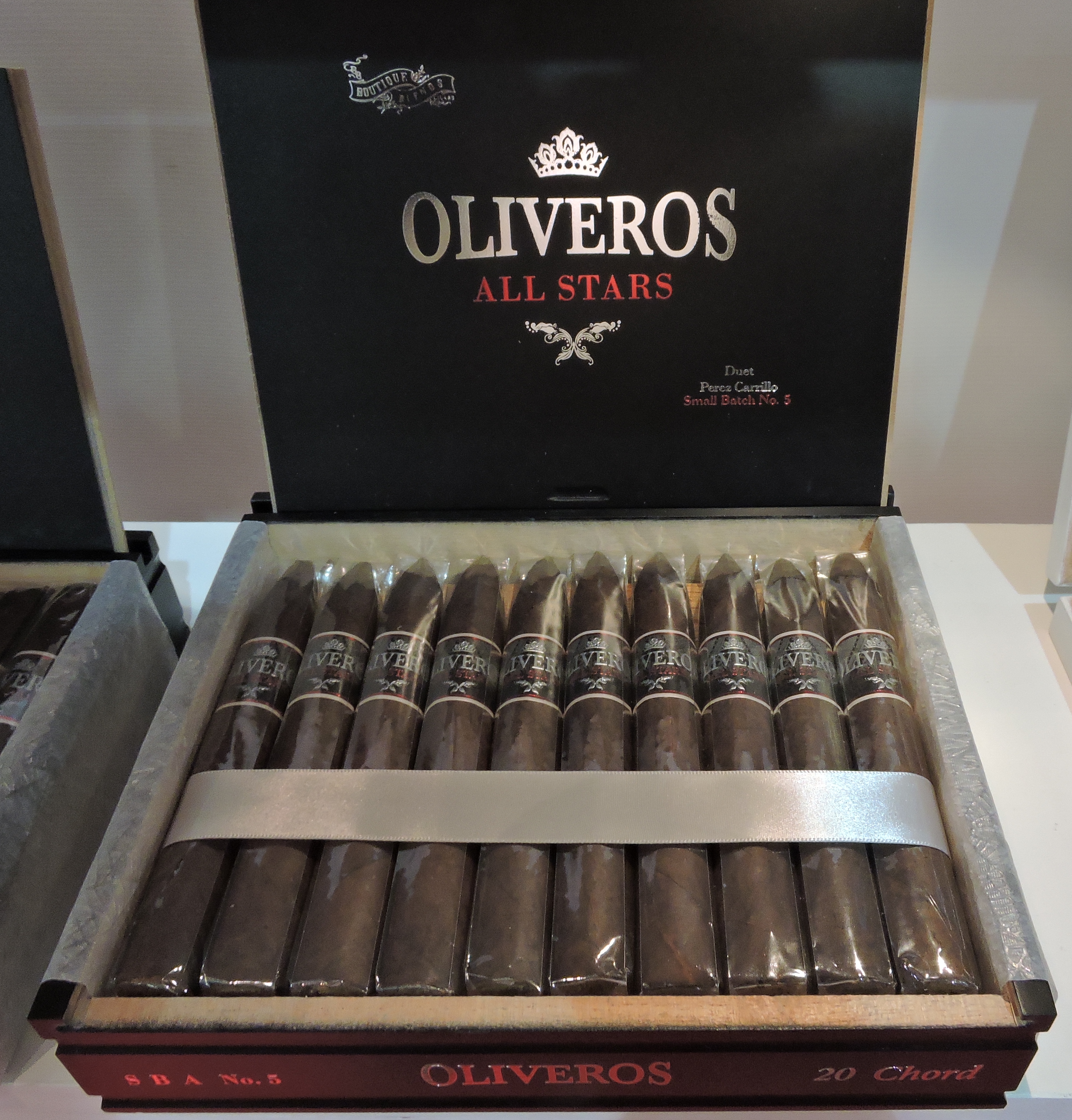 When it comes to collaborations, Boutique Blends is no stranger to this concept. Last year, the company collaborated with Altadis’ Grupo de Maestros to produce the Romeo by Romeo y Julieta Aging Room. The company has also had a long partnership with Jochy Blanco at Tabacalera Palma. This year, Rafael Nodal’s company has teamed up with Ernesto Perez-Carrillo to produce a new release under the resurrected Oliveros brand called Oliveros All Stars. This cigar was officially launched at the 2016 IPCPR Trade Show.

The Oliveros All Stars features a U.S. grown Broadleaf wrapper over a Dominican binder and combination of Dominican and Nicaraguan filler. The cigar is being launched in four sizes. Each of the four have musical theme names: Aria (4 1/2 x 48), Fogue (5 1/2 x 52), Chord (6 1/2 x 52, Torpedo), and Basso (6 x 54). While Nodal is known for his piano playing and using musical vitola names, Perez-Carrillo also has musical ties as he was a drummer.

Oliveros All Stars is packaged in 20 count boxes.

At a glance, here is a look at the Oliveros All Stars: