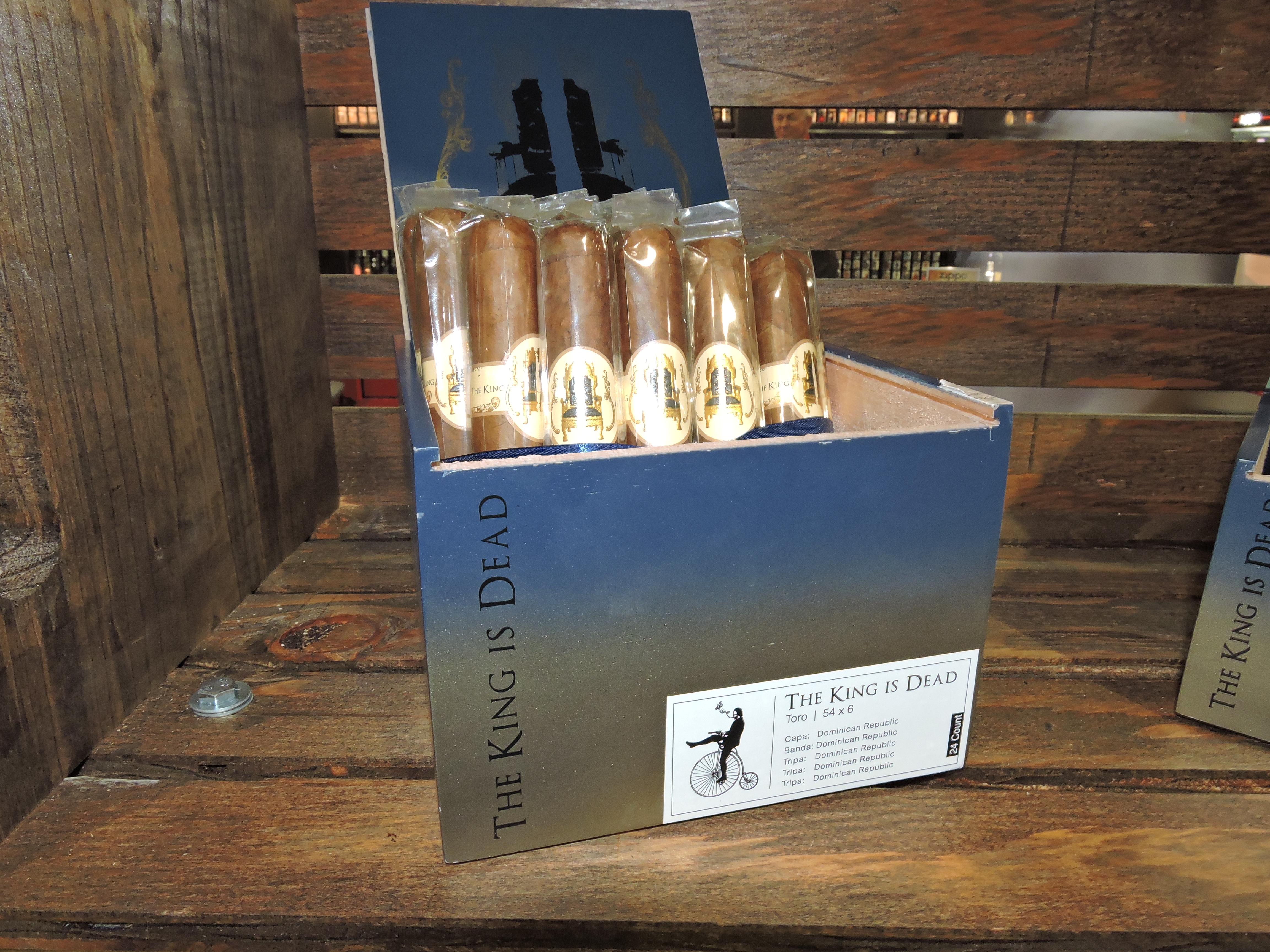 At the 2016 IPCPR Trade Show, Caldwell Cigar Company added its sixth size to its The King is Dead line. This one comes in the form a 6 x 54 Toro.

The King is Dead Toro is packaged in 24 count boxes. This is consistent with all of the sizes except for the Broken Sword which is packaged in boxes of 37.