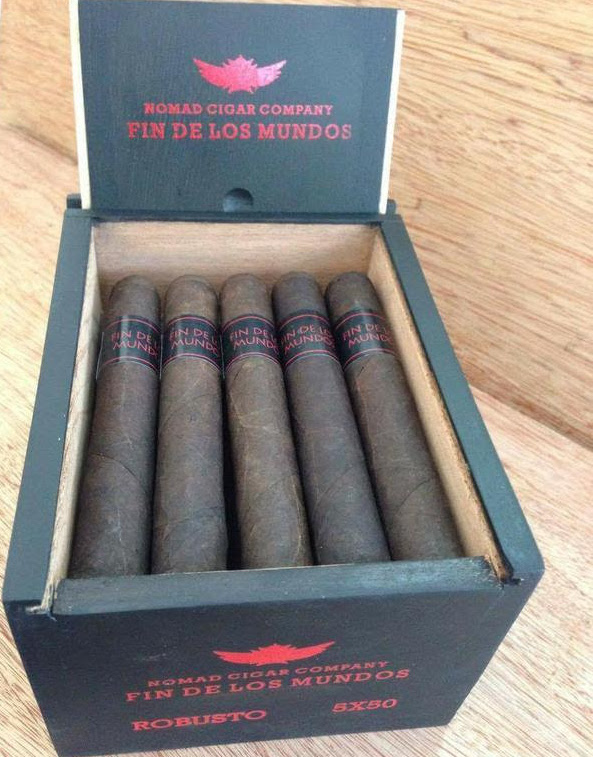 While it was known that Nomad Cigar Company would be showcasing its newly announced Martial Law cigar, owner Fred Rewey had a few more tricks up his sleeve as he announced three new blends at the trade show. One of the three blends is a new Pennsylvania Broadleaf wrapped blend called Fin de los Mundos. This is s new blend that Rewey calls his strongest one to datE.

The name Fin de Los Mundos translates to “End of the Worlds”. In addition to the Pennsylvania Broadleaf wrapper, the blend features a Nicaraguan Habano binder, and a combination of Nicaraguan, Dominican, and Pennsylvania filler. The cigars is being launched in four sizes: Corona Gorda, Robusto, Toro, and a 4 x 54 “Shorty”.

Fin de Los Mundos is the second blend by Rewey to use a Pennsylvania Broadleaf wrapper. Last year, Rewey released his first maduro, the Nomad Therapy Maduro which also incorporated this wrapper.

In addition to the Fin de Los Mundos, Rewey also announced another maduro with the Nomad Signature Series. He also announced the candela wrapped Nomad GB-19.

At a glance, here is a look at the Nomad Fin de Los Mundos.