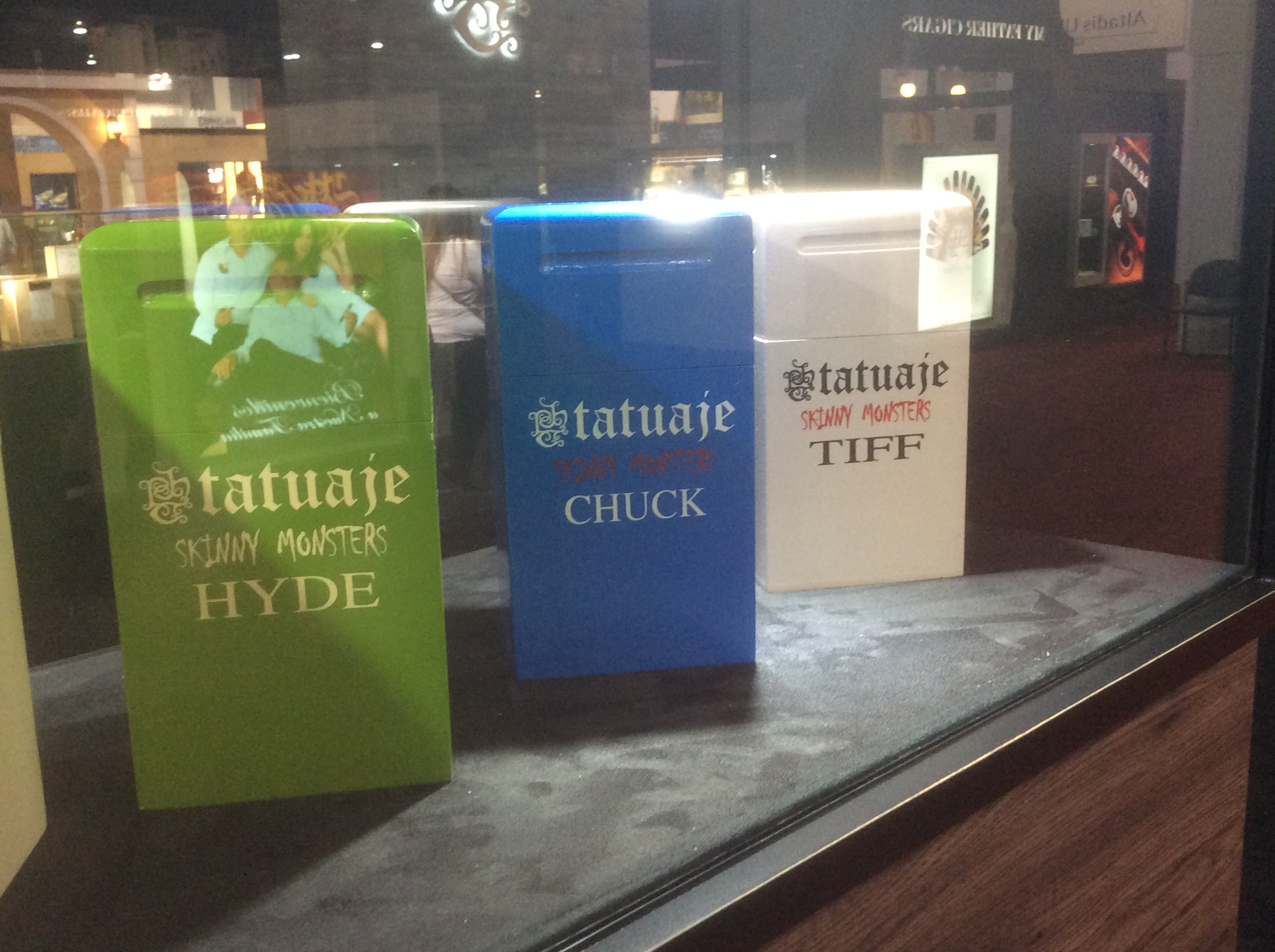 When Pete Johnson announced the Tatuaje Skinny Monsters, he also mentioned that 25 count boxes for each of the individual ten blends were coming. At the 2016 IPCPR Trade Show, these boxes made their debut.

Each of the Skinny Monsters is a 6 x 38 petite lancero vitola. The style of the boxes is reminiscent of when the Tatuaje Private Reserve Black Label Petite Lancero when it was first release – another 6 x 38 release. There is a total allocation of 400 boxes and we’ve been informed that retailers had to take delivery on all ten blends to order the individual Skinny Monsters boxes. 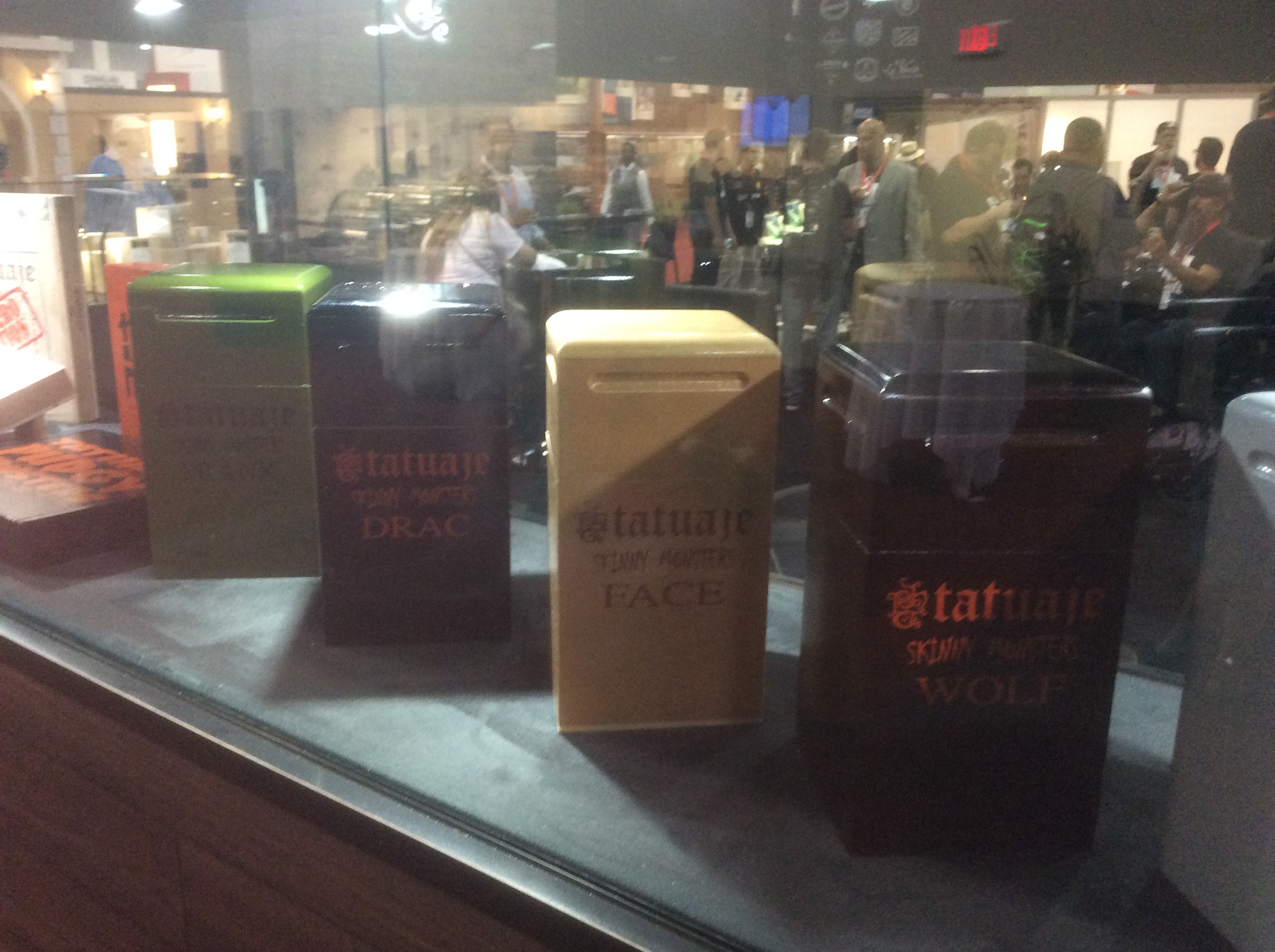 The ten Monster blends all feature a Nicaraguan binder and filler. Each blend is listed along with the wrapper.