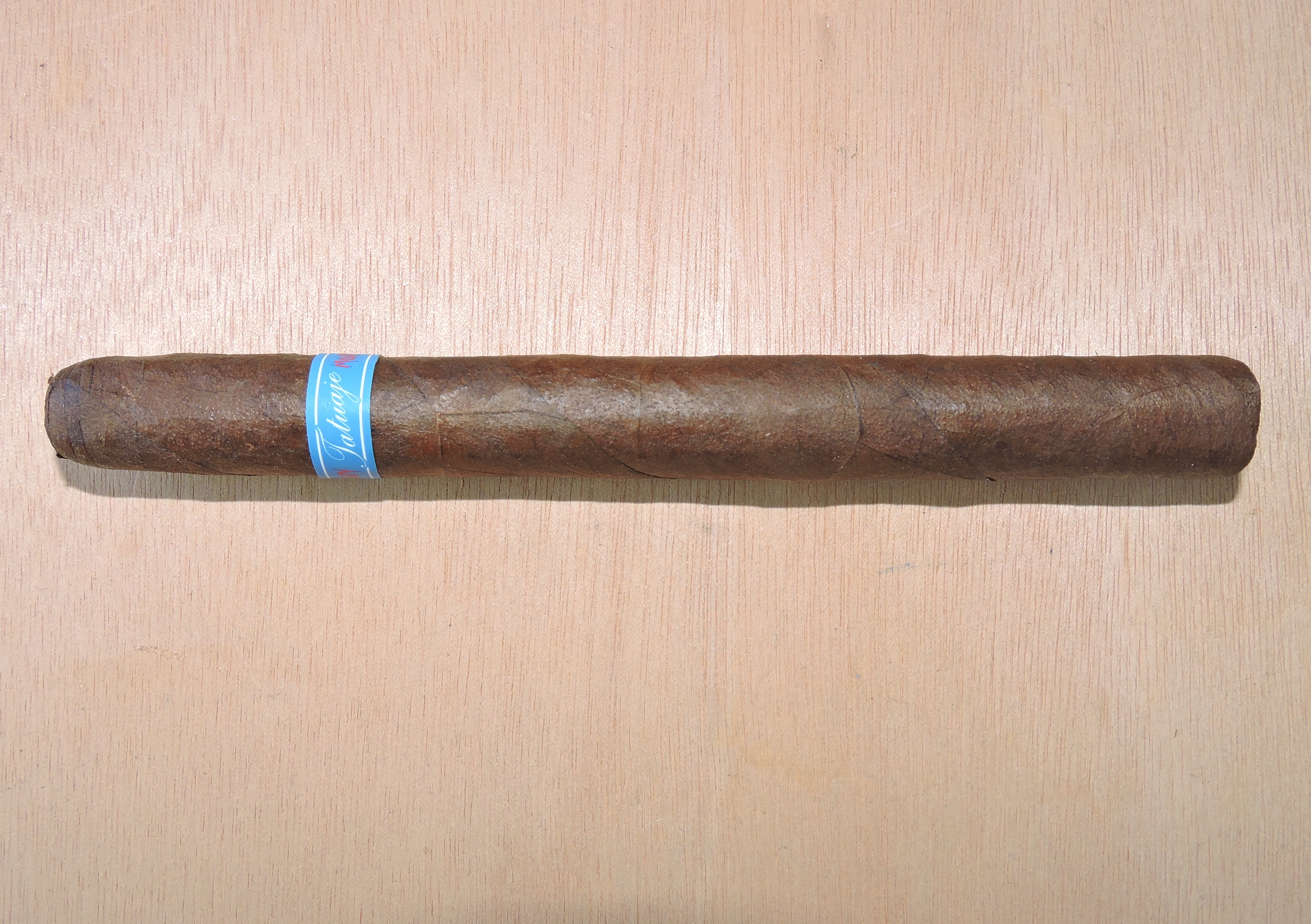 All four of the Monster Series collections are limited in production. Here is some further details

The Skinny Chuck is based off of a character from the horror movie Child’s Play. It is one of two characters from that movie with the other being the Skinny Tiff. Both the Chuck and Tiff have not had a full (i.e. original) Monsters Series size release

Without further ado, let’s break down the Tatuaje Skinny Chuck and see what this cigar brings to the table.

The Tatuaje Skinny Chuck’s Ecuadorian Habano has a medium / medium to dark brown color. There is a slight rosado tint that varies depending on how the light shines on it. The wrapper itself is somewhat on the oily side. I also found somewhat of a bumpy surface on this wrapper. I also found both visible seams and visible veins on the surface of the wrapper.

The band is based on the standard “Tatuaje” scripted logo. The script font is black on an sky blue background. To the left of the “Tatuaje” scripting is the text “SKINNY” in the a bloody style red font. To the right of the scripting” it says “MONSTERS” – also in red font. To the far right is a white Tatuaje “Tattoo” stamp. The band is finished with a white pinstripe across the top and bottom.

As I typically do, I went with my usual choice of a straight cut to remove the cap of the Tatuaje Skinny Chuck. Once the cap was removed, I proceeded with the pre-light draw. The cold draw provided a mix of both classic wood and cedar as well as a slight cream note. Overall I considered the pre-light draw of this cigar to be satisfactory. At this point I was ready to light up the Tatuaje Skinny Chuck and see what the smoking phase would have in store.

The Tatuaje Skinny Chuck started out with a mix of cherry and cream notes. That particular combination was something I found to be a signature note on the Pudgy Chuck. I also detected some notes of cedar and classic wood in the background. Meanwhile on the retro-hale, I detected a black pepper note.

At the Skinny Chuck burned through the first third, the cherry / cream combination remained the primary notes. I also detected some of the classic wood notes in the forefront. Meanwhile in the background was cedar sweet-spice and now I picked up a slight black pepper note in the background.

Toward the midway point, the cedar notes increased and moved into the forefront joining the wood. Overall the Skinny Chuck started to take more of a woody profile. Meanwhile the cherry / cream combination moved into the background. There also was a gradual increase in the pepper.

In the last third, the pepper notes entered the forefront joining the cedar and wood notes. The cherry / cream remained grounded in the background. This is the way the Tatuaje Skinny Chuck came to a close. The resulting nub was soft to the touch and cool in temperature.

Overall I found the Skinny Chuck scored nicely when it came to burn and draw. The cigar maintained a straight burn path from start to finish. There was a touch of jaggedness on the burn line, but it didn’t warrant any additional touch-ups. The resulting ash was tight and firm with a silver white color. Meanwhile the burn rate and burn temperature were both ideal. 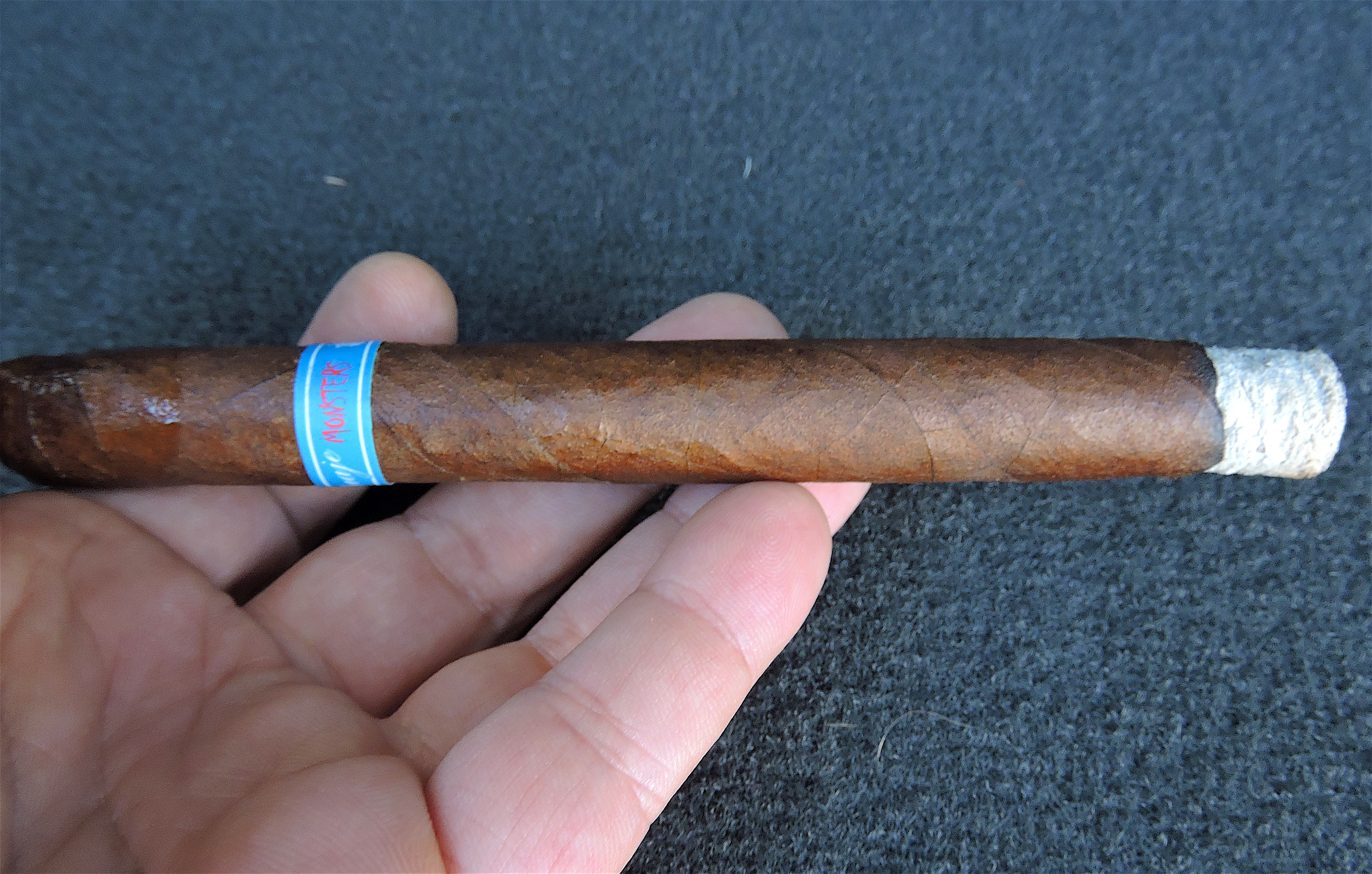 Burn of the Tatuaje Skinny Chuck

As for the draw, I found it to be open, but not loose. The Skinny Chuck had a very low maintenance draw to derive flavor.

Strength-wise, I found the Skinny Chuck had a little more pop than its Pudgy Chuck sibling. Overall, I assessed the Skinny Chuck as being medium to full in strength. For the most part, I didn’t find much variation in the strength throughout the smoking experience.

Body-wise, I also found the Skinny Chuck to be medium to full – which was pretty much in the same wheelhouse as the Pudgy Chuck. Looking at strength versus body, I found both attributes of the Tatuaje Skinny Chuck to balance each other nicely.

Much like its sister cigar, the Tatuaje Tiff, I preferred the Tatuaje Chuck in the Pudgy (Short Robusto) format. Taking the Pudgy and Skinny sizes into consideration, I found Chuck to be a much better cigar in the set than the Tiff. I found the Cherry / Cream / Woody combination to work very well for this blend. I’m curious to see how this would smoke in a Toro, Churchill, or Double Corona size. While this isn’t my favorite Tatuaje Monster cigar among the various releases, it’s still a very good cigar. It is a cigar I’d recommend to either an experienced cigar enthusiast or one looking to graduate to something medium to full. As for myself, it’s a cigar I’d smoke again – and it’s worthy of a box split.