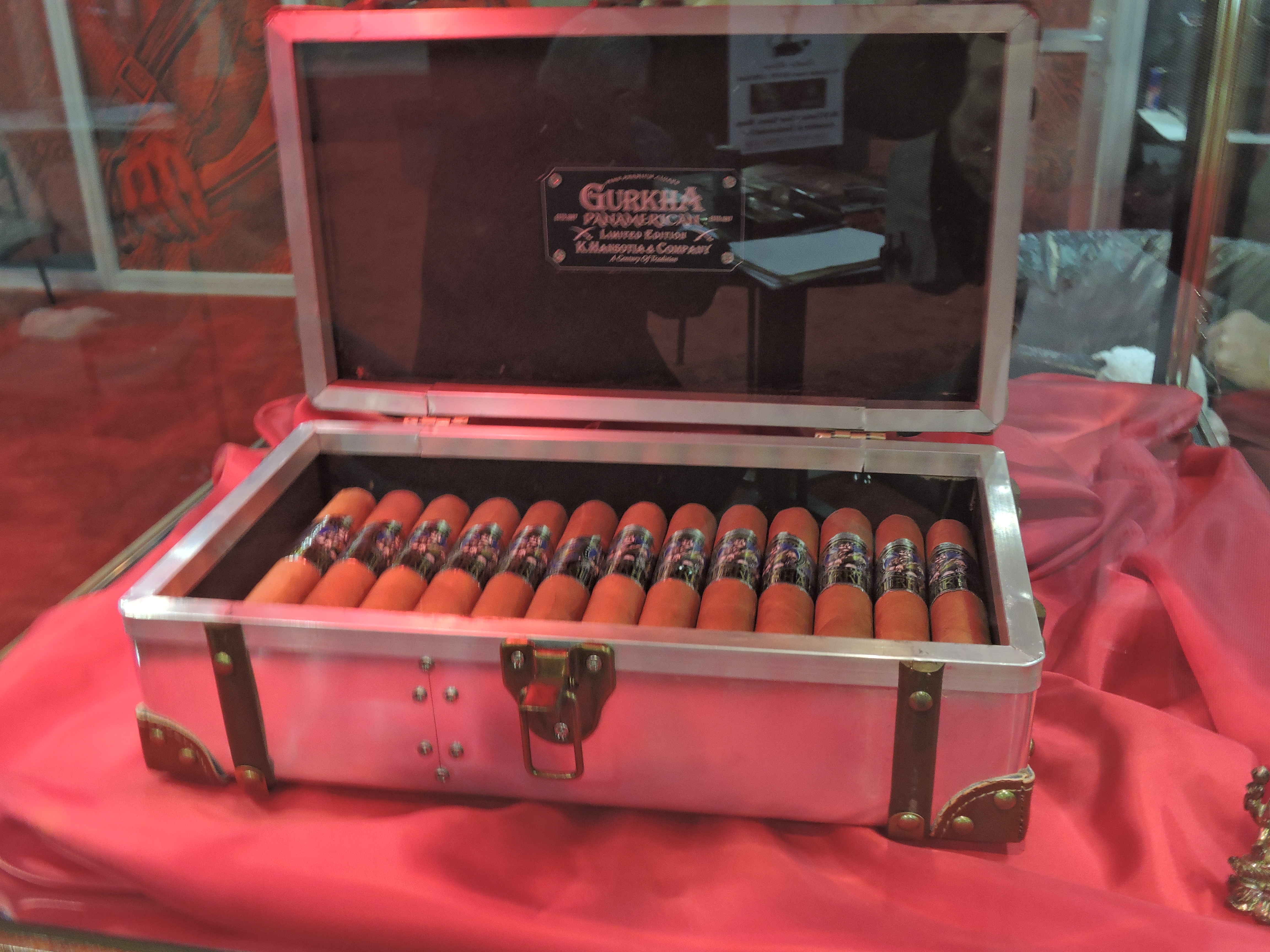 While the Gurkha Pan American was announced prior to the 2016 IPCPR Trade Show, the trade show unveiled what the packaging of the cigar would look like.

The packaging is in the form of a steel travel box.T he cigar and the packaging were inspired while Gurkha CEO Kaizad Hansotia’s was traveling on Nicaragua’s Pan American Highway. The concept of the cigar was to pay homage to vintage steamer trunks used by railroads and steamships back in the 1920s.

The cigar features an Ecuadorian Connecticut wrapper over Nicaraguan binder and filler. The cigar is produced at the American Caribbean factory in Nicaragua. The cigar comes in one size, XO – measuring 6 x 60. The packaging houses 25 cigars.