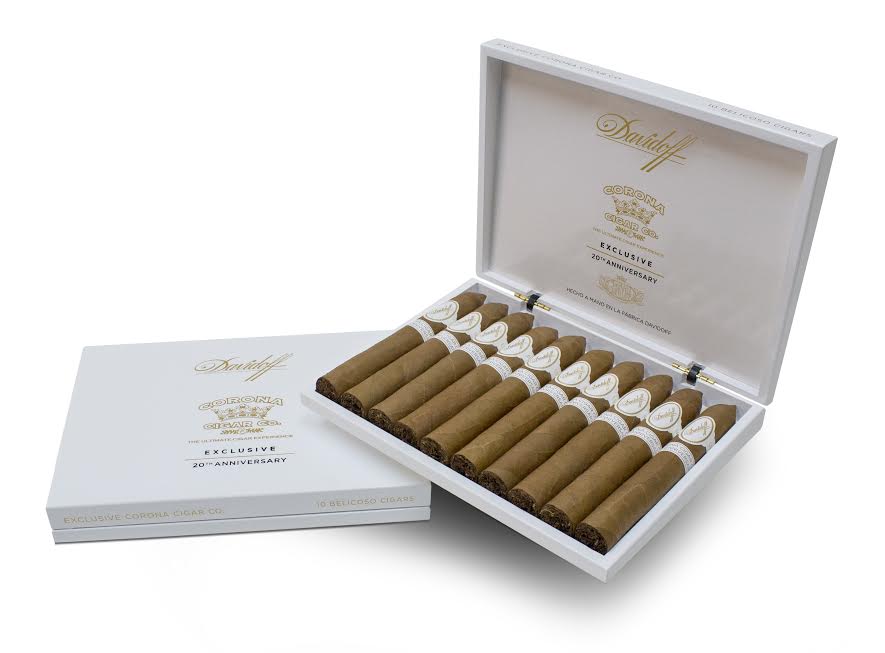 Jeff Borysiewicz’s Corona Cigar Company is celebrating 20 years in business. As it has done for many retailers celebrating a milestone anniversary, Davidoff has created a special cigar for the occasion. However, with the Davidoff Corona Cigar Company 20th Anniversary cigar, it is extra special at this cigar features Florida Sun Grown tobacco – the tobacco grown on Borysiewicz’s farm in Clermont, Florida.

“We are very proud to be working with Davidoff and there is no way better to celebrate our 20 year milestone of becoming a leader in premium cigar retailing. Our unique and exclusive Florida tobacco farm has truly allowed our company to come full circle as a premium cigar retailer as well as the world’s only grower of prized Florida cigar tobacco. We are excited to be able to share with fellow aficionados this unique Davidoff cigar that is blended with our 2014 crop of heirloom Florida Sumatra seed tobacco that was grown on our farm in Clermont, Florida,” commented Borysiewicz in a press release.

“The Borysiewicz family has been trusted colleagues of Davidoff for over 20 years. As one of our largest partners, the collaboration to create a 20th Anniversary Exclusive Edition incorporating FSG was a natural decision. Davidoff and Jeff Borysiewicz share many of the same philosophies and principles regarding cigar retailing and tobacco cultivation. It’s important for Davidoff to support Jeff and his family in their efforts to grow and protect the premium cigar industry in the US,“ added Richard Krutick, Vice President of Marketing, Davidoff of Geneva USA.

The Florida Sun Grown tobacco is combined with Dominican tobacco in the filler. The cigar also features a Mexican San Andres binder and an Ecuadorian Connecticut Rojiza wrapper. The cigar is available in one size – a 6 x 52 Belicoso. The cigars are sold in ten count boxes.  The use of the Rojiza and Belicoso formats has been common on many of the Davidoff shop exclusive releases, but this is the first instance of Florida Sun Grown tobacco being incorporated into the blend.

At a glance, here is a look at the Davidoff Corona Cigar Company 20th Anniversary cigar:

The Davidoff Corona Cigar Company 20th Anniversary is available in one size – a 6 x 52 Belicoso.