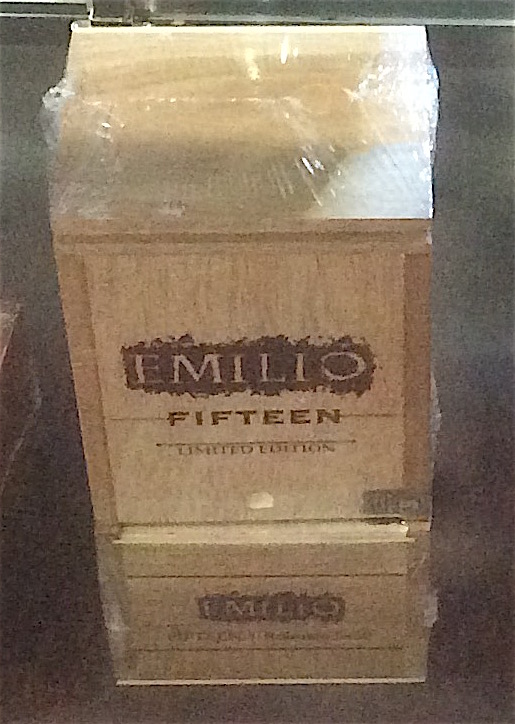 It’s been quiet at Emilio Cigars for the past couple of years, but this year there was some new product on display at the 2016 IPCPR Trade Show. One of them was a limited edition known as the Emilio Fifteen.

The Emilio Fifteen consists of a Habano wrapper over aged Nicaraguan tobaccos for the binder and filler. It is available in five sizes:  Corona, Robusto, Toro, Torpedo, and Gordo. The cigar features the new Emilio Cigars logo that was unveiled last year.

Emilio Fifteen along with the Emilio Cavatina were among the new products made available at this year’s trade show.