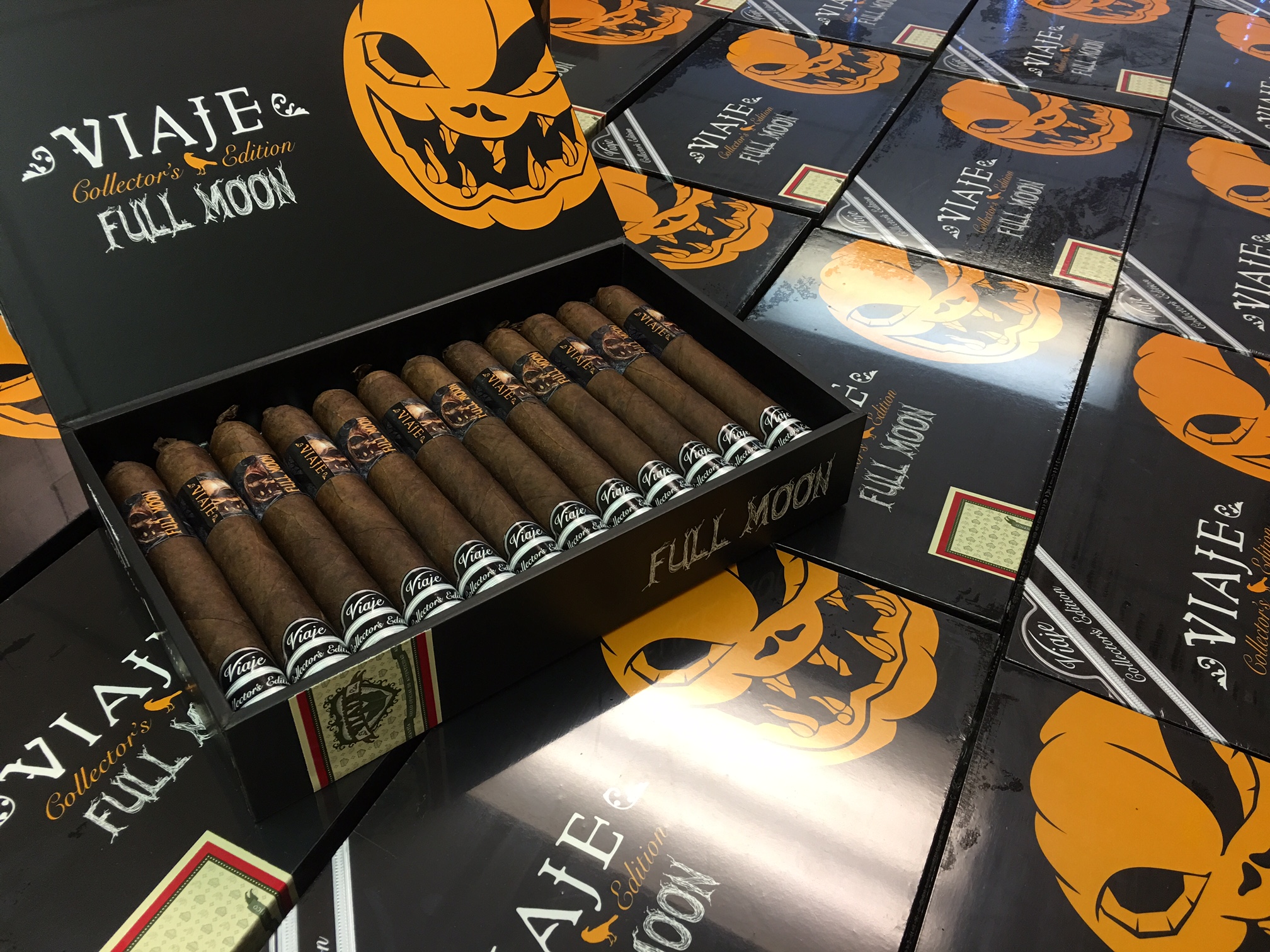 For the fourth year in a row, Viaje Cigars will be releasing its Viaje Full Moon seasonal release for Halloween. For this year’s release, the cigar becomes the latest installment in Viaje’s Collector’s Edition series.

According to Viaje, the cigar and the packaging have been changed. The Viaje Full Moon Collector’s Edition will be a 6 x 56 Toro size. It will also feature an oversized pig-tail cap and a have an unfinished footer.

The round boxes have been replaced by 24 count rectangular boxes.

The Viaje Full Moon was introduced in 2013. The cigar was a 5 x 58 Nicaraguan puro. The Full Moon returned in 2014 and 2015. Last year, there was also a very limited second Full Moon cigar known the Viaje Full Moon Edicion Limitada. This cigar would feature a maduro wrapper (as opposed to a natural wrapper) in the 5 x 58 format and was only shipped to five retailers.