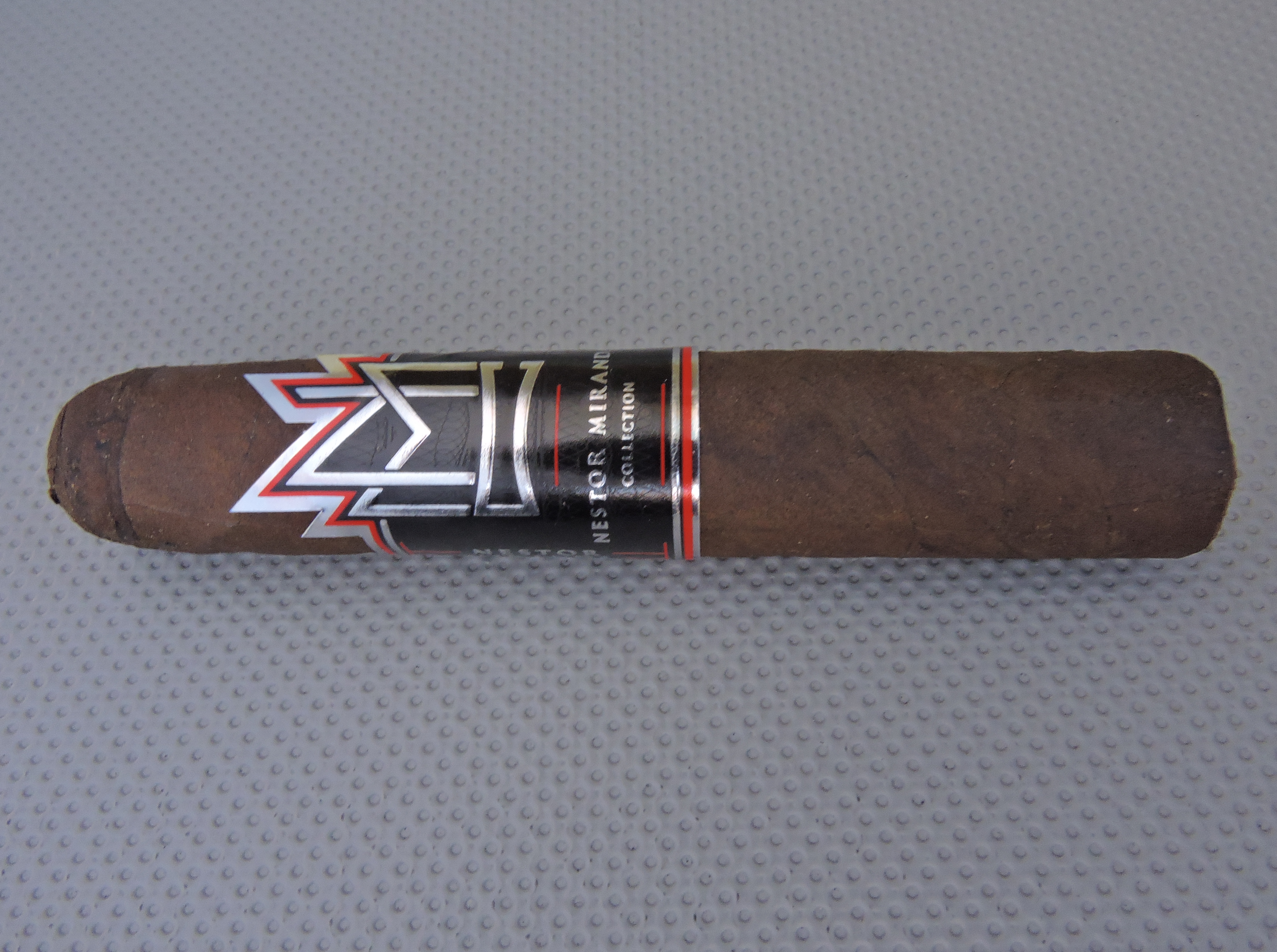 Without further ado, let’s break down the Nestor Miranda Collection Maduro Robusto and see what this cigar brings to the able.

For completeness, we list the other blends in the Nestor Miranda Collection: 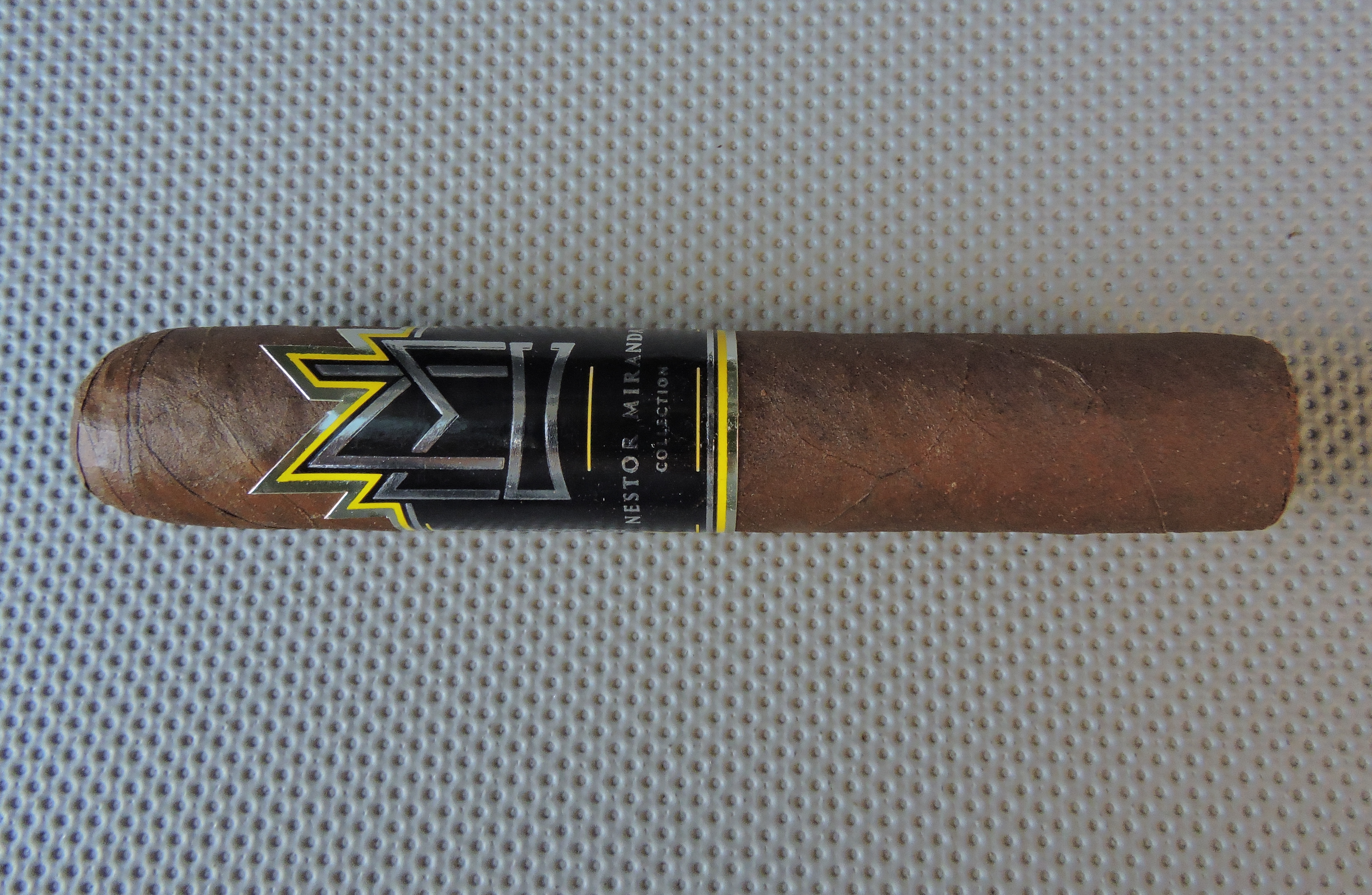 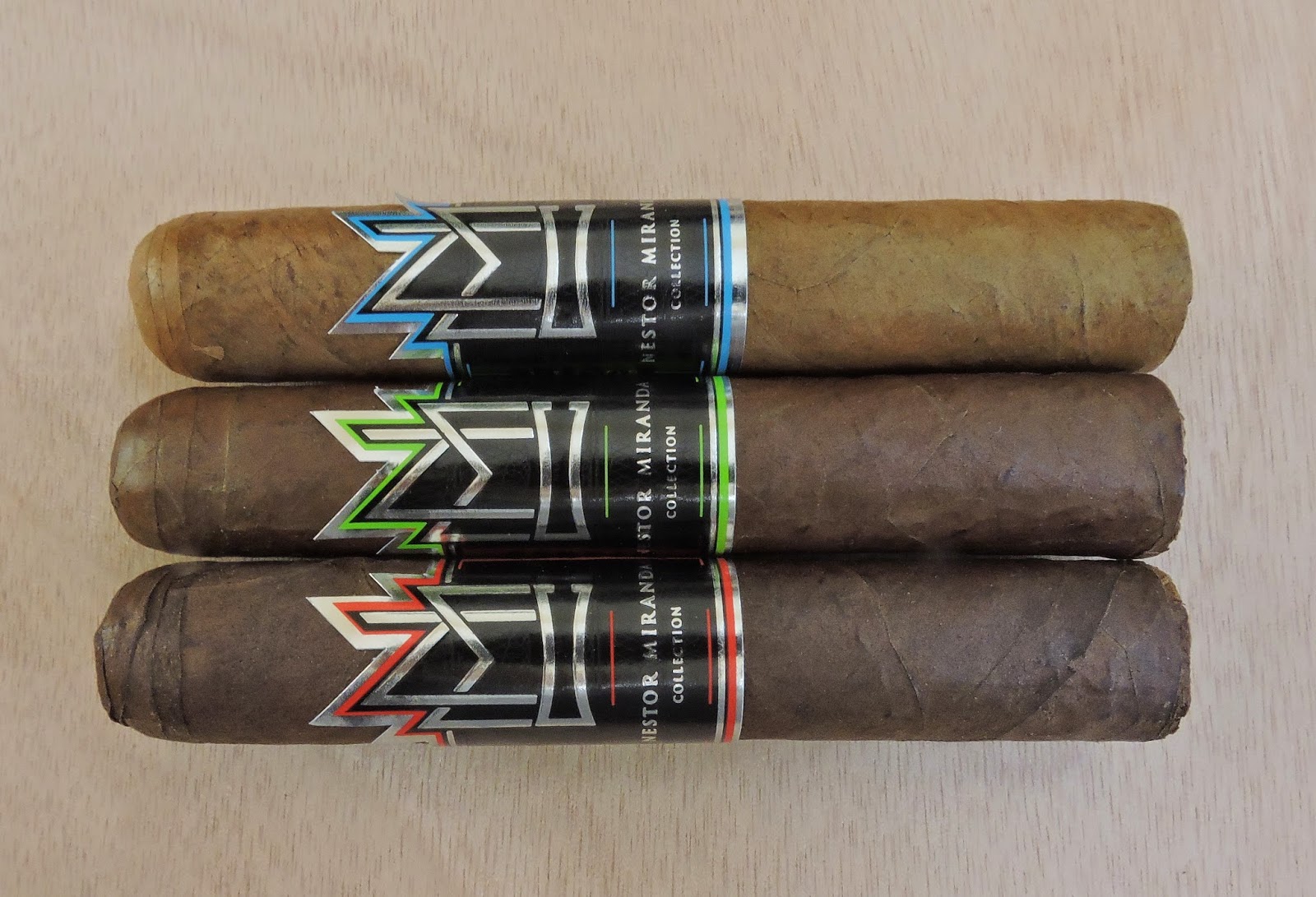 The Robusto is actually a short robusto and is the same size as what was called the “Coffee Break” in the old Nestor Miranda Special Selection.

The Connecticut Broadleaf wrapper of the Nestor Miranda Collection Maduro Robusto had a classic coffee bean color to it. Upon closer examination some darker marbling can be seen on the surface. There was a light coating of oil on this wrapper. This was somewhat of a smooth Broadleaf – any visible veins and any visible wrapper seams were on the thin side.

As I typically do, I started the cigar experience of the Nestor Miranda Collection Maduro Robusto with a straight cut. Once the cap was removed, I moved on to the pre-light draw. The cold draw was classic Connecticut Broadleaf flavor as I got notes of earth, cocoa, and a very subtle spice. Overall I considered this to be a satisfactory pre-light draw. At this point, I was ready to light up the Nestor Miranda Collection Maduro Robusto and awaited what the smoking phase would have in store.

The start to the Nestor Miranda Collection Maduro began with a short spurt of black pepper. Once the pepper subsided it gave way to notes of earth, cocoa, and maduro sweetness (a combination of natural tobacco and dried fruit). Initially, the earth and cocoa became the primary notes while the maduro sweetness was in the background. Meanwhile the retro-hale produced an additional layer of black and white pepper.

Toward the middle of the first third, the cocoa notes transitioned into more of a classic coffee note joining the earth. From time to time, the maduro sweetness popped into to the forefront, but mostly was still a background flavor. As the coffee note surfaced, there was a subtle bitter component to it. I found the bitter note balanced the sweetness and spice nicely.

During the second third, the coffee notes remained primary. The maduro sweetness was now grounded in the background with the pepper notes. By the midway point, a classic wood note surfaced in the background. It slightly increased in intensity, but didn’t quite make it to being a primary flavor.

During the last third, the coffee and earth notes remained primary. The classic wood notes remained in the background. Like the wood notes, the pepper notes increased but didn’t quite make it to the forefront. There was also still a touch of maduro sweetness. This is the way the flavor profile came to a close. The resulting nub was firm to the touch and cool in temperature.

The Nestor Miranda Collection Maduro Robusto performed quite well when it came to burn and draw. The cigar maintained a straight burn path and a relatively straight burn line from start to finish. This was a cigar that had a silver-gray color ash that leaned toward the firmer side. The burn rate and burn temperature were both ideal. 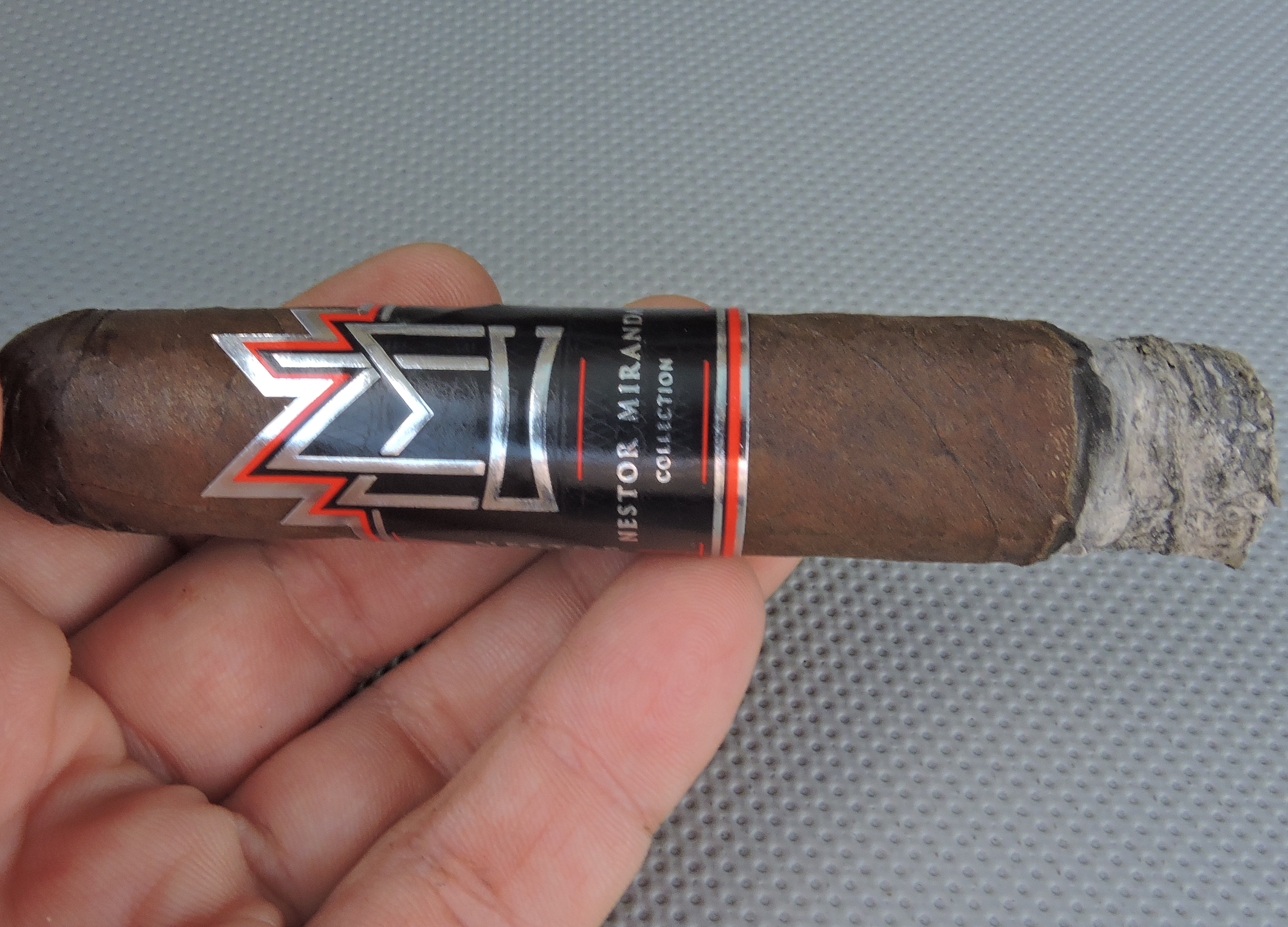 The draw was ideal for the Nestor Miranda Collection Maduro Robusto. It had a touch of resistance – which is something that I normally like.

Overall the Nestor Miranda Collection Maduro Robusto was a satisfying cigar. From a flavor profile standpoint, I didn’t find this to be a radically different Connecticut Broadleaf cigar. At the same time the flavors this cigar delivered, it delivered them well. In terms of some of the other sizes in the Maduro blend, I still preferred the tweaked blend in the Nestor Miranda Collection Maduro Danno. This is a cigar I would probably steer to a more experienced cigar enthusiast, but at the same time this is a good cigar for a novice to “graduate” to something a little stronger, a little fuller and a little spicier. As for myself, this is a cigar that I’d smoke again and it’s worthy of having a five pack in my humidor.