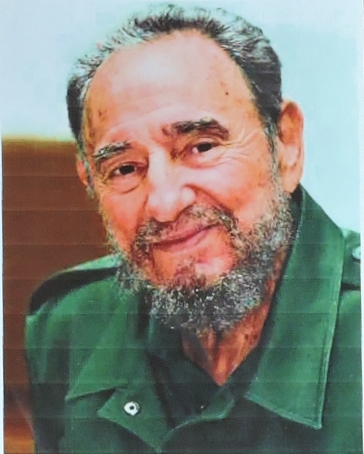 Fidel Alejandro Castro Ruz, the Communist party revolutionary and dictator who seized power in Cuba in 1959, implementing a totalitarian regime and nationalizing business and industry has died. He was 90 years old. Castro’s death was announced in Cuba by Castro’s brother and current President of Cuba, Raul Castro just after midnight EDT.

In addition to creating a nationalized state in Cuba, Castro’s regime created a totalitarian state around the slogan “socialism or death”. His government suppressed those who disagreed with him. It led to the arrest and even death of many Cubans who challenged his reforms.

Shortly after Castro’s death was confirmed, an overnight series of celebrations ensued in the streets of Miami, Florida, where there is a large Cuban-American population,. Hector Alfonso, Sr. Factory Operations Manager of Espinosa Cigars posted on his Facebook page.

“We knew it would be, bigger then any Finals or World Series win, bigger then what I assume a Dolphins Super Bowl would be like…

“But me? At home waiting for that call to come in… and thinking about tomorrow. I am so happy for my father. But…I know that we are in the minority, in the next few days that will be evident, but tonight go big and enjoy. The great exhale 57 years in the making is here.”

Fidel Castro turned 90 years old on August 13, 2016. In recent years he has been in failing health. In 2006, he transferred power to his brother Raul Castro. Two years later, Raul formally assumed the duties of President. In recent years, Fidel Castro has remained in seclusion in Cuba. While some thawing of the relations between Cuba and the United States has thawed in recent months, Fidel Castro’s death is not expected to have an immediate effect on ending the Embargo and restoring full diplomatic relations between the two countries.