“The creation of this new business unit under the Tabacalera USA umbrella will help coordinate and enhance the adult premium cigar smoker experience in all Casa de Montecristo stores” commented Maneson.

It also appears JR Cigar, a brand also owned by Tabacalera USA will soon be branded under this umbrella. We recently saw this sign outside the JR Cigars Mooresville, North Carolina location. JR Cigars is a part of the Tabacalera USA operation and last year underwent a significant transition into premium cigar-fcosused operation. 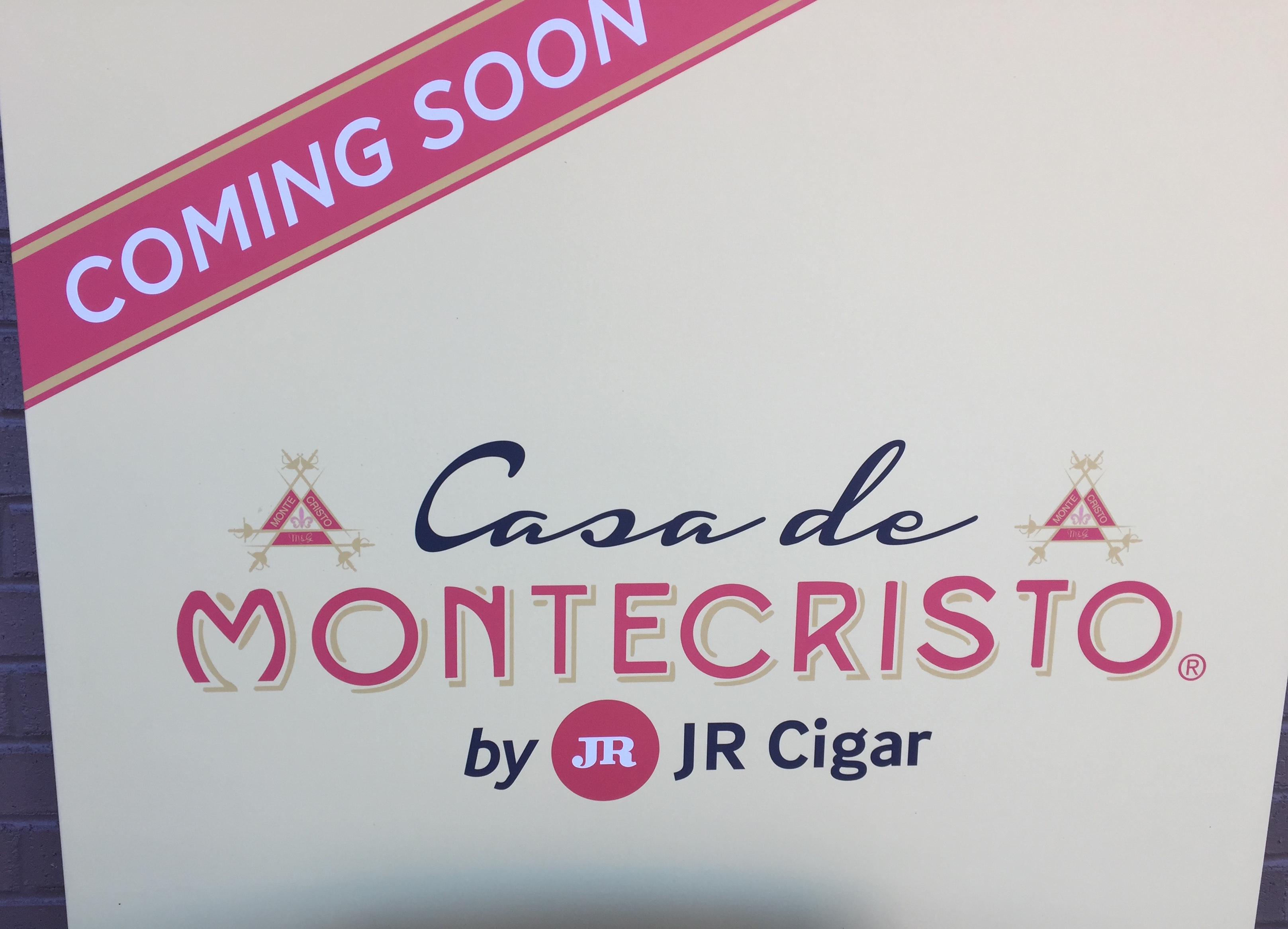 The acquisition of Serious Cigars gives Casa de Montecristo Inc four retail locations in Houston, Texas as well as an e-commerce site. Serious Cigars owners Ron and JeanneMarie Lesseraux are staying on board for the time being as a part of the transition.

“Owners Ron and JeanneMarie Lesseraux have built one of the finest retail premium cigar businesses in the country and we are thrilled to have them as part of our business,” Maneson said. “Serious Cigars has a strong reputation in the industry, which we will continue to grow.”

Maneson commented that no substantial changes were planned for the retail stores or web-site.