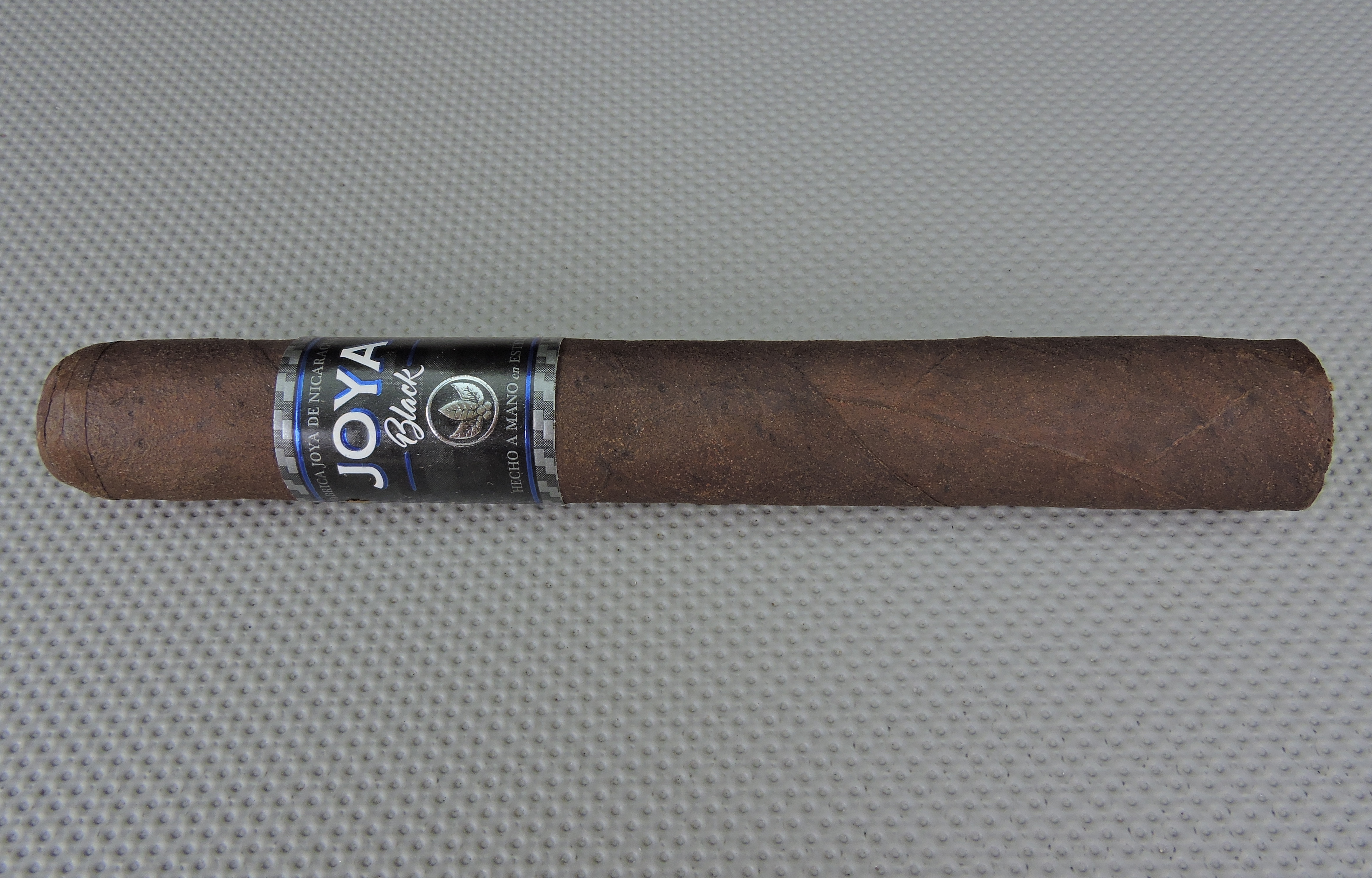 Shortly after the launch of Joya Black, Joya de Nicaragua announced it was moving its two-tone wrapper Cabinetta Serie offering into the Joya portfolio. The cigar received new packaging and was rebranded the Joya Cabinetta. 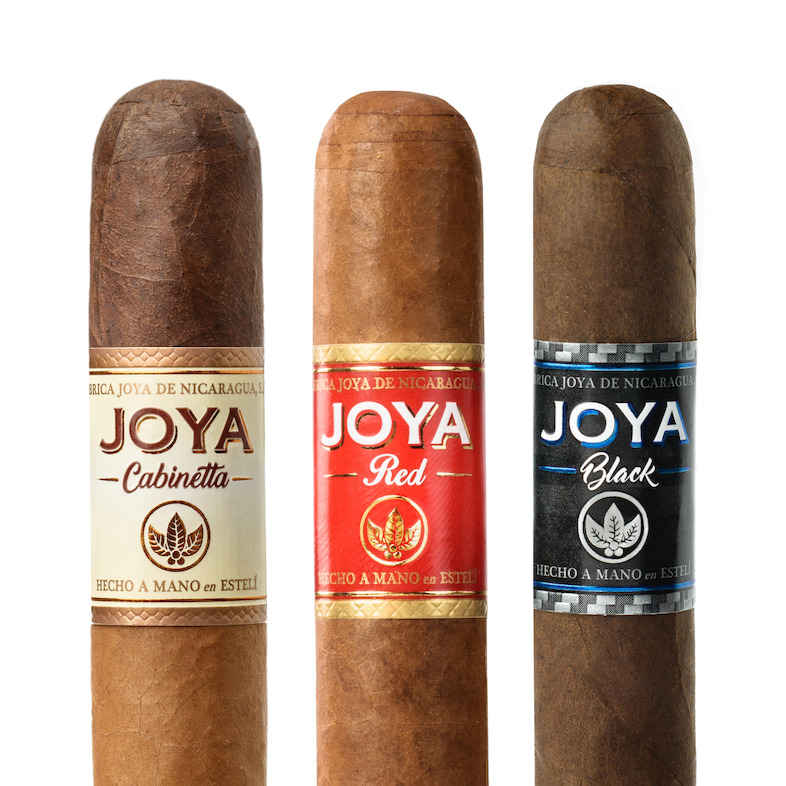 Now we turn our attention to the Joya Black Toro and see what this cigar brings to the table.

When Joya Black was announced, Joya de Nicaragua Factory Manager Mario Perez explained how the blend came to be. “This is Joya de Nicaragua’s first cigar to feature a Mexican San Andres Negro wrapper. We have had these wrappers available for some time and we wanted to create a blend with rich Nicaraguan tobacco, yet without the overpowering strength.” 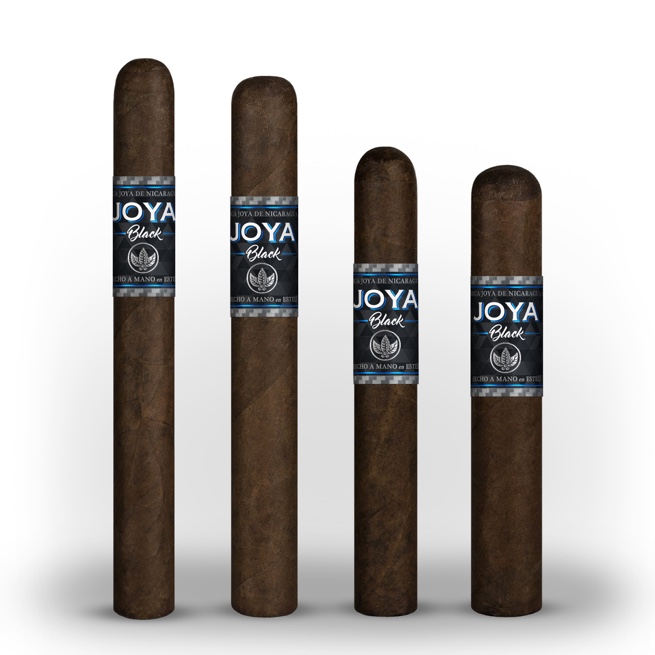 The Mexican San Andres wrapper of the Joya Black has a dark espresso bean color to it. Upon closer examination some darker marbling can be seen on the surface. While there were some thin visible veins, the wrapper’s dark coloring does a good job at hiding the wrapper seams. There is a light coating of oil on the surface. Overall this wrapper wasn’t as rugged compared to other San Andres wrappers.

Like Joya Red, the band of Joya Black has a contemporary look theme. The band is mostly black and has a dark gray and silver pattern for its trim around the edges. This trim is also accented with some metallic blue. The band says “JOYA” in large white font. Just below that is the text “Black” in white cursive font with a small metallic blue stripe. Below that text is a silver Joya de Nicaragua leaf logo. Across the top is the text is the text “FABRICA JOYA DE NICARAGUA SA” in small gray font. Toward the bottom is the text “HECHO A MANO en ESTELI” – also in small gray font. On the far right side of the band is a group of silver medallions and adornments in landscape mode with the gray font text “EST 1968”.

The back of the band has the text “SHARE YOUR JOYA BLACK” (with Joya Black in cursive) along with some social media icons and with the Joya de Nicaragua URL – www.joyacigars.com.

As I normally do, I started my experience with the Joya Black Toro with a straight cut. Once the cap was clipped, I moved on to the pre-light draw phase. The cold draw delivered a mix of coffee, maduro sweetness (a cross between natural tobacco and dried fruit) and classic wood. Overall I considered the pre-light draw of this cigar to be satisfactory. At this point I was ready to light up the Joya Black Toro and see what the smoking experience would have in store.

The start of the Joya Black Toro picked up where the pre-light draw left off. The cigar delivered more notes of coffee, maduro sweetness, and classic wood. I also detected some notes of white pepper. The maduro sweetness became the primary note early on with the coffee, pepper, and classic wood secondary. There was also an additional layer of white pepper on the retro-hale that varied between being dull and sharp throughout the smoking experience.

Later in the first third, the coffee notes joined the maduro sweetness in the forefront. As the Joya Black Toro moved through the second third, the maduro sweetness began to dial back. The coffee notes remained in the forefront and at times demonstrated some dark chocolate qualities. The pepper remained in the background and the classic wood transitioned to more of a cedar note.

Toward the end of the second third, the cedar and pepper spices increased and by the middle of the final third, I found these spices on par with the coffee notes. At times the spices exhibited the pungency I often get from San Andres wrappers. By this point the maduro sweetness was more distant. This is the way the cigar experience of the Joya Black came to a close. The resulting nub was firm to the couch and cool in temperature.

While there was some slight waviness on the burn line, the Joya Black maintained a straight burn path from start to finish. This cigar wasn’t in danger of tunneling or canoeing. I also found this was a cigar that didn’t require an excessive amount of touch-ups. The resulting ash was mostly gray with some darker spots. This wasn’t an overly firm ash, but it was far from a loose flaky ash either. The burn rate and burn temperature were both ideal. 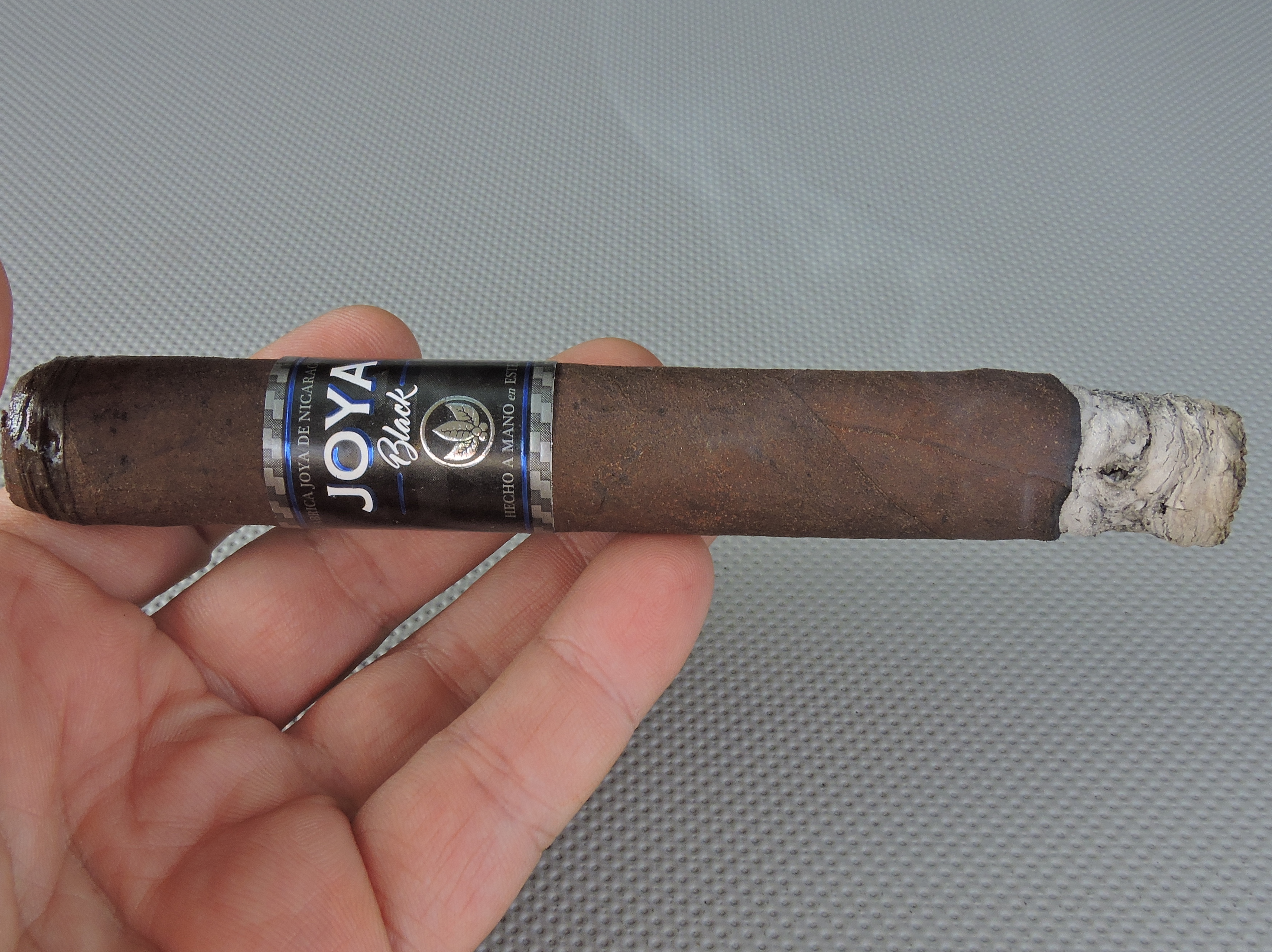 Burn of the Joya Black Toro

The draw to the Joya Black Toro was not too loose nor too tight. This cigar was low maintenance to derive flavor from. The cigar also produced an ample amount of smoke.

When looking at strength versus body with the Joya Black Toro, I found the body a slight edge during the smoking of experience.

This is a cigar I could recommend to an experienced cigar enthusiast. It’s certainly a nice cigar for a novice to graduate to something medium / medium plus. As for myself, this is a cigar I’d smoke again – and it’s one worthy of a box split.