“…the Exclusivo U.S.A. Oscuro Especial is the completion of a challenge for Kapacee – namely introducing an dark-Oscuro blend into his lineup.. Overall, Kapacee responded to this challenge brilliantly delivering yet another excellent release.” 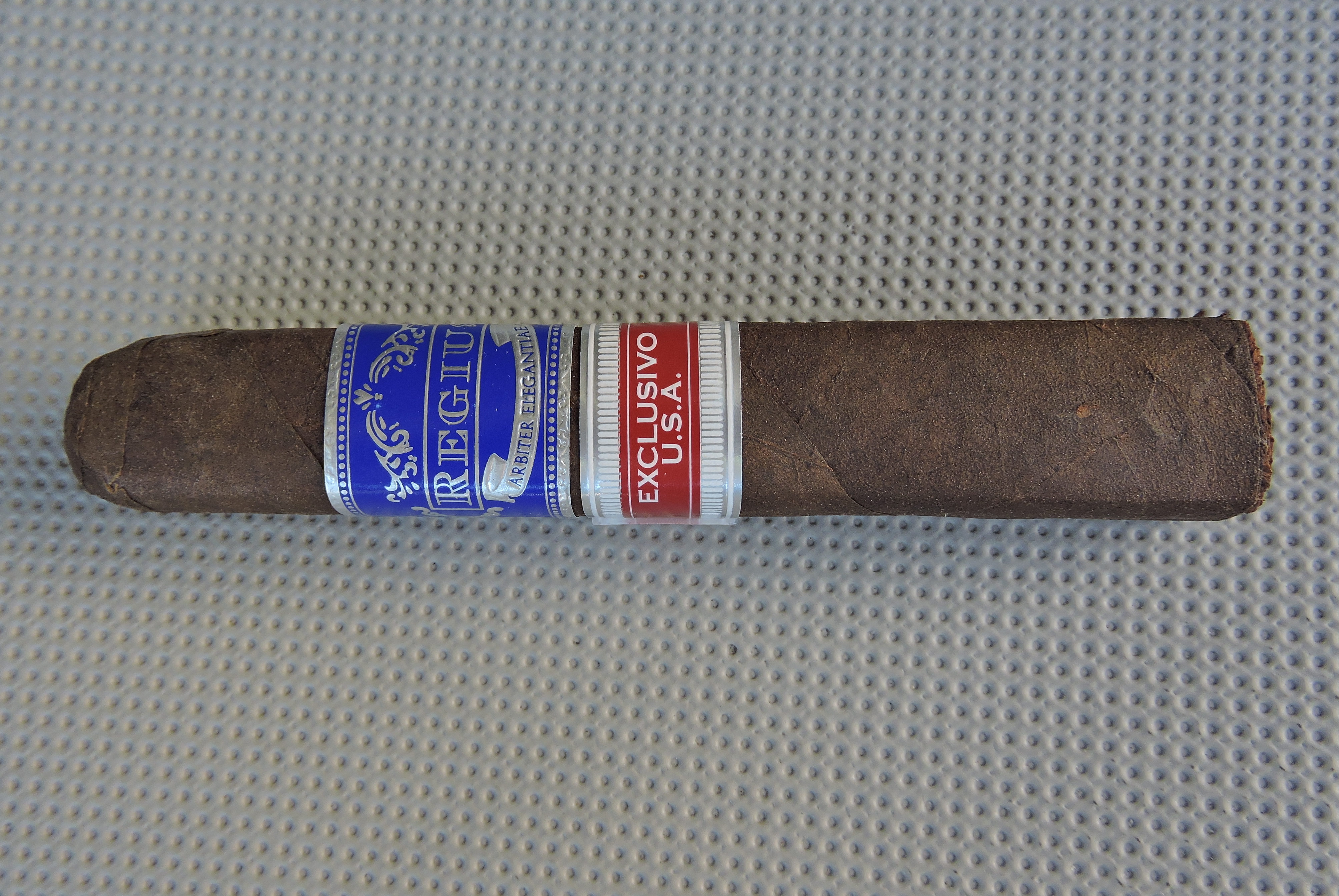 The Regius Exclusivo U.S.A. Oscuro Especial gives Regius an appearance on the Countdown for the second time in three years. Regius is distributed by Quesada Cigars, but is produced in Nicaragua at the Placencia factory. This is the first Nicaraguan-made cigar to land on this year’s countdown.

For his blend, Kapacee went with a San Andres Maduro wrapper over Nicaraguan binder and filler. The Robusto is a 4 1/2 x 52 box-pressed offering. While it is a small cigar, it has no shortage of flavor. It delivers notes of chocolate, earth, natural maduro sweetness and a touch of black pepper. This is not a powerhouse maduro as this cigar started out mild to medium before progressing to medium in the second half. The flavors are medium-bodied throughout the smoking experience.

The nice thing about the Oscuro Especial Robusto is that it is not a San Andres wrapped cigar where it will overpower the blend. This showcases the other flavors in the blend, and it still has the intangible Cuban-style quality Regius has become known for. Kapacee answered the challenge of delivering an Oscuro blend with flying colors here.