Agile Cigar Reviews replace what we termed “Assessment Updates”. The concept is the same, but the name is different. Agile Cigar Reviews use a lightweight, shorter format. These will never take the place of our comprehensive reviews. They are only used on blends we have previously assessed. This might be a blend we are re-scoring or providing a score for a first time. It might be a blend we are looking at in a different size. Today we look at the Tortuga 215 Reserva Cedro No. 10 by Legacy Brands. This is a cigar we have previously assessed several times in the Toro (Celebration Size), most recently in August, 2015. 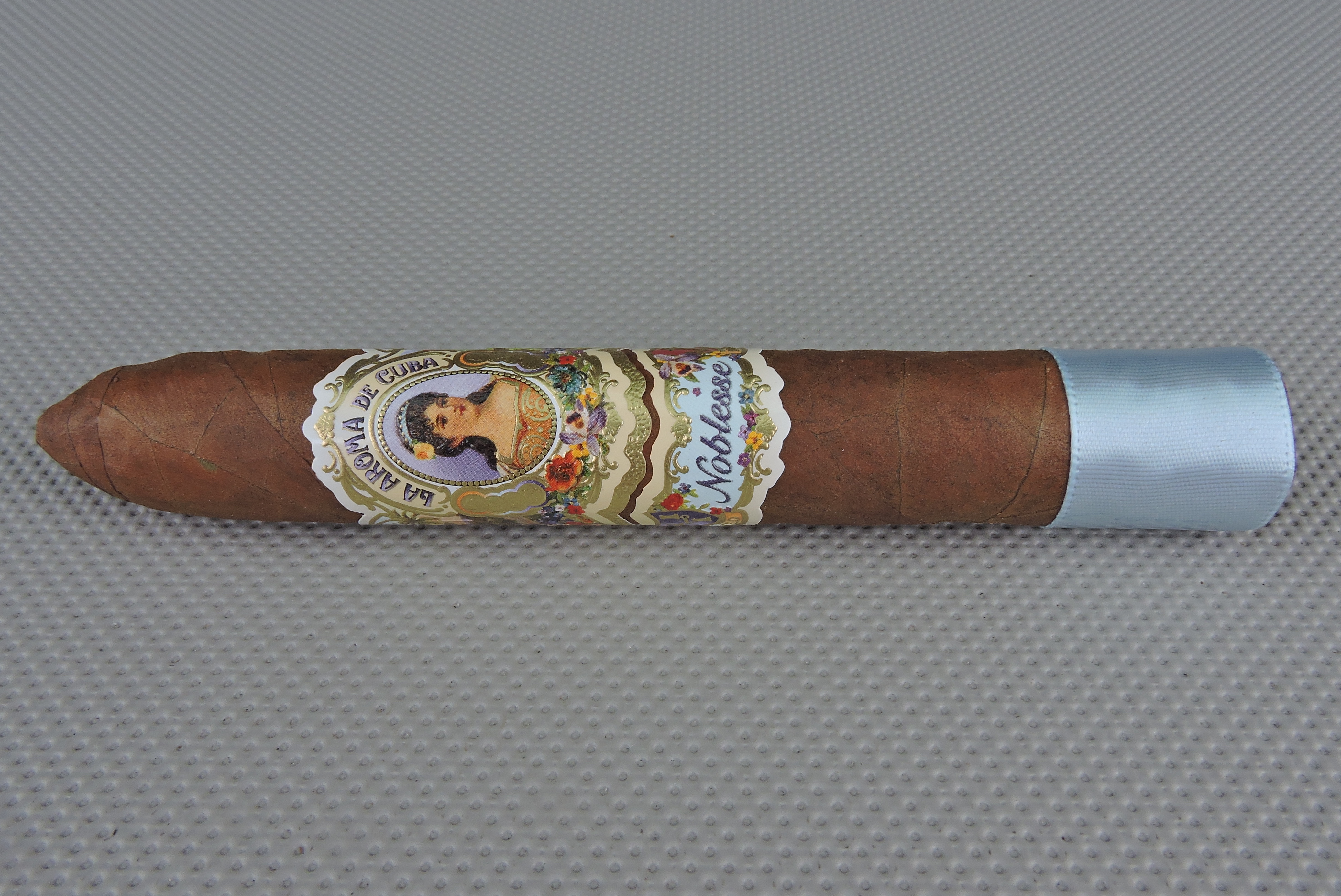 At the 2016 IPCPR Trade Show, Ashton Cigars unveiled a new line extension to its limited edition La Aroma Cuba Noblesse line in the form of a 5 3/4 x 54 Belicoso known as Viceroy. It was back in 2014 when the La Aroma de Cuba Noblesse made its debut. This line has been positioned as an ultra-premium, limited edition line. Originally the Noblesse was released in a Toro size (called Celebration). In 2015, a Robusto size (called Regency) was added. The addition of the Viceroy now offers three vitolas in the line.

La Aroma de Cuba, along with San Cristobal are the two brands that are a part of the Ashton Cigars portfolio that are made at the My Father Cigars factory. The blend features an Ecuadorian Habano Rosado wrapper over a double binder of Nicaragua Criollo and Habano, and a filler consisting of tobaccos from Esteli, Jalapa, and Namanji. Namanji is a region of Nicaragua that is located east of Esteli.

The La Aroma de Cuba Noblesse Viceroy is going to deliver notes of natural tobacco, cocoa, earth, and some black pepper. Early on I found the natural tobacco and fruit notes to be much more prominent. During the second half, I found the earth notes would become the primary notes of the Viceroy. Throughout the smoking experience I found there was a creamy texture to this cigar – and that created a smoother smoke than the Celebration (Toro) counterpart.  In terms of strength and body, I found the Viceroy to be medium to full at the start. There is a slight uptick of the intensity of both of these attributes, but the Viceroy still remained medium to full and the end.

The burn did require a little bit of tlc, but otherwise this is a cigar that performed quite well. Since it’s a bolder cigar, I’d probably steer this to a more experienced cigar enthusiast. As for myself, it is one I would smoke again – and it’s worthy of a box split.