Agile Cigar Reviews replace what we termed “Assessment Updates”. The concept is the same, but the name is different. Agile Cigar Reviews use a lightweight, shorter format. These will never take the place of our comprehensive reviews. They are only used on blends we have previously assessed. This might be a blend we are re-scoring or providing a score for a first time. It might be a blend we are looking at in a different size. Today we take another look at the Asylum 33 5 1/2 x 46. This is a cigar we have previously assessed back in September, 2015. 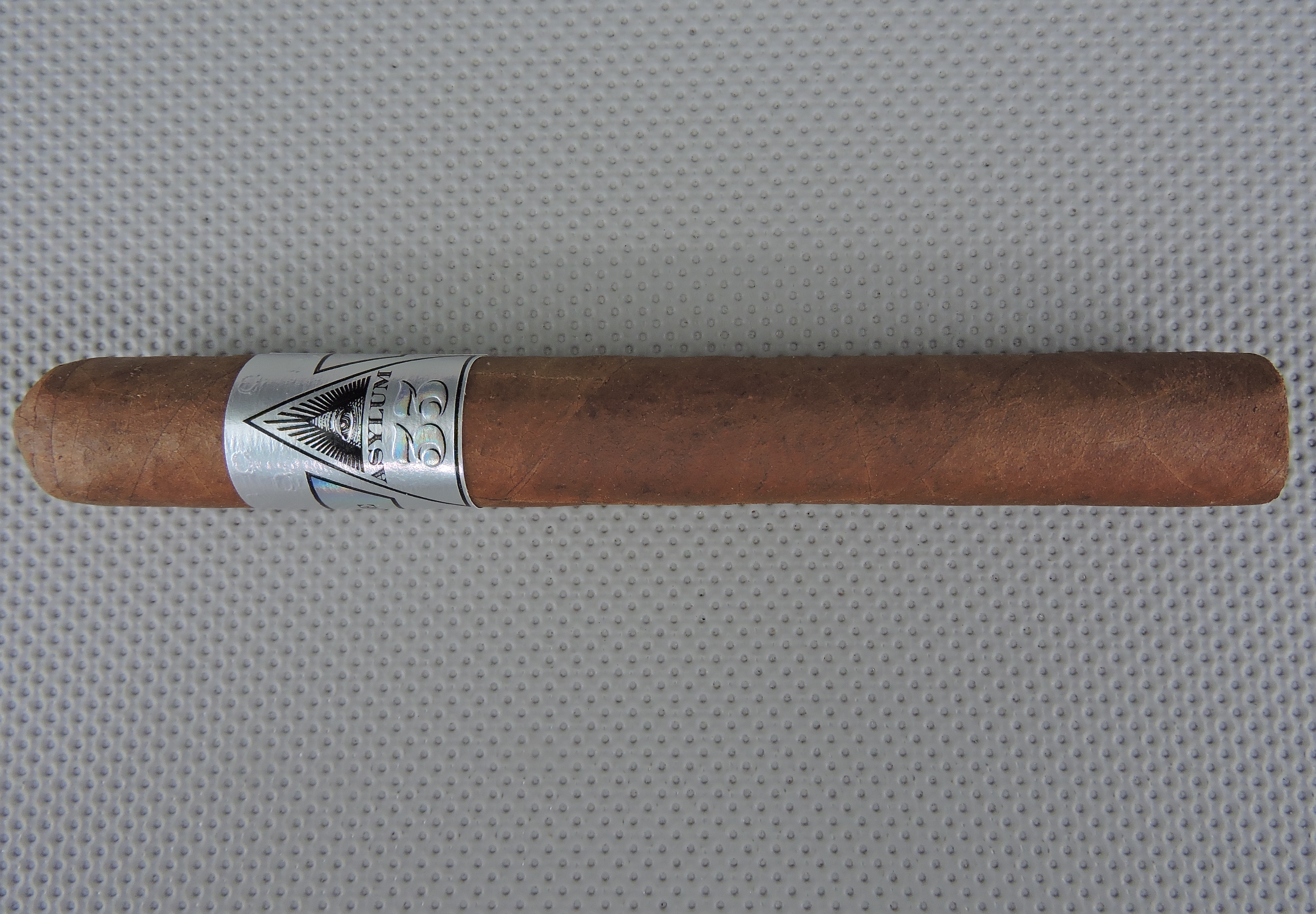 At the 2015 IPCPR Trade Show, Asylum Cigars, the brand under CLE Cigar Company that is a partnership between Christian Eiroa and Tom Lazuka launched a new limited edition line called Asylum 33. The plan for this line was to produce a blend that would utilize some of the best aged tobaccos that Eiroa and Lazuka could procure. The duo has had plans to produce other offerings under the Asylum 33 brand, but at this time that appears to be on hold.

The Asylum 33 5 1/2 x 46, the one thing that stood out was a unique sweet tobacco note that had a slight burnt quality to it. Early on this unique sweetness was the primary note with some bread and cedar notes that were secondary. At the cigar experience progressed into the second half, the cedar note joined the natural tobacco as a primary note. There were also still some bready notes in the background along with a touch of black pepper.

One important quality of this cigar is the retro-hale. It’s going to produce a combination of toast, pepper, and natural tobacco sweetness. It’s going to deliver an extra level of complexity to this cigar.

For whatever reason, I found this aged version of the Asylum 33 to be slightly bolder than when I originally smoked this back in 2015. I found both the strength and body to be medium before progressing to medium to full in the second half.

While all of the key components flavor-wise were still present from 18 months ago, I did find this cigar might have just passed its peak. The synergy of the flavors seemed a little off from when I had previously smoked it. Don’t get me wrong, there still is enough going to make this a worthwhile smoke – it’s just I enjoyed it more 18 months ago. It’s a cigar I’d certainly still recommend to either a novice or experienced cigar enthusiast. As for myself, it’s one that would still pick up a five pack of.