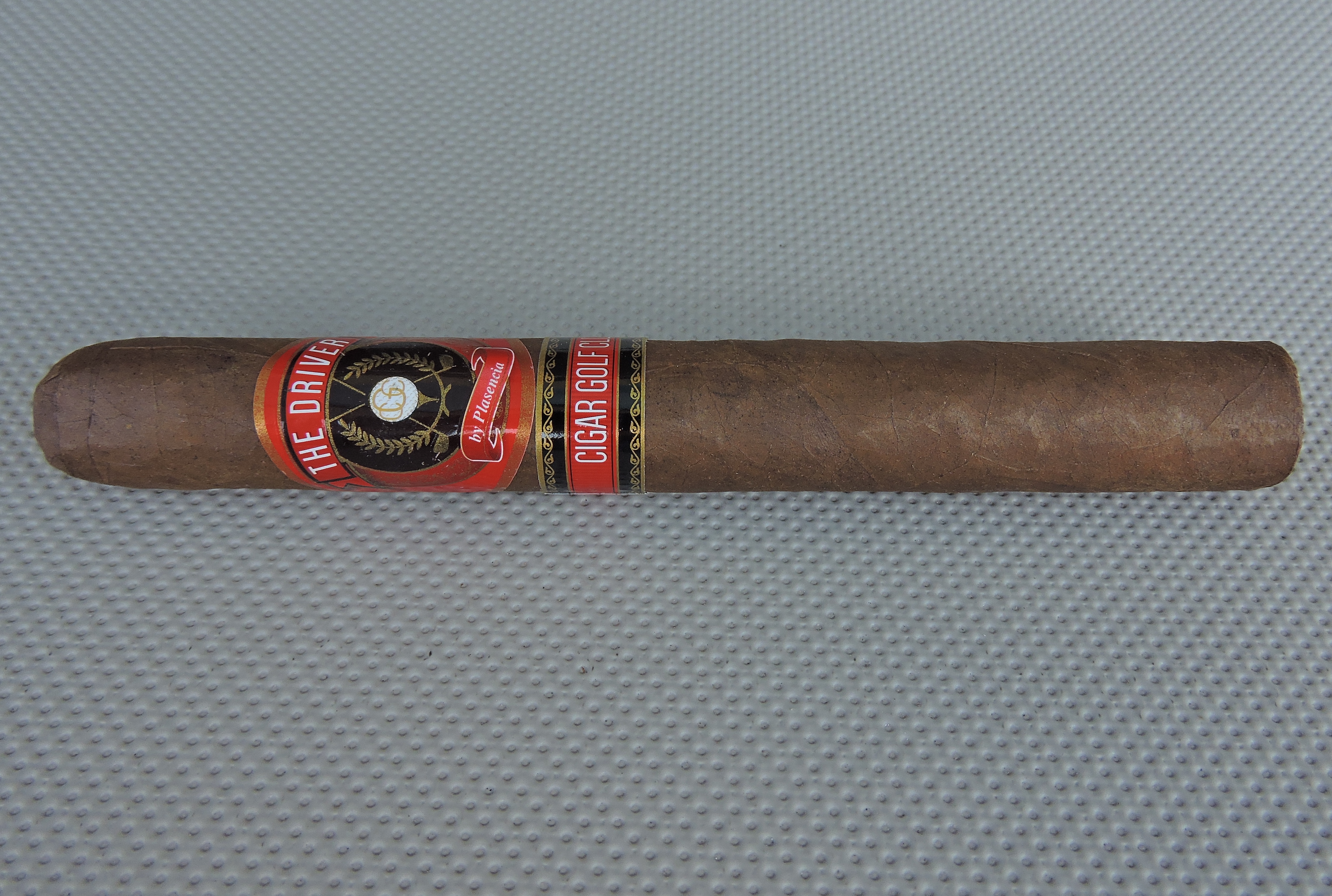 The Plasencias are one of the iconic families in the cigar industry. With farming and factory operations in Nicaragua and Honduras as well as additional farms in Costa Rica and Panama, they have worked to produce cigars for many brands in the cigar industry. In addition, many might forget that the Plasencias have also put their name on several cigars. Most notable releases in recent years have been the Don Sixto by Plasencia and Plasencia Organica distributed by General Cigar and IndianHead Cigars respectively. Last year, the Plasencias took the next step – distributing their own branded cigars. Two separate ventures were formed – Plasencia 1865 and Cigar Golf Club. With Plasencia 1865, the company focuses on premium and ultra-premium lines, with the Plasencia Alma Fuente getting the most attention. As for Cigar Golf Club, as the name indicates, it is a line of cigars with the golfer in mind (and of course a golf theme). Today we take a closer look at one of the offerings under Cigar Golf Club, The Driver.

Cigar Golf Club is run by Plasencia family member Alexandra Plasencia. The company is taking two routes to market with the line. The first is by traditional distribution through retailers and the second is direct to consumer. Included in the direct to consumer approach is through a monthly subscription model where each month a consumer will receive a “Cigar Golf Club Box” – a  sampler box of containing one cigar of each of the five blends the Cigar Golf Club offers. The sampler is also available for standalone purchase.

The five blends each have a golf themed name. These offerings include:

Without further ado, let’s break down Cigar Golf Club’s The Driver and see what this cigar brings to the table:

As mentioned, The Driver is a Nicaraguan puro. This is also a cigar produced out of Nicaragua at the Plasencia factory.

Cigar Golf Club’s The Driver is available in one size – a 6 x 50 Toro.

The Jalapa wrapper of The Driver was definitely on the thick side. It had a rich chocolate brown color to it and somewhat of an oily complexion. I considered this to be a smooth wrapper. There were some visible veins, but the darker color of the wrapper did a nice job at hiding the wrapper seams.

There are two bands on The Driver cigar. Both bands feature a red, black, gold, and white color scheme. The primary band features a white golf ball at the center of the band on a circular black background. The golf ball has the initials “CGC” in gold. Surrounding the ball are a gold wreath and two gold golf clubs. The remainder of the band is mostly red. Above the black background is a red ribbon with black and gold trim. On that ribbon is the text “THE DRIVER” in large white font. Below the black background is a smaller red ribbon with white trim that has the text “by Plasencia” in white trim. There are black, gold, and white adornments around the test of the band. The left side has a thin white nameplate with the text “HAND MADE” in small gold font. The right side also has a thin white nameplate, but with the text “NICARAGUA” in small gold font.

The secondary band has a large red stripe with black and gold trim across the top and bottom. On the center of the red stripe is the text “CIGAR GOLF CLUB” in large white font.

As I normally do, I went with my usual choice of a straight cut to remove the cap. After the cap was removed from The Driver, I moved on to the pre-light draw. The cold draw delivered a nice amount of flavor including cocoa, earth, natural tobacco sweetness along with a touch of floral and cedar. Overall I considered this to be an excellent pre-light draw. At this point, I was ready to light up The Driver and see what the smoking phase would have in store.

The Driver started off with an assortment of flavors including chocolate, earth, natural tobacco sweetness, cedar, and a mix of white and black pepper. Early on the chocolate, earth, and cedar notes moved into the forefront with the pepper spices and natural tobacco receding into the background. By about midway through the first third, the chocolate notes also receded into the background leaving the earth and cedar primary. Meanwhile, the retro-hale delivered an extra layer of cedar and white pepper.

During the early part of the second third, it seemed like the earth notes took the edge over the cedar in the forefront. As The Driver moved through this segment, the cedar notes started to increase in intensity and eventually by the second half of the smoking experience became the primary note.  It was also in the second third where the chocolate notes occasionally popped into the forefront.  The natural tobacco sweetness and pepper also remained secondary although there was a little more pepper lingering on the tongue.

While the second third of The Driver maintained a nice balance between sweetness and spice, things changed during the last third. The cedar took on a more prominent role and was the main note.  The pepper notes also slightly increased in intensity. There still were notes of earth, chocolate, and natural tobacco sweetness, but the balance of spice and sweetness swung to the spice end. This is the way The Driver came to a close. The resulting nub was slightly soft to the touch and cool in temperature.

In terms of the burn of The Driver; each time I smoked this cigar, I found the burn to be a little more high maintenance early on. The burn seemed more inclined to meander during the first half of the smoking experience. As The Driver moved into the second half, I found the burn to be more on cruise control – not requiring more in the way of touch-ups and less inclined to meander. Meanwhile, the resulting ash was gray in color and firm in terms of texture. The burn rate and burn temperature were both ideal. 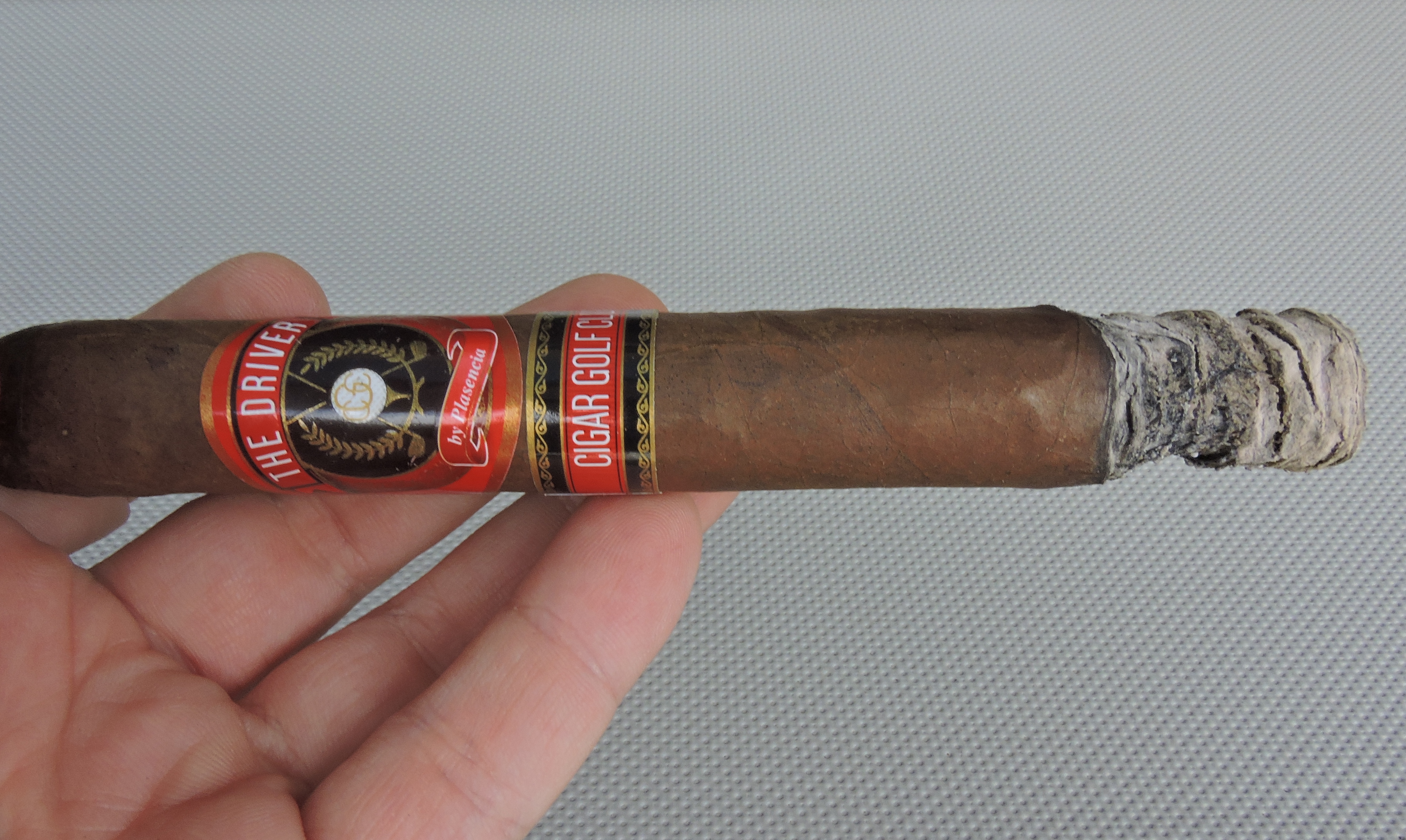 The draw to The Driver performed very well. This cigar seemed to have the right amount of resistance while being a low maintenance cigar to derive flavor from.

In terms of strength, I found Cigar Golf Club’s The Driver to started out medium. Toward the last third of the cigar, there was a slight increase in intensity progressing the strength and body into medium to full territory.

When it came to strength versus body on The Driver, I found the body to have a very slight edge.

The Driver was definitely a tale of two smoking experiences – and each provided a double-edged sword. The first half of the smoking experience was more high maintenance in terms of the burn, but delivered a nice well-balanced flavor profile. The second half saw the burn to be low maintenance, but it was less-balanced and more spicy.