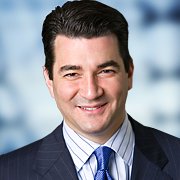 The U.S. Food and Drug Administration (FDA) has a new Commissioner in Dr. Scott Gottlieb. Today Gottlieb was confirmed by the United States Senate in a vote of 57 -42.

Gottlieb, a physician and former Deputy Commissioner at the FDA was nominated by President Donald Trump back in March.  Late last month, he was approved by a vote of 14-9 in the Senate Health, Education, Labor and Pensions committee –  clearing his way for the full vote in the Senate.

Gottlieb’s selection has been hailed by the premium cigar industry. He has been on the record saying the FDA may be overreaching when it comes to regulation on tobacco. For more details and background, see our article here.

In a press release by the International Premium Cigar and Pipe Retailers (IPCPR), CEO Mark Pursell commented, “During his confirmation process, Dr. Gottlieb repeatedly stressed that he will rely on science and common sense, not ideology, to guide his time as commissioner. His past statements on then-proposed regulations for our industry further highlight the new viewpoint he will bring to the FDA. As an industry that knows there is no sound scientific argument to support the new requirements placed on traditional and premium cigars, Dr. Gottlieb’s sober attitude toward regulation combined with his vast public health experience is refreshing.”

The votes by members of the Senate were as follows:

Note: Vote correction was made 57-42.  It was incorrectly posted as 57-41.  The 57-41 vote turned out to be the vote for cloture on the nomination. We apologize for the error.