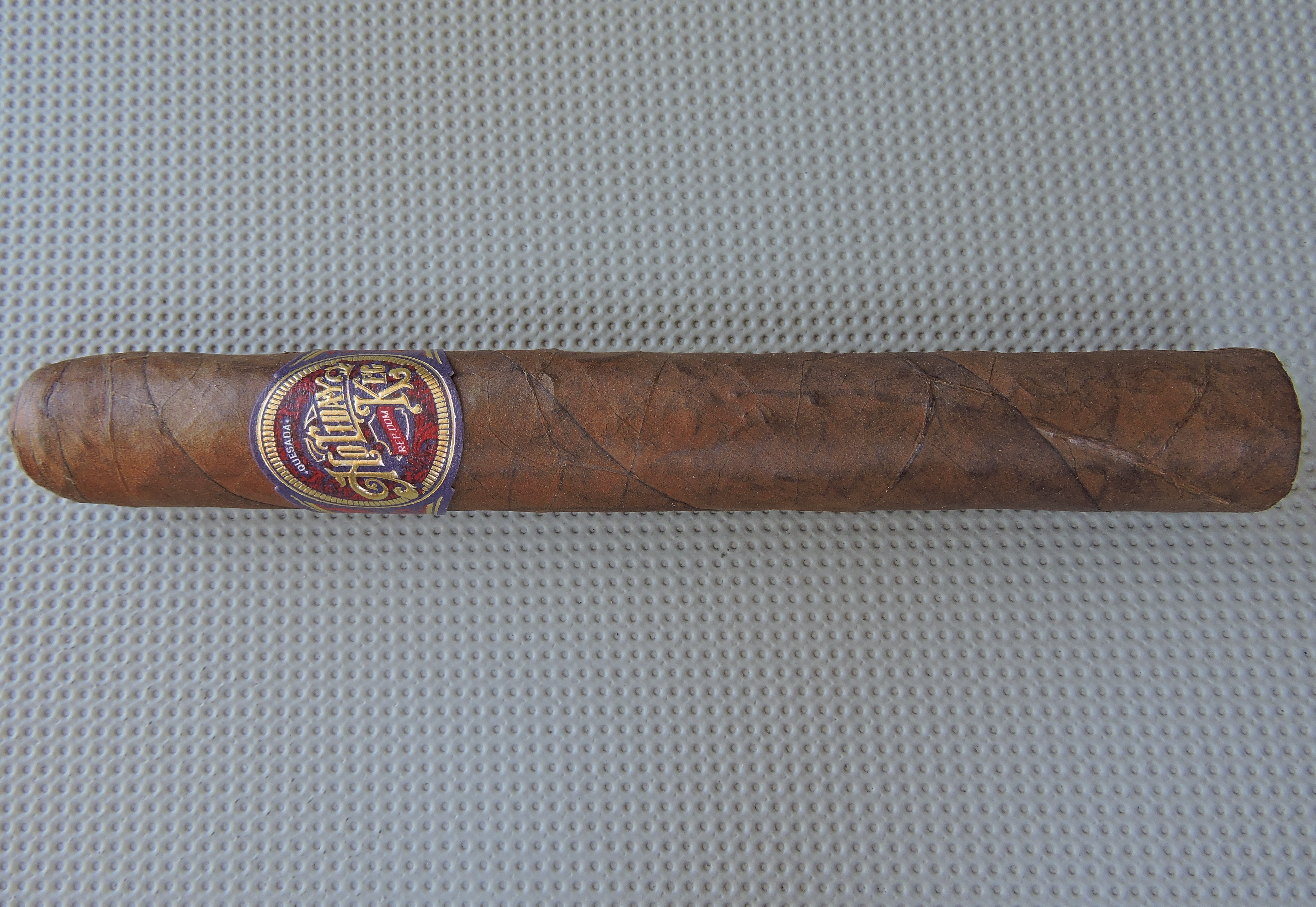 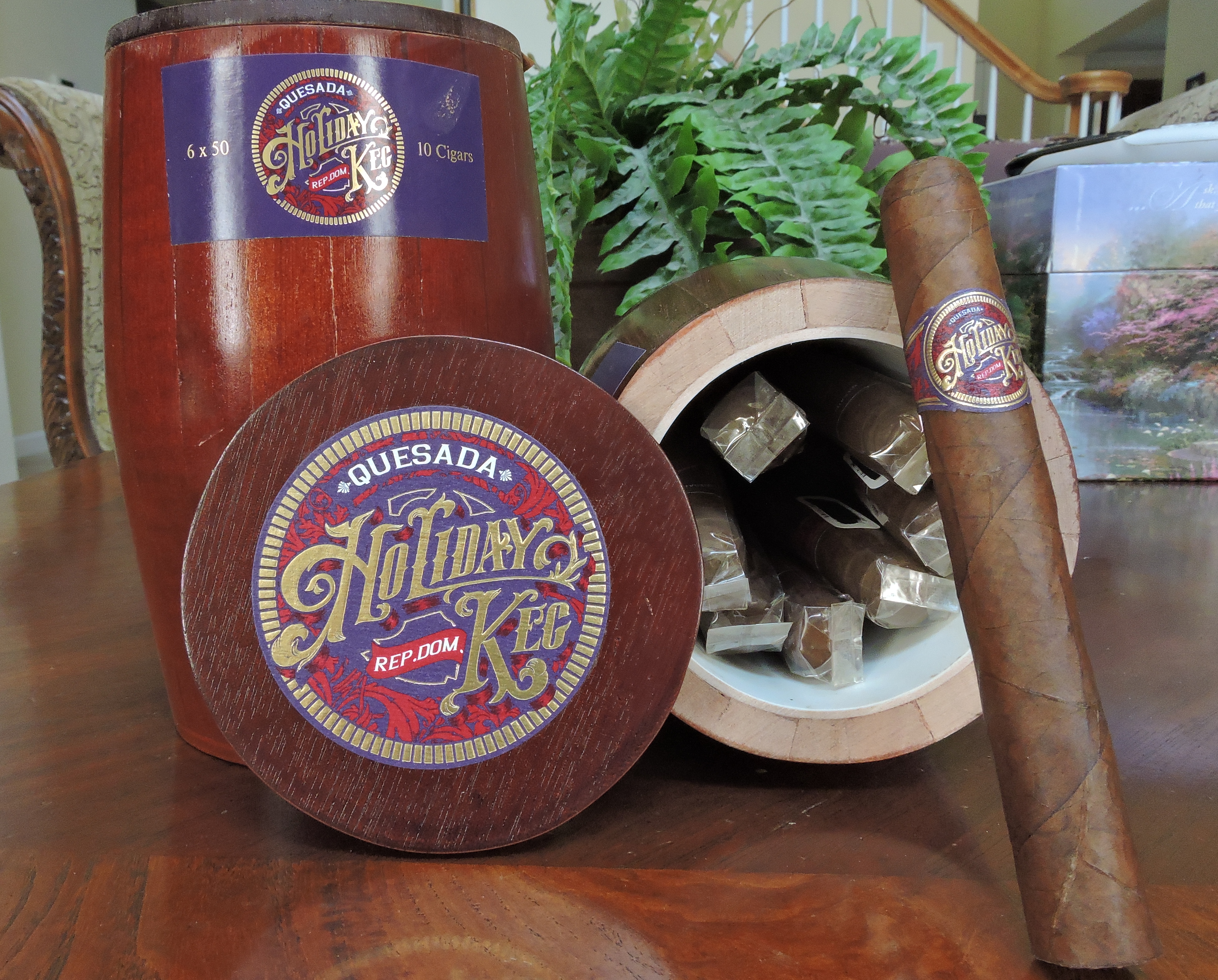 As mentioned one of the more unique features about the Keg series has been the keg canisters the cigars come packaged in. While they are not meant to substitute for a humidor, they are quite decorative. The Quesada Holiday Keg 2016 introduced a cherry-wood design for the packaging here. This is something that was not seen across the other Keg releases.

Without further ado, let’s take a look at the Quesada Holiday Keg 2016 and see what this cigar brings to the table.

The Quesada Holiday Keg is available in one size – a 6 x 50 Toro. There are ten cigars packaged per keg and a total of 1,000 Holiday Kegs were produced in 2016.

The Dominican Corojo wrapper of the Quesada Holiday Keg 2016 had a dark wood-like color. Upon closer examination, some darker mottling can be seen on the wrapper. The wrapper itself was slightly bumpy with some visible veins and visible wrapper seams. I also consistency found this cigar to be well-packed with no soft spots.

The band itself has quite a contemporary design. The band itself has a dark rose background adorned with indigo, gold, and white colored elements. Sitting on a circular field on the front of the band is the text “FONSECA KEG” in a contemporary gold cursive color. Above that text is the text “QUESADA” in white font on an indigo nameplate. Below the “FONSECA” is the text “REP DOM” in white font on a red ribbon. The circular field as well as the rest of the band is trimmed with gold and indigo. There are indigo designs on the left and right side of the band. On the far right is the another indigo nameplate with the text “QUESADA” in white font.

I opted for my usual choice of a straight cut to remove the cap of the Quesada Holiday Keg 2016. Once the cap was clipped I moved on to the pre-light draw. The cold draw delivered notes of nut, cream, and coffee. At times I picked up a touch of dried fruit. Overall I considered the pre-light draw of this cigar to be satisfactory. At this point, I was ready to light up the Quesada Holiday Keg 2016 and see what the smoking phase would have in store.

The Quesada Holiday Keg 2016 started out with notes of generic wood and coffee. In the background there were some subtle notes of white pepper and dried fruit that delivered a touch of sweetness and spice. On the retro-hale, I picked up more wood notes as well as some additional white pepper.

As the Quesada Holiday Keg 2016 moved through the first third, a creamy texture surfaced with thew wood notes. At the same time, coffee notes subsided into the background joining the pepper and dried fruit.

The second third of the cigar still saw the creamy / wood combination as the primary flavor. By the midway point, some cedar entered the forefront. The dried fruit and coffee notes were now quite distant and not contributing greatly to the flavor profile. During this stage, the white pepper transitioned to more of a black pepper on the tongue and retro-hale.

The last third of the Quesada Holiday Keg 2016 saw the mix of wood, cream, and cedar as the primary flavors. There also was still some black pepper in the background. This is the way the cigar experience came to a close. The resulting nub was firm to the touch and cool in temperature.

From a burn standpoint, I found the Quesada Holiday Keg 2016 scored nicely. This cigar maintained a straight burn line and a straight burn path from start to finish. This was a cigar that did not require excessive touch-ups. The resulting ash was firm and nearly white in color. As for the burn rate and burn temperature, both were ideal. 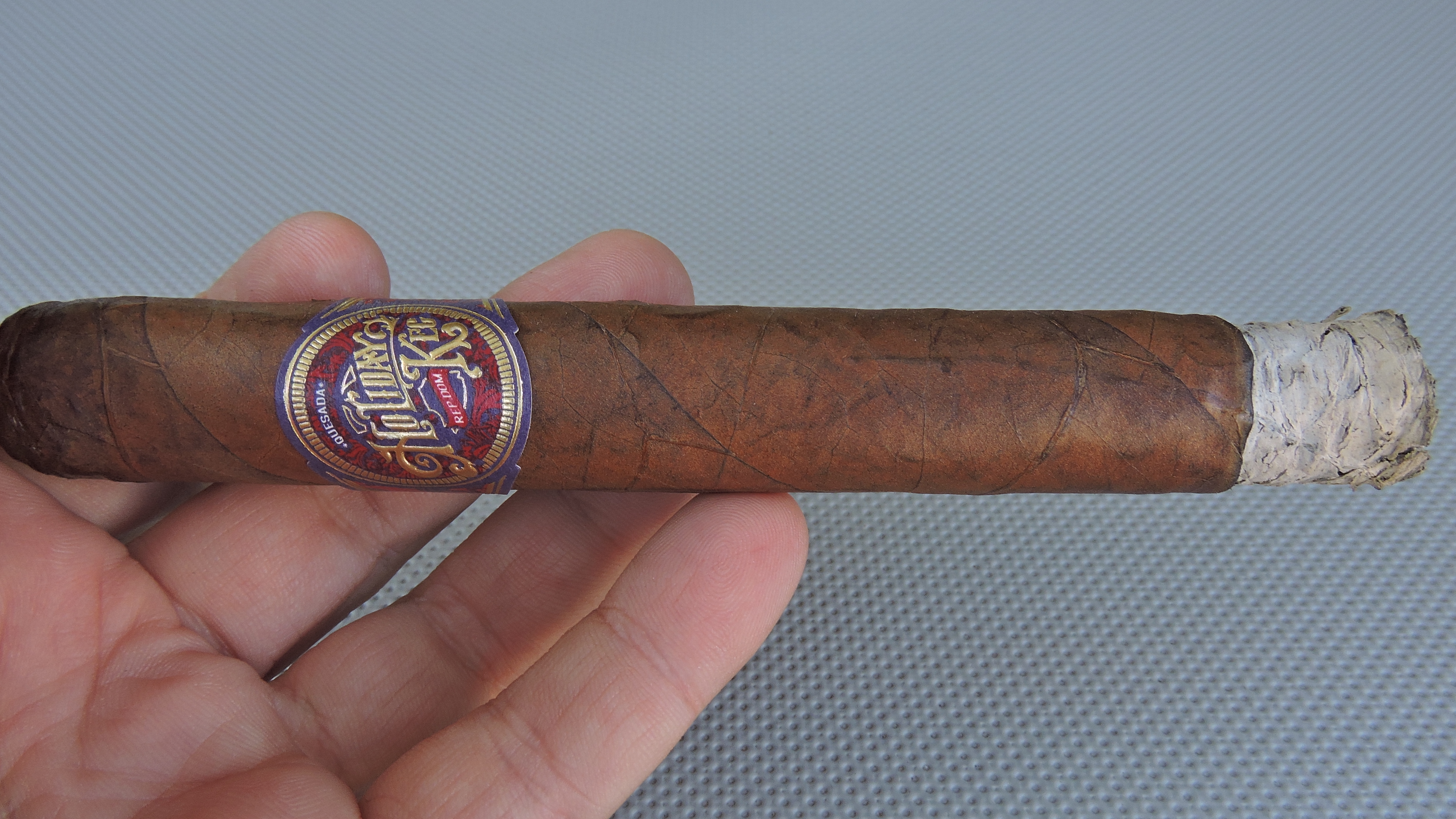 Burn of the Quesada Holiday Keg

The draw performed excellent as well. This cigar had a touch of resistance to it – which is something that I like. This made the Quesada Holiday Keg 2016 an enjoyable cigar to puff on.

In terms of strength and body, I did not find the Quesada Holiday Keg to be an overpowering cigar. This cigar started out mild to medium in strength. By the second third, it progressed to medium strength and the level remainder constant for the duration of the smoke. As for the body, I found the flavors to be medium throughout the smoke – with little variation from start to finish.

In terms of strength versus body with the Holiday Keg 2016, I gave the edge to the body.

I will admit, when the Quesada Holiday Kegs shipped late last year, I felt the cigars were a little unbalanced and needed some time. Now with six months of age on this cigar, I found the Holiday Keg 2016 to now have better balance and frankly better flavor. I also found the aging resulted in the strength and body mellowing a bit – and this resulted in a better smoking experience. This is a cigar that I feel can be smoked by both novice and experienced cigar enthusiasts. As for myself, this is definitely a cigar I would reach for again – and it’s one worthy of a box/keg split.