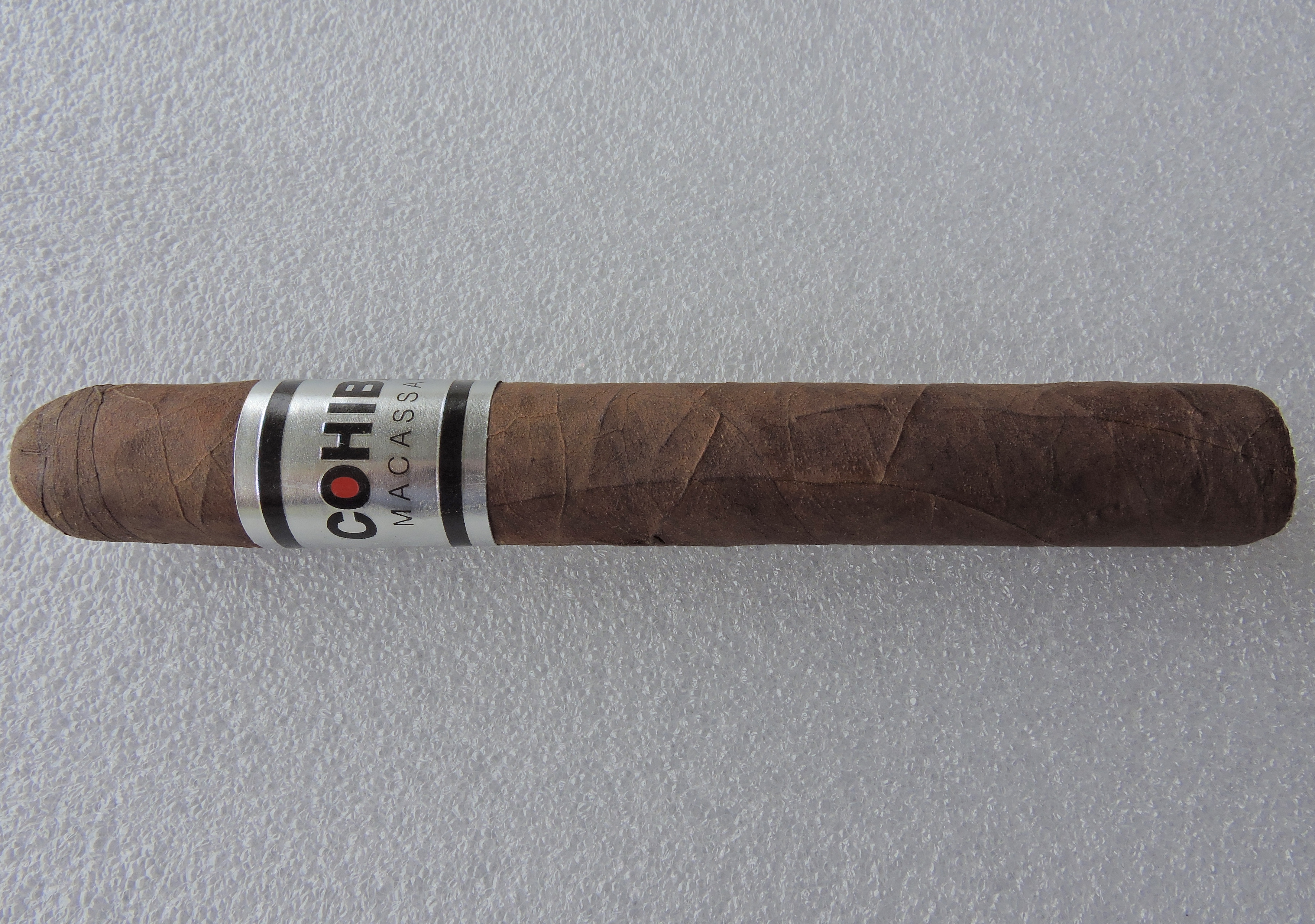 The Macassar derives its name from Indonesian Ebony Macassar – the high-end wood that is considered one of the most difficult to procure. The packaging of the Cohiba Macassar reflects the theme of the Ebony Macassar wood. 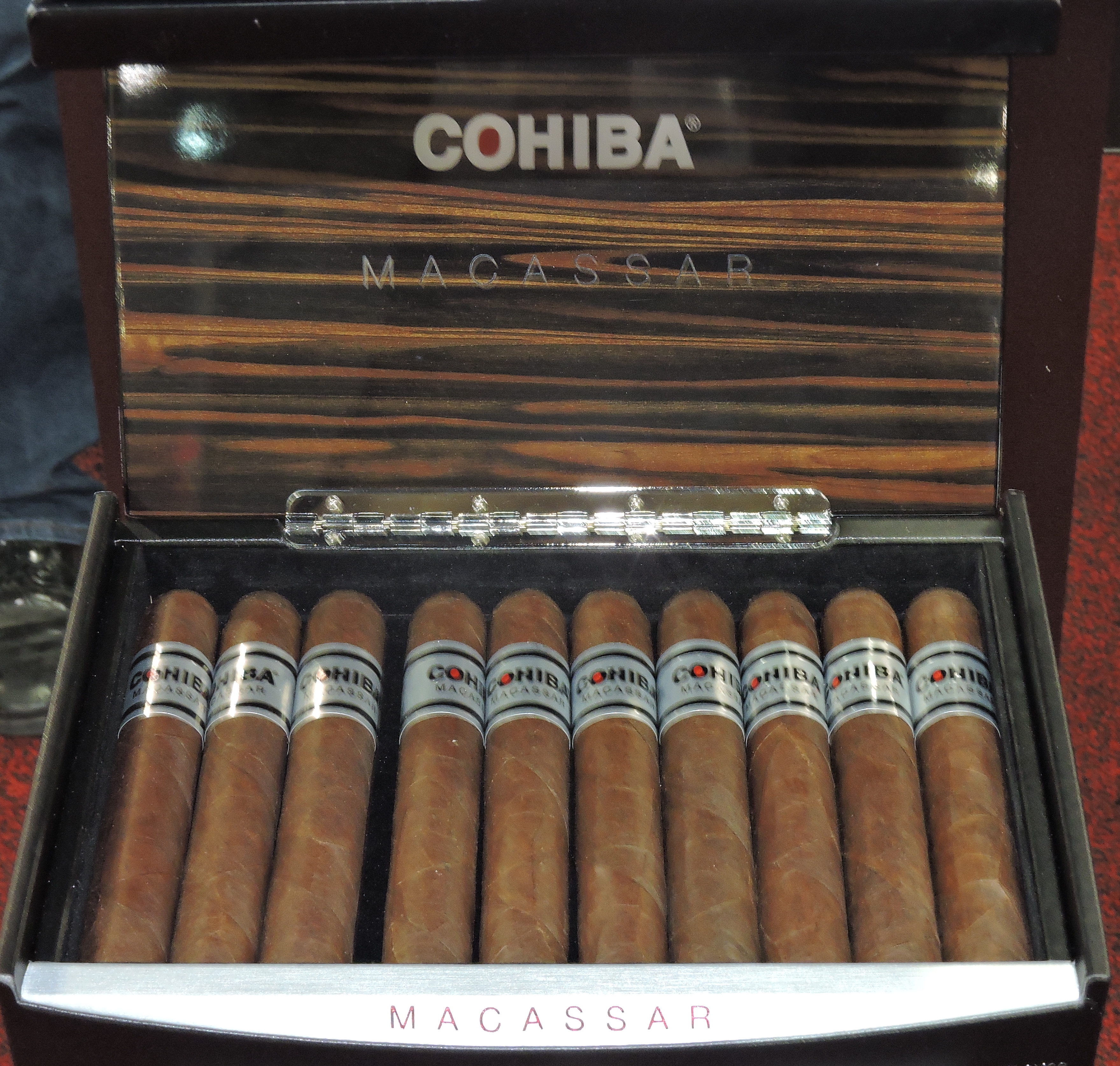 Packaging of the Cohiba Macassar

Without further ado, let’s break down the Cohiba Macassar Toro Grande and see what this cigar brings to the table.

The blend for the Macassar is a new one, but was derived from the Comador blend. In particular, the wrapper for the Cohiba Macassar was grown in a different region of the Connecticut River Valley. The blend also incorporates a Connecticut Broadleaf binder and a filler consisting of proprietary Dominican Mao region and Nicaraguan Jalapa tobaccos.

Like the Cohiba Comador, the Macassar incorporates a rum barrel aging process for the tobacco. Most of the tobaccos are aged a minimum of four years, aging in a rum barrel the last year. The binder actually goes through a longer process, aging for six years. 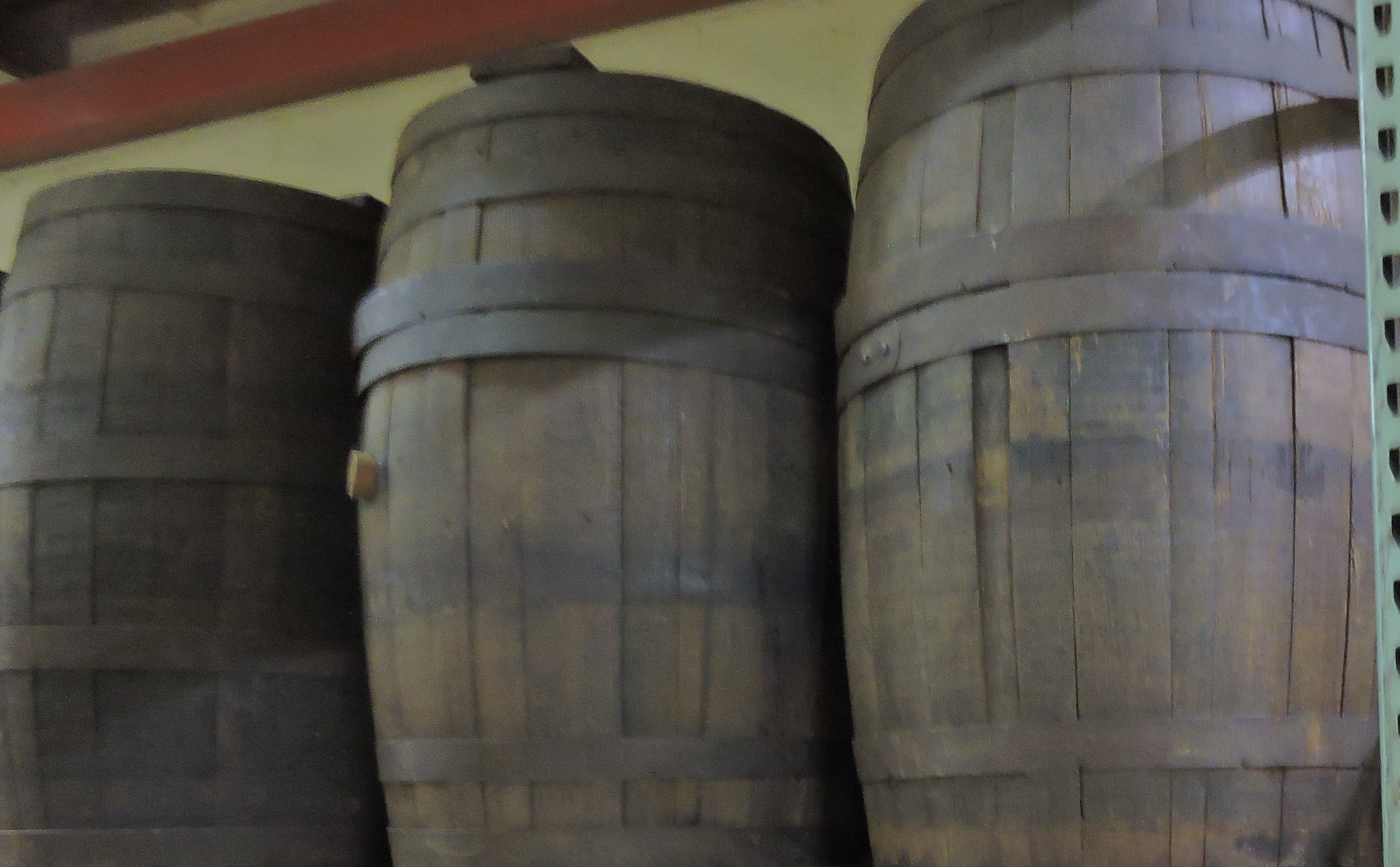 The Cohiba Macassar is available in three sizes. Each size is packaged in ten-count boxes.

The Connecticut Havano wrapper of the Cohiba Macassar Toro Grande has a chocolate brown color to it. Upon closer examination, there is some darker mottling on the surface. There wasn’t much oil on this wrapper. There were some visible veins and some visible wrapper seams.

As I normally do, I went with a straight cut to remove the cap of the Cohiba Macassar. Once the cap was removed, I commenced with the pre-light draw phase. The cold draw delivered a mix of cocoa powder, wood, and cedar. Overall, I considered this to be a very good pre-light draw. At this point, I was ready to light up the Cohiba Macassar Toro Grande and see what the smoking experience would have in store.

The Cohiba Macassar Toro Grande started out with notes of cocoa powder, natural tobacco, and cedar. As the flavor profile evolved during the first third, the cocoa powder became a primary note early on and the natural tobacco and cedar notes moved into the background. The retro-hale produced an additional layer of cedar.

Overall, the Cohiba Macassar Toro Grande was a well-constructed cigar and this reflected nicely on the burn and draw. The burn path remained straight from start to finish. The burn line had a slight curvature to it, but the cigar itself wasn’t prone to meandering. The cigar required what I consider to be a normal amount of touch-ups. There was a salt and pepper color scheme to the resulting ash, which was on the firm side. As for the burn rate and burn temperature, both were ideal. 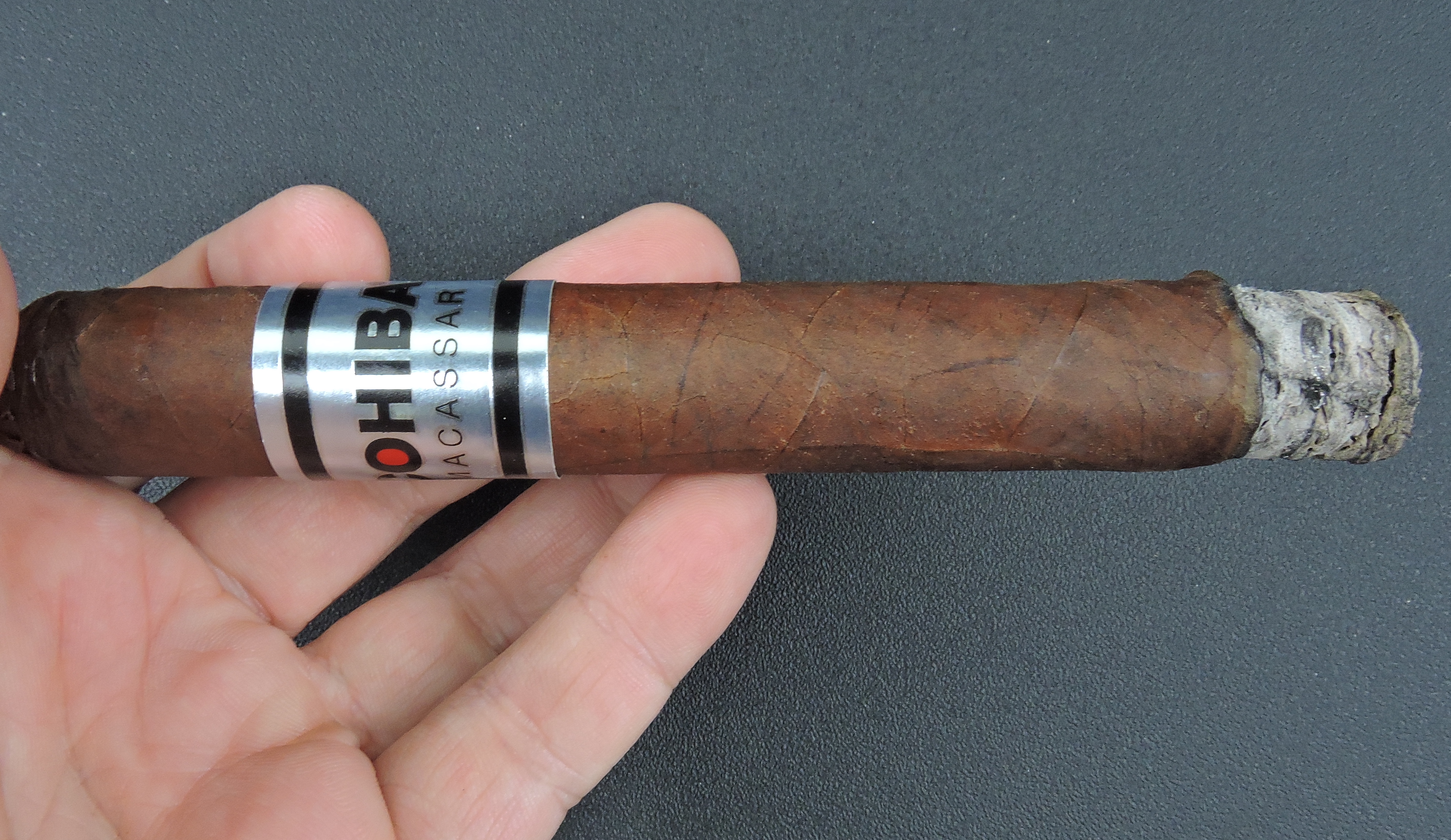 Burn of the Cohiba Macassar

The draw performed very well. This ash had the right amount of resistance to it, and as a result, this was a low maintenance cigar to derive flavor from.

The Cohiba Macassar Toro Grande started out with a medium strength, medium bodied profile. Both attributes slightly increased in intensity along the way. By the final third, I found both the strength and body to be in the medium to full range. I also found both of these attributes balanced each other very nicely with neither attribute overshadowing the other.

Overall, I found the Cohiba Macassar Toro Grande to deliver very nice flavor and have excellent construction. I did find this cigar fell a little short when it came to complexity.  I was hoping for more in the way of flavor nuances with this cigar. This is where I thought the Macassar’s predecessor, the Comador had an edge.

This is positioned as an ultra-premium line and the Toro Grande comes in at around $22.00. While price didn’t affect our numerical score (which is a solid 89), it did have more of an impact on our assessment rating. Still, since the flavors are very good, it’s a cigar I’d smoke again. It’s also a cigar I’d recommend either a novice or experienced one to try.  However, I expected a little more from a $22.00 cigar.