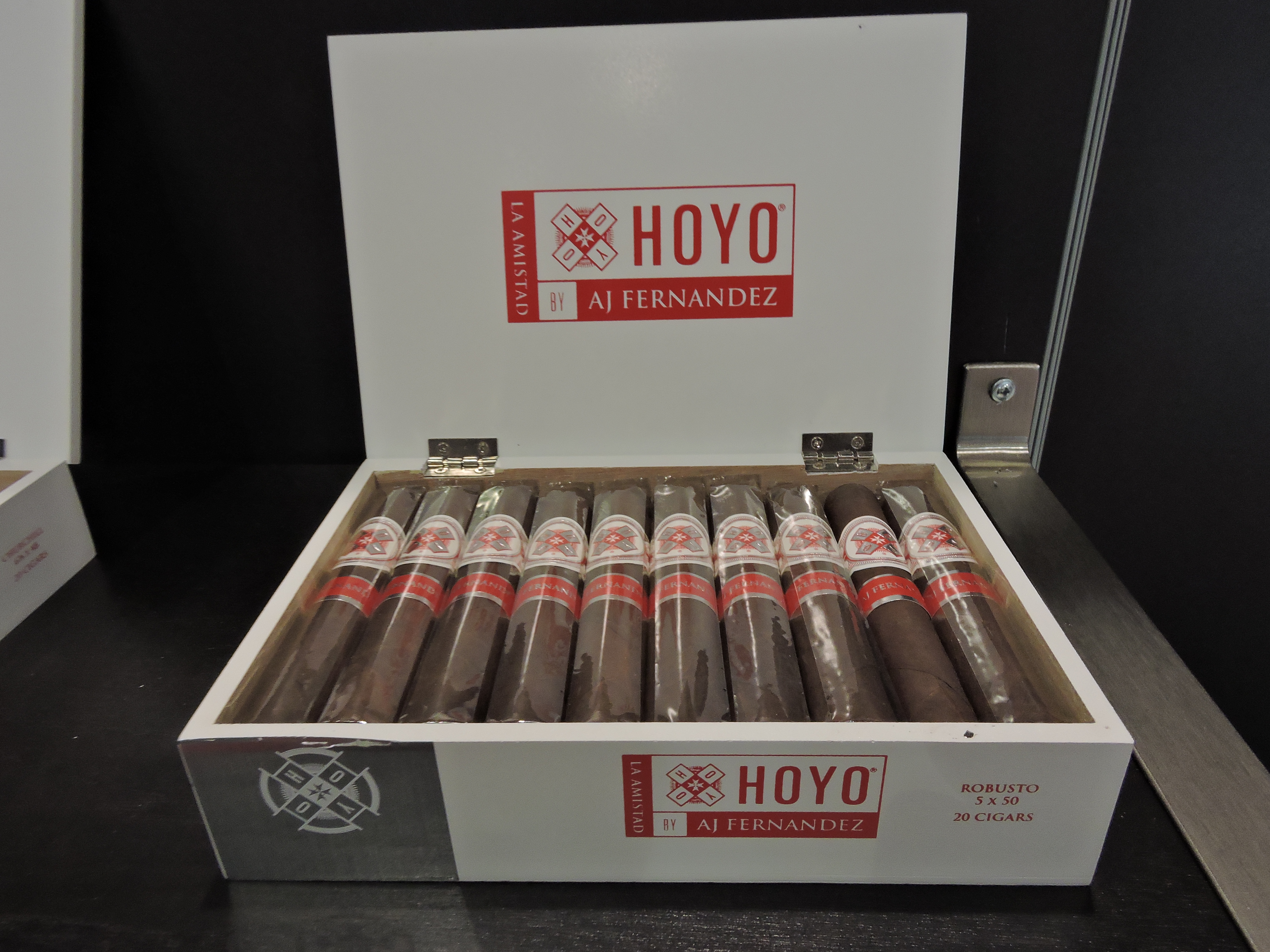 At the 2017 IPCPR Trade Show, General Cigar introduced a second collaboration with acclaimed cigar maker AJ Fernandez under its Hoyo brand. This cigar is dubbed the Hoyo La Amistad Silver.

The new Hoyo La Amistad Silver is an all-Habano seed blend consisting of an Ecuadorian Habano wrapper, a Nicaraguan Habano binder, and proprietary Cuban-seed (Habano) Nicaraguan tobaccos cultivated by Fernandez on his farms in Estelí and Condega. The cigar is available in three sizes: Churchill, Robusto, and “Pancho” (5 1/2 x 52). Each of the three sizes is available in 20-count boxes.

“It is an honor to blend for Hoyo because it reminds me how far I’ve come and gives me a chance to reflect on my roots. Growing up in Cuba near to the Hoyo de Monterrey tobacco farms left a big impression on me. Those fields will always remind me of home. So when I came to develop the second blend in the Hoyo La Amistad series, I wanted to honor the Cuban tradition of Hoyo by making a cigar with all Cuban-seed tobaccos. In this project, I used tobaccos that I grew on my farms in Nicaragua, so this is very special to me personally,” commented AJ Fernandez in a press release.

The Hoyo La Amistad Silver is scheduled to ship in mid-August.

At a glance, here is a look at the Hoyo La Amistad: