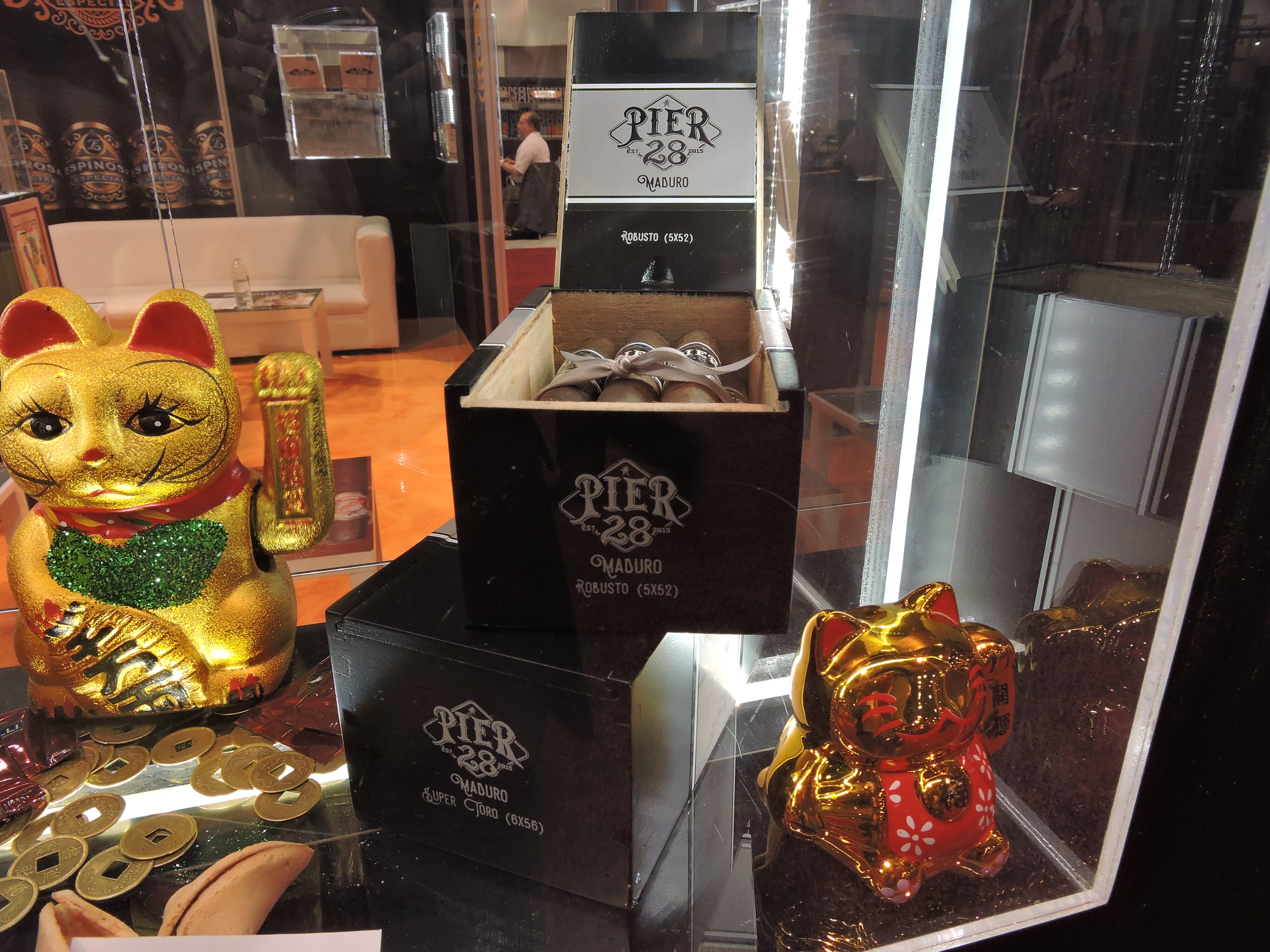 Pier 28 Cigars is the brand owned by Espinosa West Coast Sales Manager Tim Wong. Last year at the Trade Show, he launched his first cigar, the Pier 28 Habano. This year, he returned with his second line, the Pier 28 Maduro.

Pier 28 Cigars are produced at Erik Espinosa’s La Zona factory in Estelí, Nicaragua. It is sold primarily in Wong’s territory and is also available at Espinosa Cigar lounges.

Pier 28 Maduro is described as a “classic blend of Nicaraguan fillers” utilizing a San Andres Maduro wrapper. It is available in “La Bomba Chocolate” (Corona), Robusto, Super Toro, and Double Corona The cigars are sold in ten-count boxes, but retailers have an option for refillable 20-count boxes.

According to Wong, the name of the Corona vitola, “La Bomba Chocolate” was a tip of the cap to Espinosa Cigars’ owner, Erik Espinosa.

At a glance, here is a look at the Pier 28 Maduro: