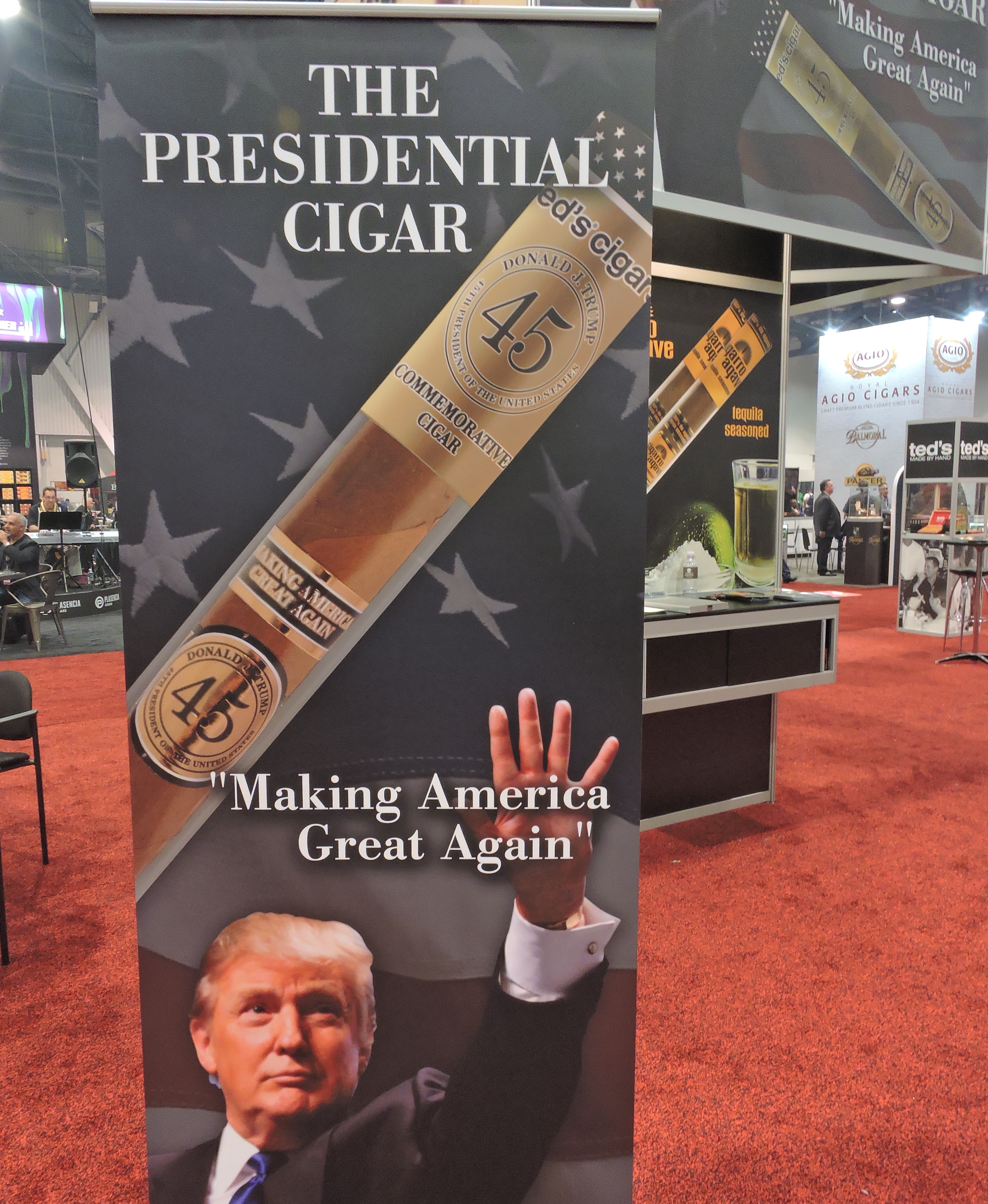 Ted’s Cigars’ has been known for its unique infusion projects such as Maker’s Mark, Grand Mariner, and Samuel Adams – however at the 2017 IPCPR Trade Show, owner Ted Jackson showcased a traditional cigar called the Presidential Cigar. It’s a cigar meant to commemorate the Presidency of Donald J. Trump. 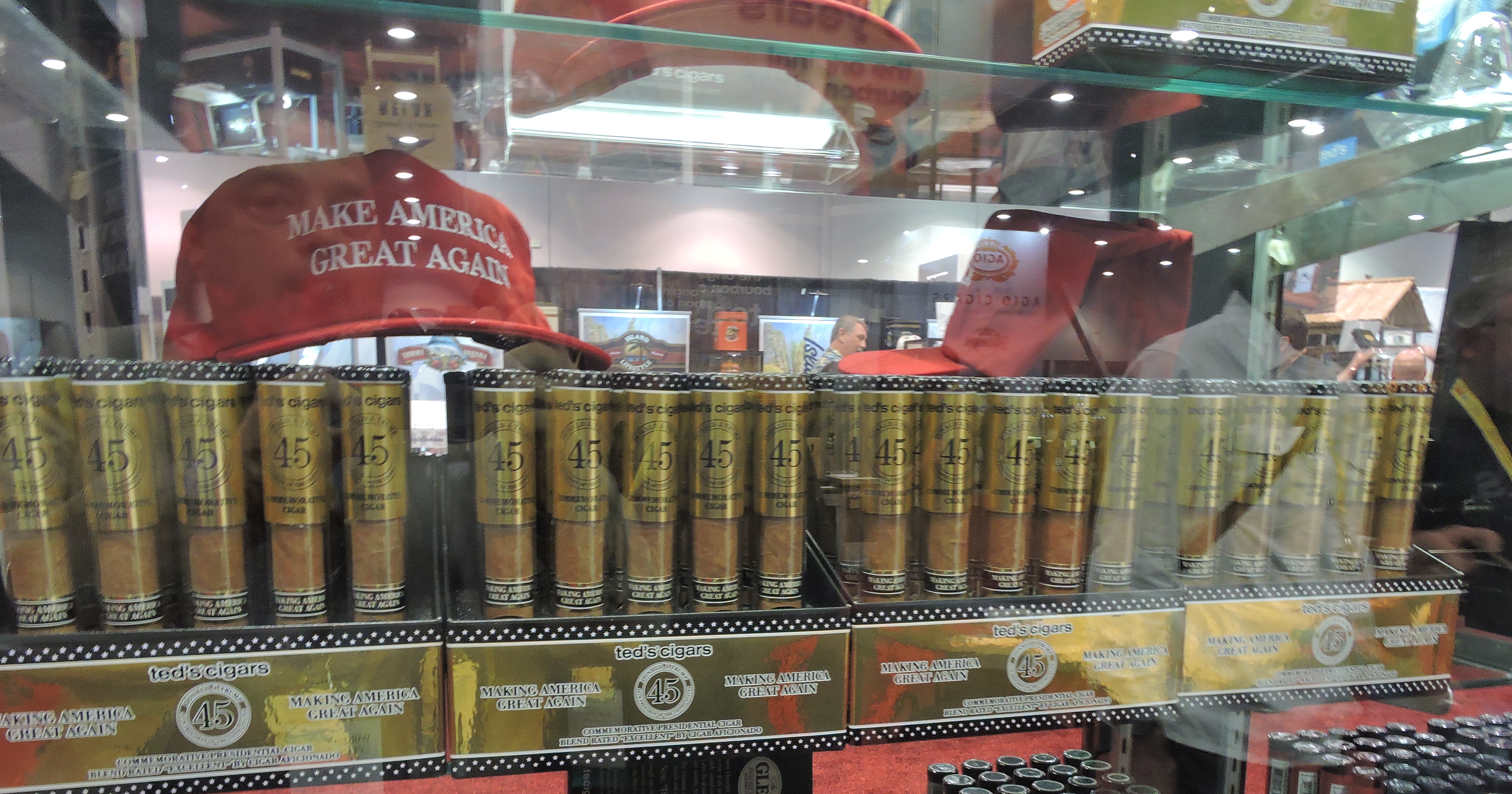 The Presidential Cigar is based on Ted’s Connecticut Shade blend – this is a traditional offering by Ted’s Cigars but is packaged in a glass tube along with packaging to commemorate the Trump Presidency. The blend consists of a Connecticut Shade wrapper, Dominican binder, and a combination of fillers from Brazil, Nicaragua, and the Dominican Republic. The cigar comes in one size – a 6 x 50 Toro in a tube.

It also isn’t the first time Ted’s Cigars has released a cigar commemorating the Presidency. In 2005, the company created the George W. Bush Inaugural Cigar. This was followed by the Barack Obama Inaugural Cigar in 2009 and a Trump Inaugural Cigar earlier this year.