Feature Story: Cigar of the Year Awards Presented at 2017 IPCPR

While we have been naming and ranking cigars in our Cigar of the Year Countdown since 2010, 2016 marked the first year we gave out physical awards for the top three ranked cigars. We chose IPCPR 2017 as the venue to give out these awards.

Litto Gomez and family were presented the award for #3 Cigar of the Year, the La Flor Dominicana Litto Gomez Diez Small Batch No. 6 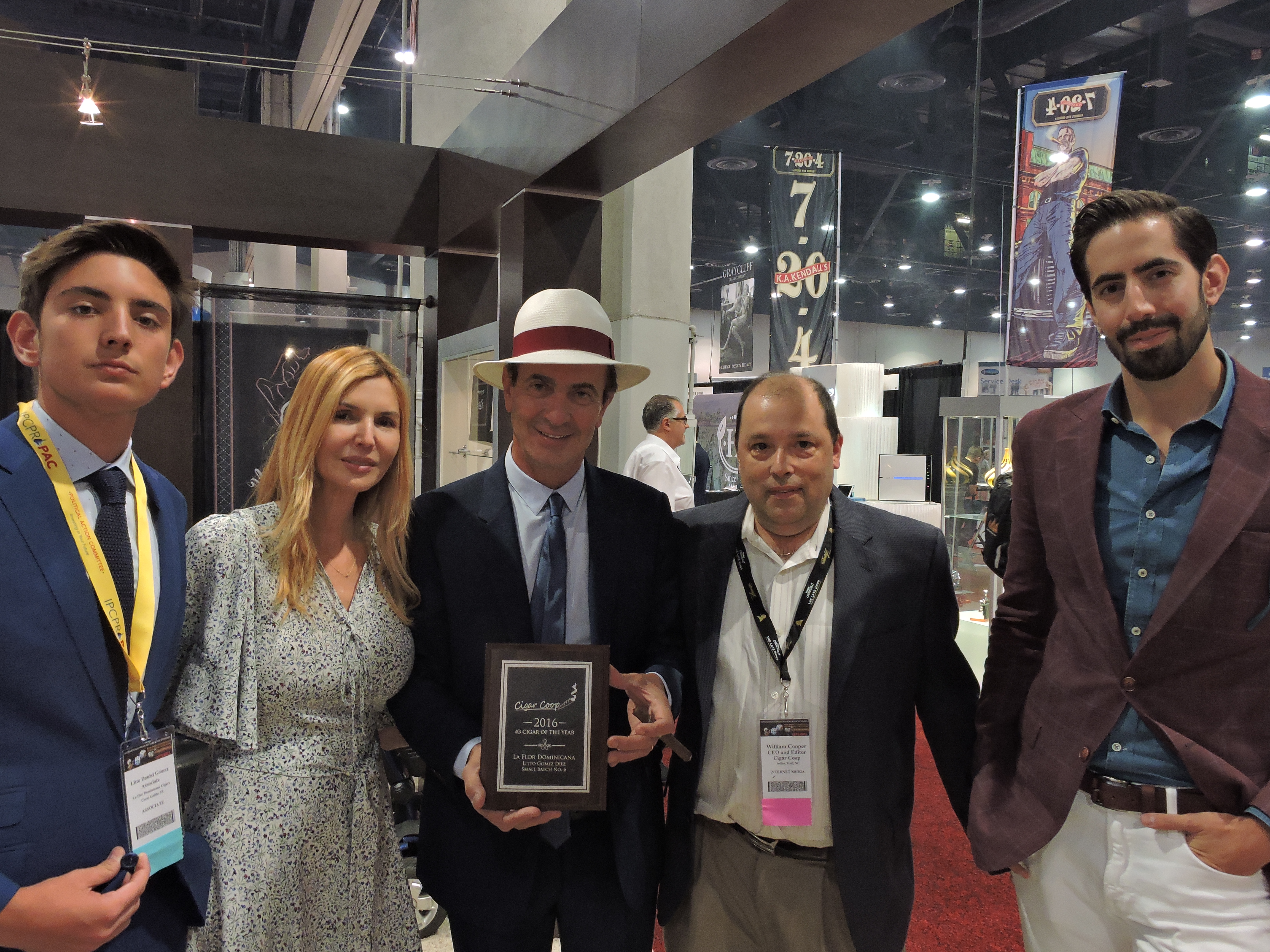 Justo Eiroa and his family were presented the award for #2 Cigar of the Year, the Aladino Elegante by JRE Tobacco. 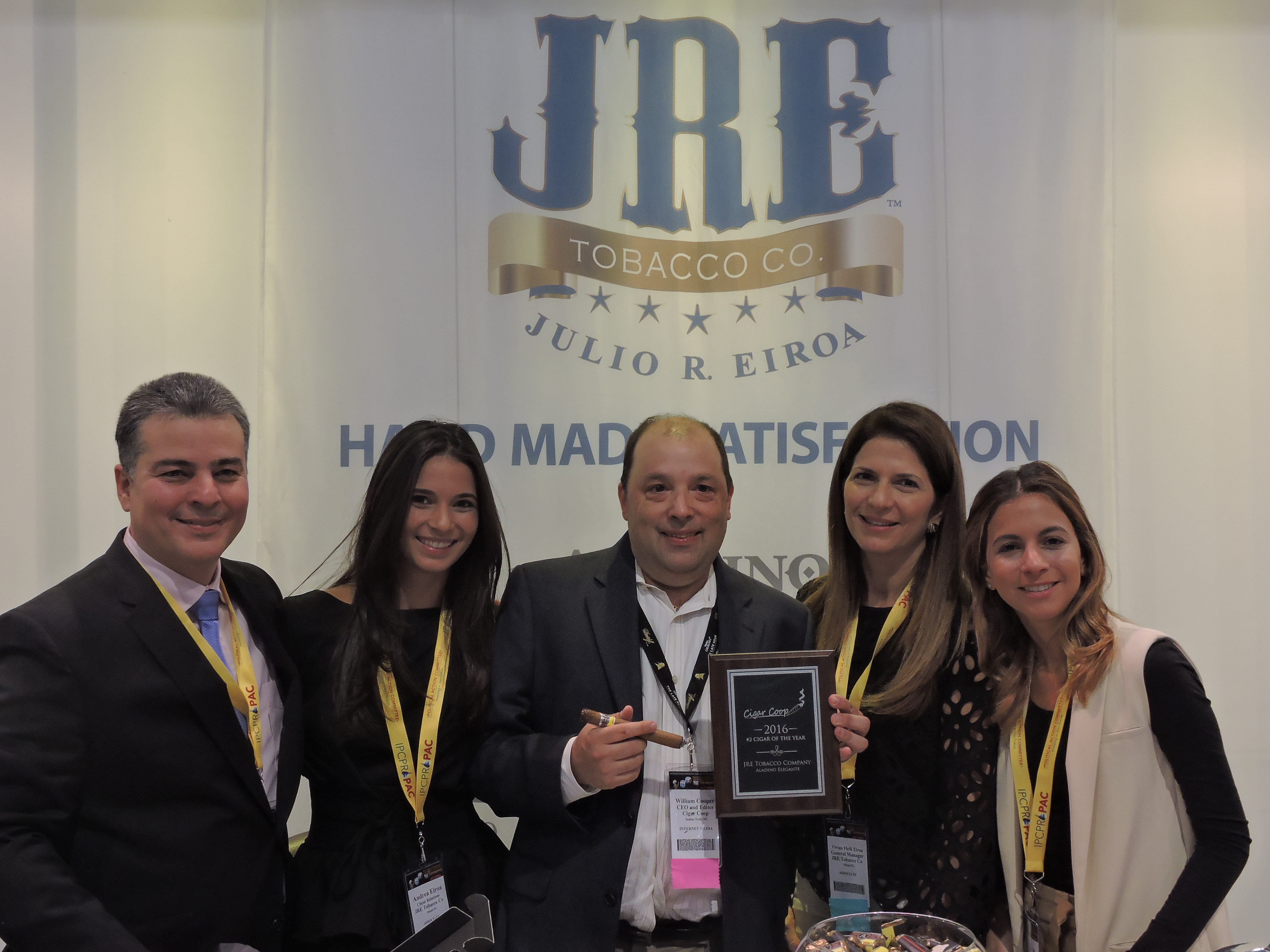 Finally, Jeff Haugen, Casey Haugen, and Mark Daum of Crux Cigar Company were given the award for the Cigar Coop Cigar of the Year, the Crux du Connoisseur No. 2. 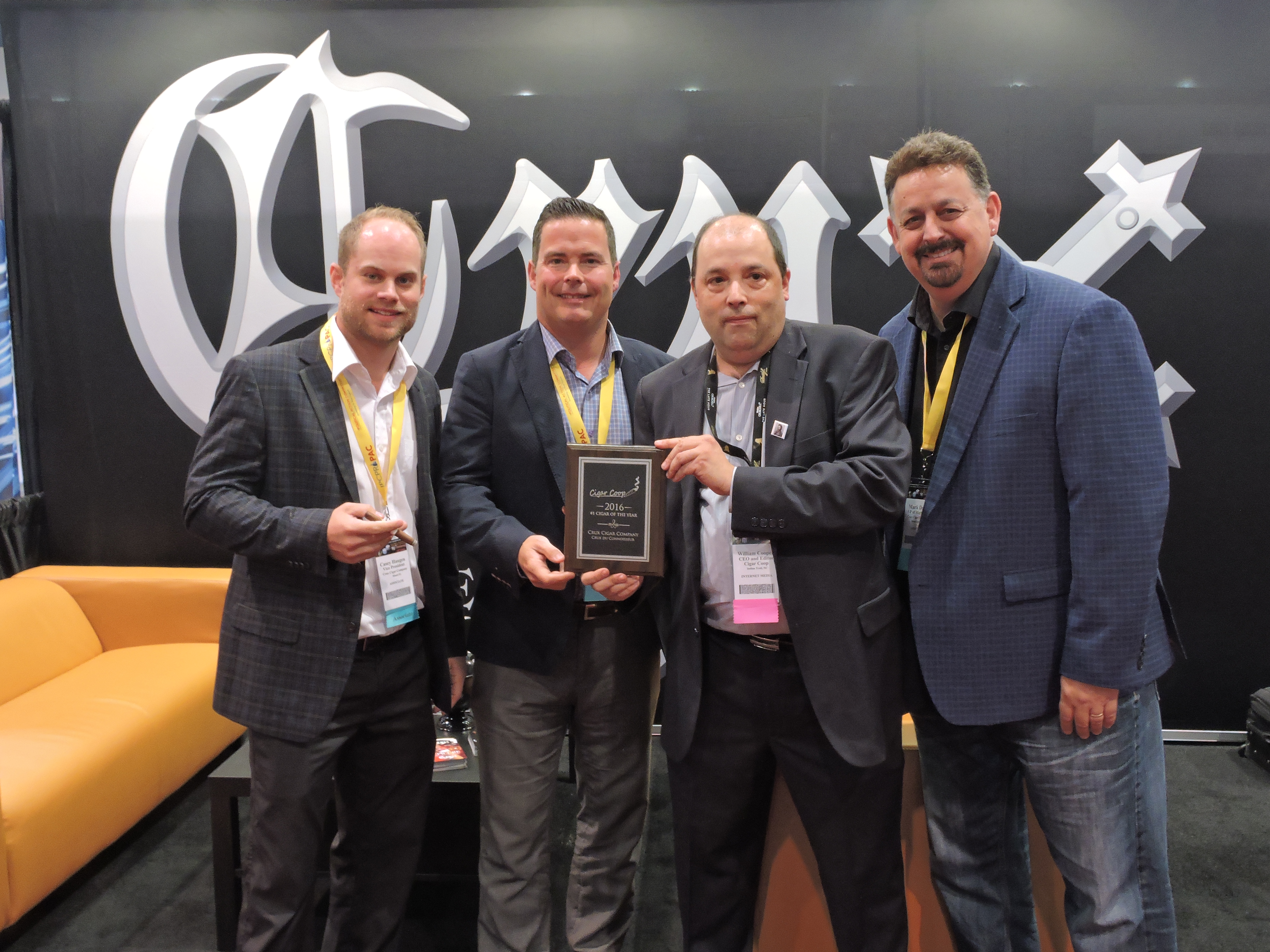 The complete 2016 Cigar of the Year Countdown can be found here.