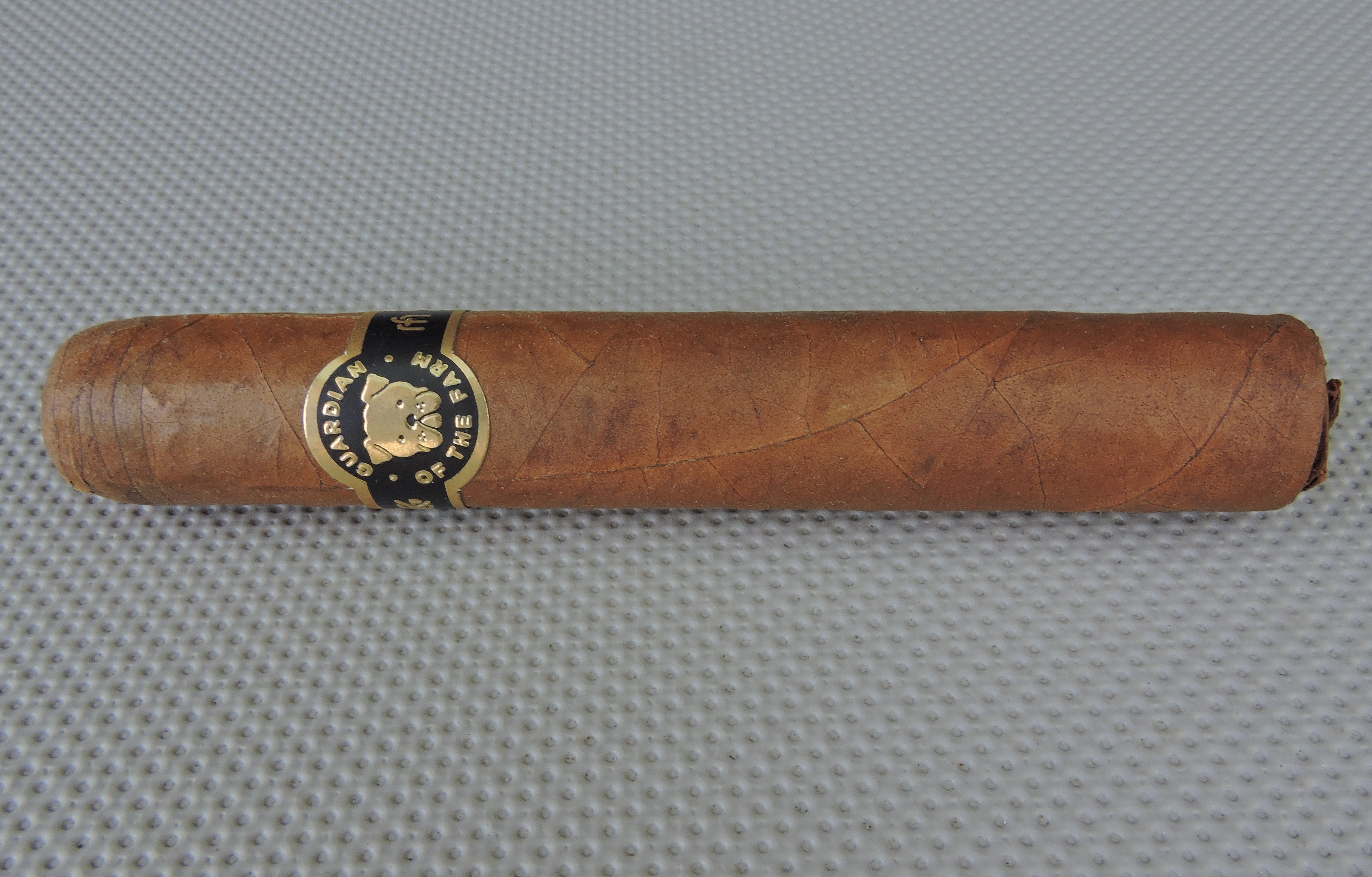 Guardian of the Farm Rambo

Without further ado, let’s break down the Guardian of the Farm Rambo and see what this cigar brings to the table.

The Guardian of the Farm consists of a mix of Corojo ’99 and Criollo ’98 tobaccos grown at the Aganorsa farms in Nicaragua.

The introduction of the Guardian of the Farm Rambo brought the total number of vitolas to four. Each of the four sizes is available in 25-count boxes. The Apollo Seleccion de Warped vitola is a more limited production offering. 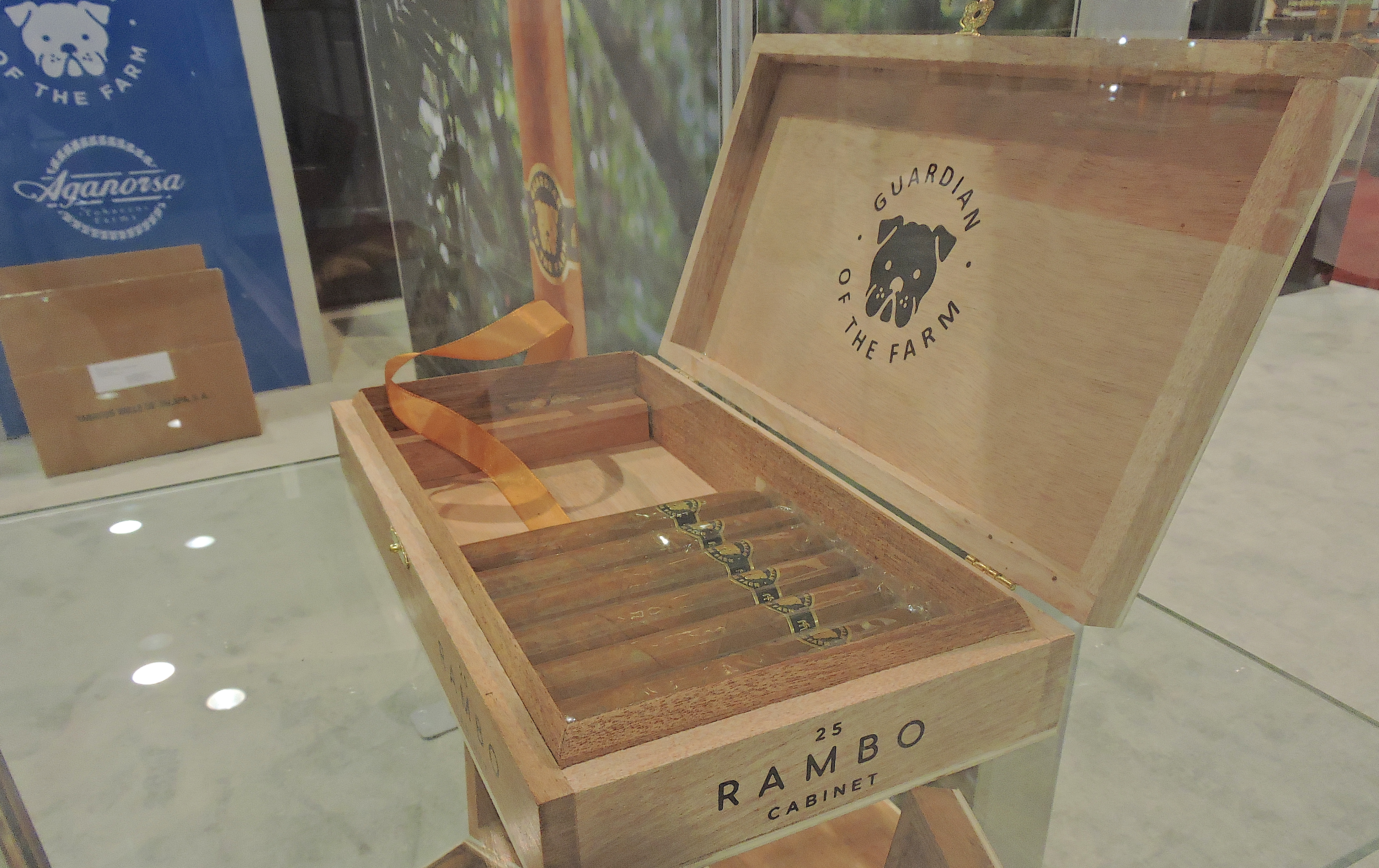 Guardian of the Farm Rambo Packaging

The Corojo wrapper of the Guardian of the Farm Rambo had a medium brown color with a rosado tint to it. Depending on how the light hits it, the tint will vary. There was a light coating of oil on the surface of the wrapper. This was a smooth wrapper with only some thin visible veins and thin visible wrapper seams. The cigar also featured a covered footer 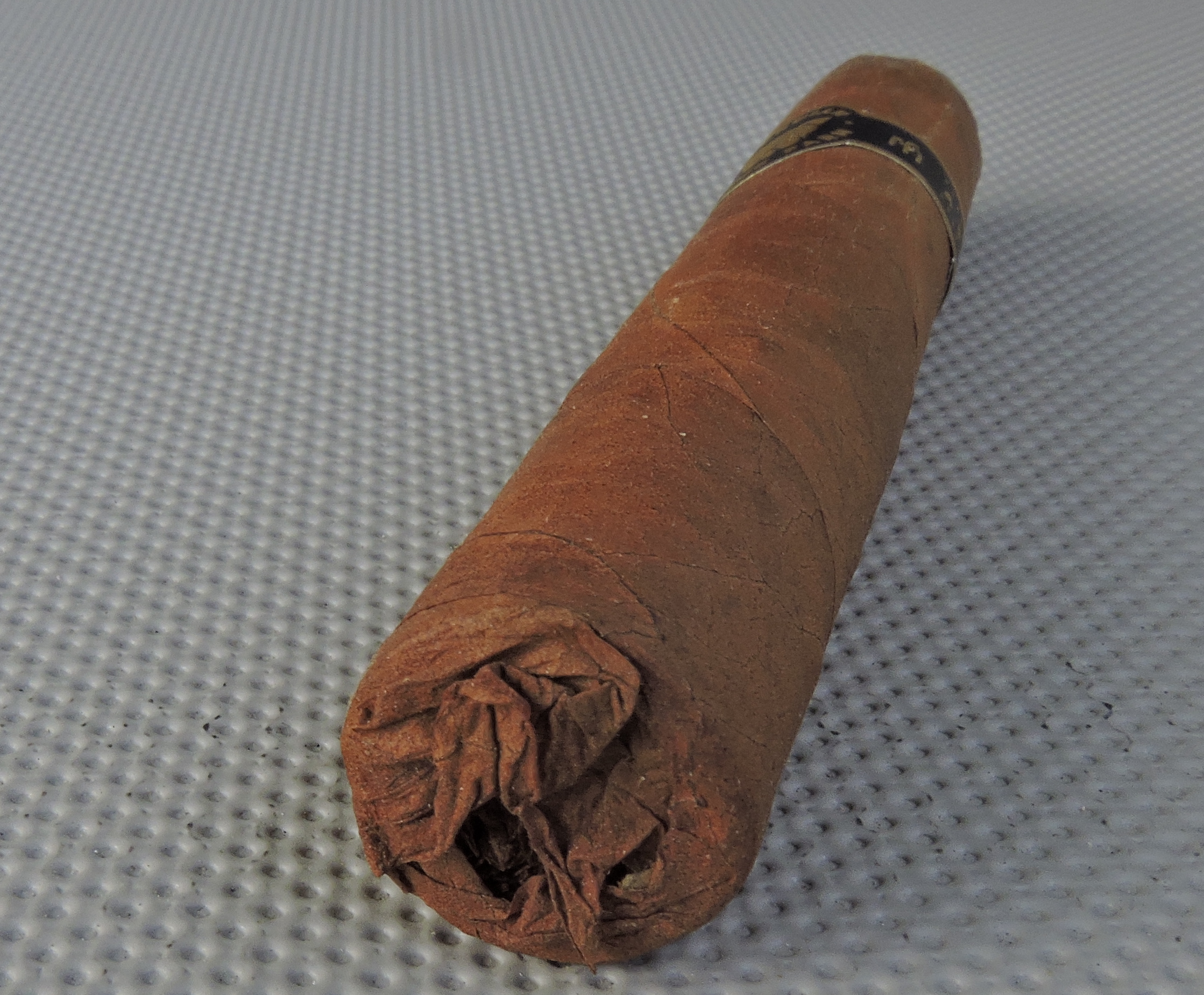 Covered Foot of Guardian of the Farm Rambo

The band of the Guardian of the Farm is black in color with gold trim and gold font. On the center of the band is an image representing a bulldog. Above the image is the text “GUARDIAN” arrange in a curved fashion while below the image is the text “OF THE FARM” – also arranged in a curved fashion. On the left and right side of the band is the text “AGANORSA” surrounded by some additional adornments. The left side of the band has a design representing the initials of Kyle Gellis (KG) while the right side has a design representing the initials of Max Fernandez (MF).

Prior to lighting up the Guardian of the Farm Rambo, I went with my usual choice of a straight cut to remove the cap of the cigar. I then proceeded to the pre-light draw. The cold draw delivered a mix of earth, natural tobacco, and cedar. Overall, I considered this to be a satisfactory pre-light draw. At this point, it was time to light up the Guardian of the Farm Rambo and see what the smoking phase would have in store.

The start to the Guardian of the Farm Rambo continued where the pre-light draw left off as I got more notes of sweet natural tobacco, dusty earth, and cedar. In addition, there was a slight amount of red pepper mixed in. During the early stages, the natural tobacco and earth notes became primary. The cedar notes settled as a secondary note. While the red pepper was in the more distant background, it was quite prominent on the retro-hale.

During the second third, the dusty earth notes took a slight edge as the primary note. Meanwhile, the cedar and natural tobacco remained a close secondary note with the red pepper on the tongue in the more distant background. The early part of the second third saw a subtle citric note surfaced in the background. As the cigar moved past the midway point, I also detected a mineral note. From time to time the mineral note increased in intensity. While the mineral note might seem to be a negative, it actually contributed to the balance.

The last third saw the dusty earth notes remain primary. Meanwhile, the red pepper notes increased,  joining the cedar and natural tobacco as close secondary notes. The mineral note was still present in the background and most of the citric notes had dissipated. This is the way the Guardian of the Farm Rambo came to a close. The resulting nub slight soft to the touch, but cool in temperature.

The burn of the Guardian of the Farm Rambo performed quite well. This is a cigar that had no trouble maintaining a straight burn path The burn line was relatively straight. While there was a little bit of jaggedness from time to time, this really didn’t even warrant additional touch-ups. The resulting ash had a salt and pepper complexion. This wasn’t the firmest ash, but it wasn’t a loose or flaky ash. The burn rate and burn temperature were both ideal. 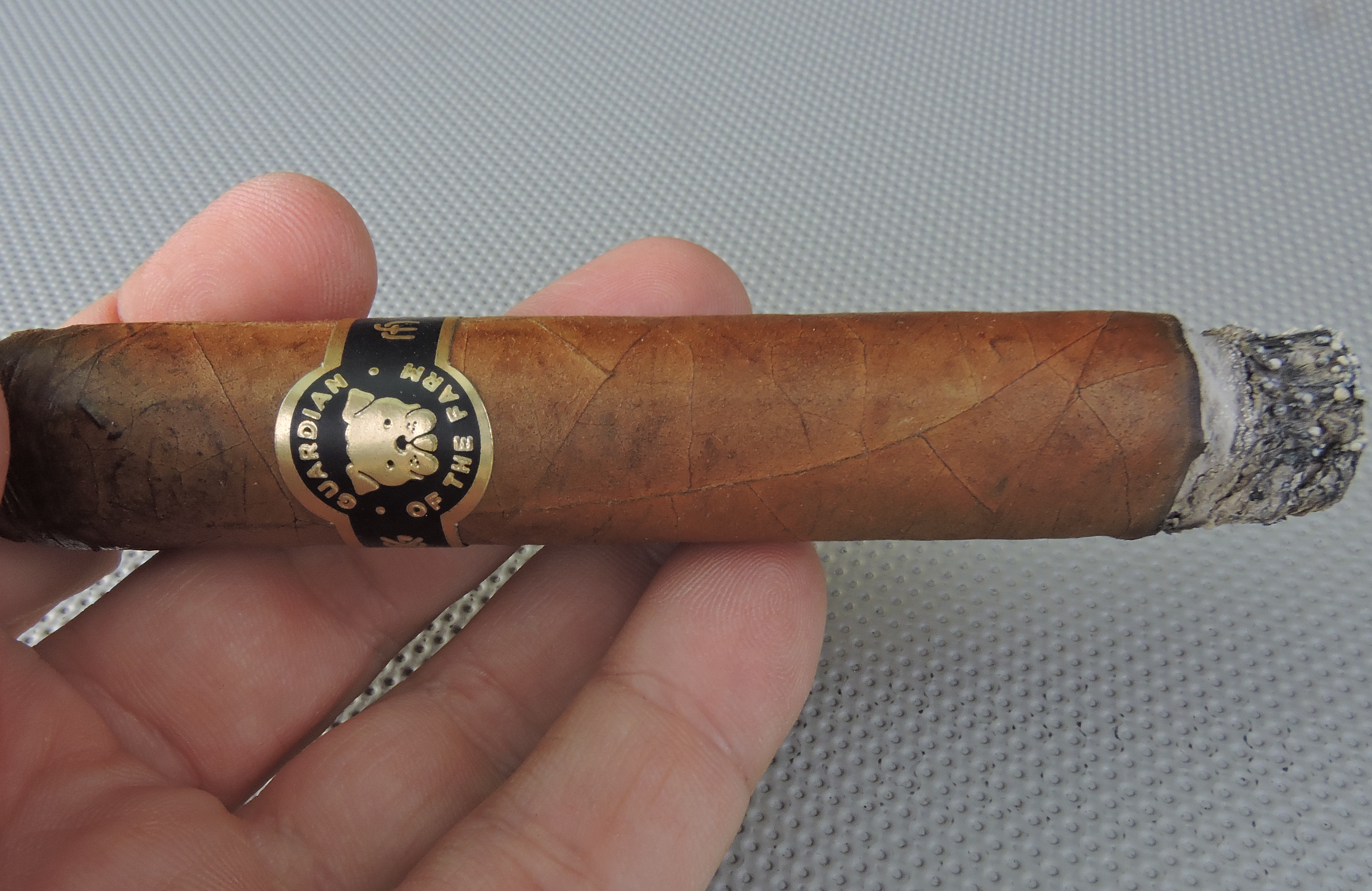 Burn of the Guardian of the Farm Rambo

The draw had a pleasant touch of resistance to it. At the same time, I found this to be a low maintenance cigar to derive flavor from.

In terms of strength and body, I found the Rambo to be a little bolder compared to what I had originally heard about this cigar. This was a cigar that started out medium to full in both strength and body. While I found the strength only increased slightly, I did find the body built in intensity and reached the full range by the second half. In particular, there is a lot of depth on the retro-hale, and I found that contributed to the body.

Looking at strength versus body, I found the body had the edge throughout the smoking experience.

Casa Fernandez and Warped Cigars have one thing in common – both having been consistently making excellent cigars. While Warped Cigars has certainly gotten a lot of attention, Casa Fernandez has flown under the radar.  A couple of years ago, we saw the potential of the collaboration of Kyle Gellis and Max Fernandez when they released Futuro. Now with Guardian of the Farm, the duo has gone to the next level. Guardian of the Farm excelled in the area that mattered the most – flavor. I also found that when it came to delivering the flavors from this blend, the Rothschild-size Rambo vitola is where this cigar shined.

Overall I found this cigar to be a little more geared for the experienced cigar enthusiast. In my opinion, not only is this cigar worth a box purchase, it is worthy of a fighting Chuck Norris for it.