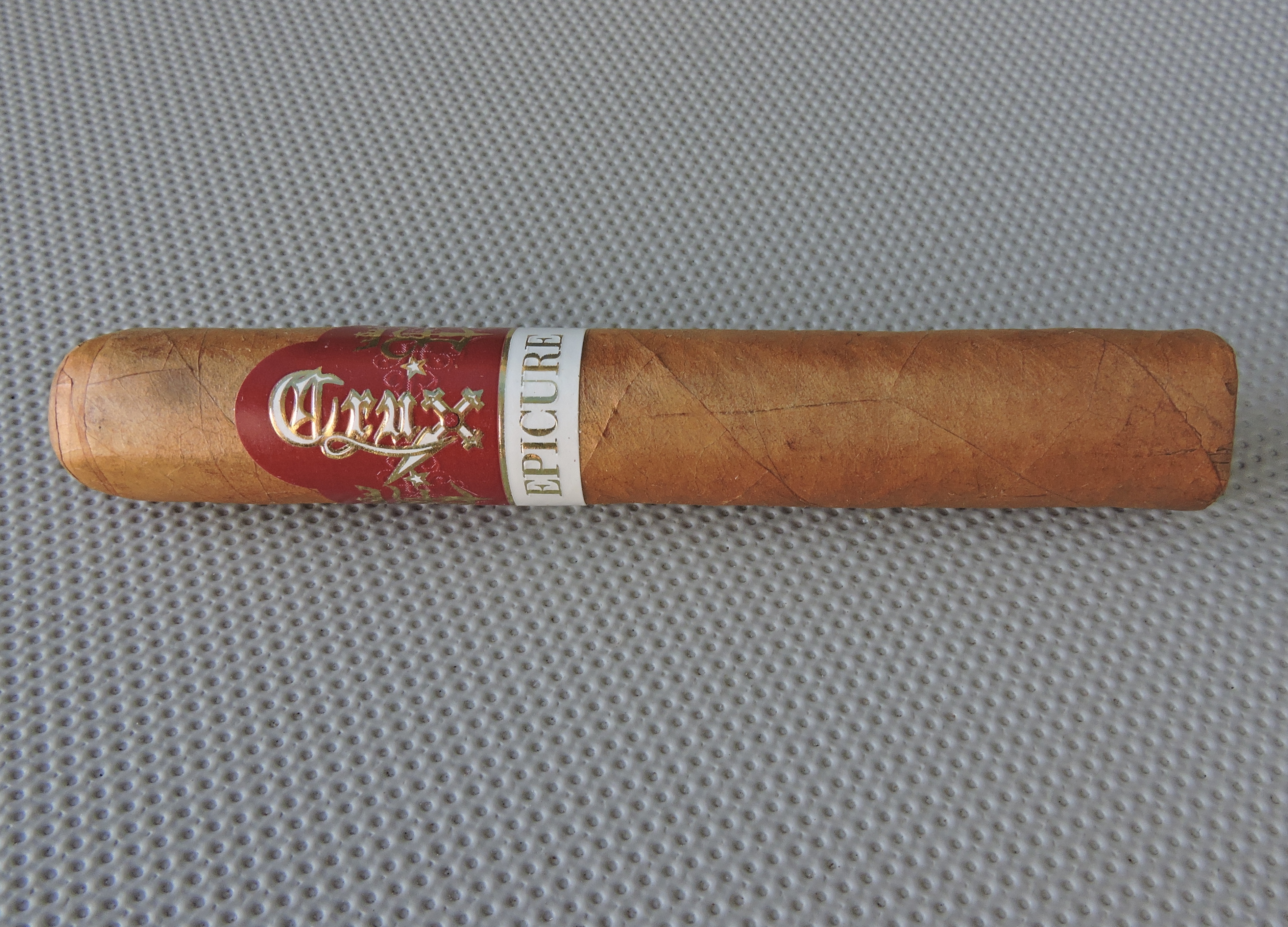 The Crux Epicure is Crux Cigar Company’s ninth regular production cigar to be released. It has been a much-anticipated release for almost a year and a half. Crux Epicure introduces the company’s first Connecticut Shade wrapper offering. The name Epicure refers to “a person who cultivates a refined taste, especially in food and wine”. The Crux Epicure not only brings the company’s first regular Connecticut Shade cigar to market, but it is an offering meant to cater to those who are called epicures. Today I take a closer look at the Crux Epicure in the Robusto size. With nearly an 18-month wait, expectations for this cigar were quite high. Simply put, this is a cigar that exceeds expectations and is a cigar that is nothing short of a home run for Crux.

The Crux Epicure was first showcased at the 2016 IPCPR Trade Show. This was just prior to August 8, 2016 when the U.S. Food and Drug Administration’s (FDA) Deeming Regulations have been put in play. While there was a small release into the market prior to the August 8th date, the actual widespread release was delayed.  The cigar was showcased at the 2017 IPCPR Trade Show and has just begun to make its way to retailers. Crux Cigar Company Vice President Casey Haugen acknowledged some of the delays and was quoted as saying “We have always promised ourselves not to cut corners or compromise in our efforts to blend the best quality and consistent premium cigars. We understand people are anxious to smoke the Epicure, but there have been circumstances that have held up the release.”

Without further ado, let’s break down the Crux Epicure Robusto and see what this cigar brings to the table.

In addition to an Ecuadorian-grown Connecticut Shade wrapper, the Crux Epicure features all Nicaraguan tobaccos for the binder and filler. As with all Crux Cigars, the Epicure is made at the Plasencia factory in Estelí, Nicaragua.

When it was first announced in 2016, the Crux Epicure was to be offered in three sizes. At this year’s 2017 IPCPR Trade Show, Crux announced the widespread launch would contain a fourth size in the form of a Corona Gorda. 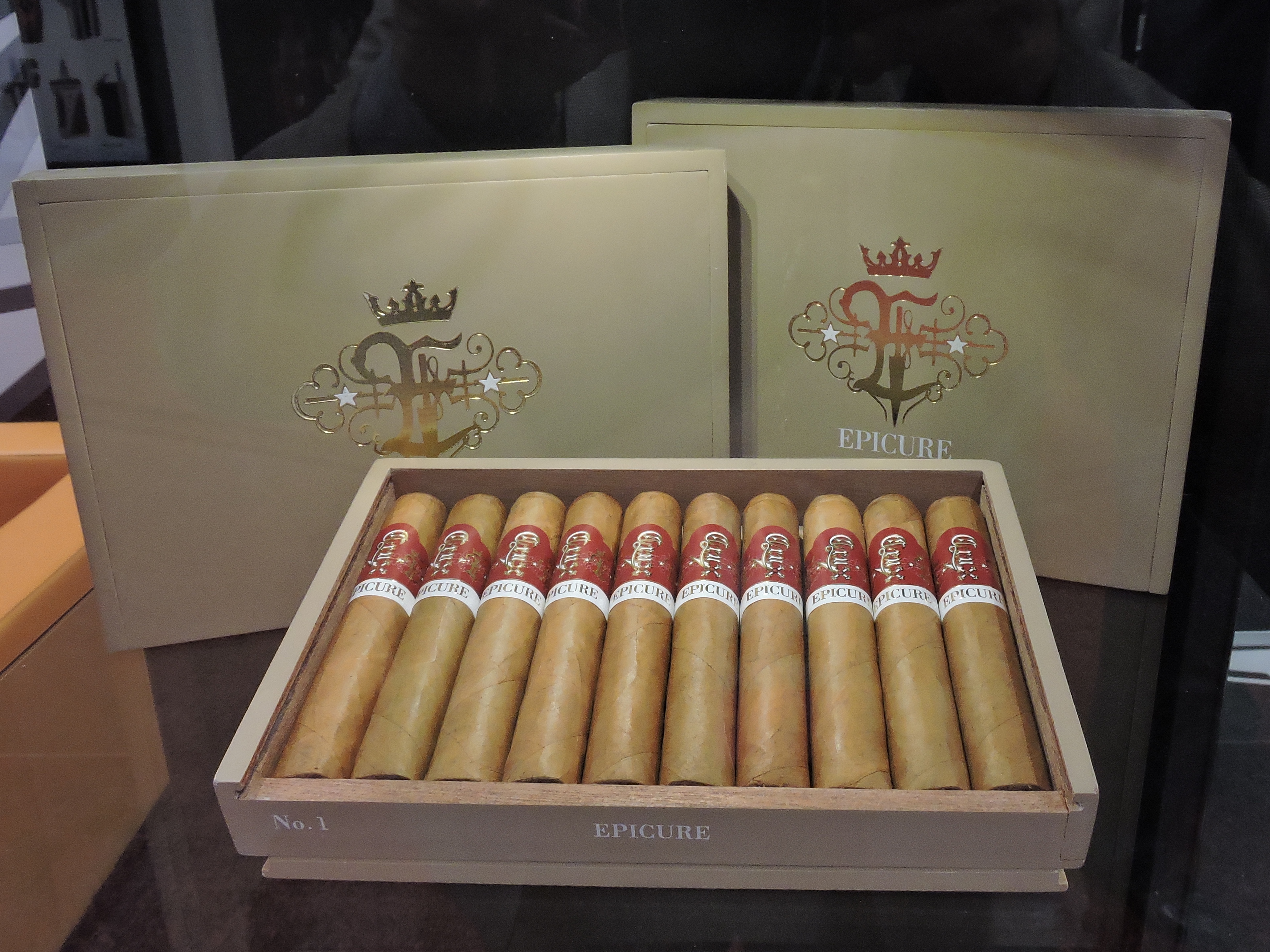 The Connecticut wrapper of the Crux Epicure Robusto had a classic light golden brown color to it. There was also a light coat of oil on the surface. This was a wrapper that was on the smooth side with some thin visible wrapper seams and some thin visible veins.

The band to the Crux Epicure features a red background on the upper portion. On this section of the band is the white colored Crux cigar logo with gold trim in landscape mode. To the left and right was a design that is a combination of a crown, an “E” and a dagger. There were also some gold stars and thin light-colored adornments present as well. The lower part of the band is white text “EPICURE” in gold font. On the far right of the band is a gold and white “crusader-like” dagger.

Preparation or the Cigar Experience

Prior to lighting up the Crux Epicure Robusto, I chose a straight cut to remove the cap. After the cap was removed, I commenced with the pre-light draw ritual. The cold draw delivered a buttery cream note and a slight amount of cedar. Overall, this was an excellent pre-light draw. At this point, I was ready to light up the Crux Epicure Robusto and see what the smoking experience would have in store.

The Crux Epicure Robusto started out with notes of sweet cream, bread, cedar, and a slight natural tobacco sweetness in the background. Early on, the sweet cream and bready notes moved to the forefront. The sweet cream had a vanilla-flavored component to it. The bready notes had a combination of toasty qualities and a touch of sourdough mixed in. Meanwhile, in the background, the cedar sweet-spice and natural tobacco provided some nice complementary notes in the flavor profile. There was an additional layer of black pepper and toast coming through the retro-hale.

By the start of the second third, the cedar notes joined the sweet cream and toasted bread notes in the forefront. The natural tobacco remained in background. Once the Epicure Robusto reached the second half, the cream notes started to diminish and there was an increase of pepper on the tongue.

By the last third, some nut flavors joined the toasted bread and cedar notes in the forefront. These flavors were complemented by the black pepper and natural tobacco. There was still a touch of the sweet vanilla cream in the background. This is the way the Crux Epicure Robusto came to a close. Consistently, each time I smoked this, the nub was firm to the touch and cool in temperature.

The Epicure Robusto had no trouble maintaining a straight burn path. At times, there was a slight amount of jaggedness on the burn line, but this seemed to correct itself and there were many points when the Epicure Robusto had a sharp burn line. The resulting ash was tight and firm with a light gray color. The burn rate and burn temperature were both ideal 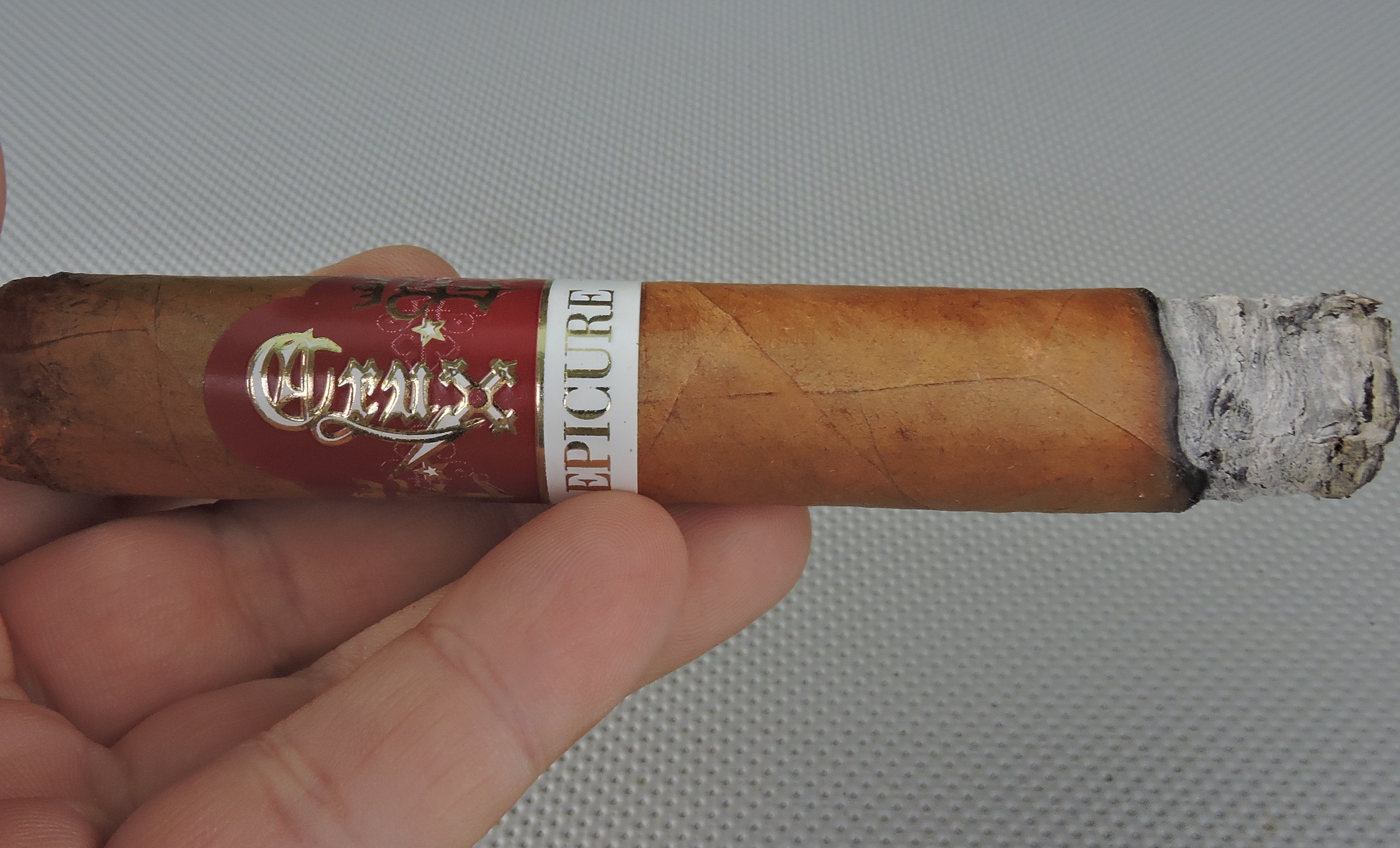 Burn of the Crux Epicure Robusto

The draw to the Crux Epicure Robusto was what I describe as open, but not loose. This was a low maintenance cigar to derive flavor from. I also found this cigar produced a nice layer of smoke.

In terms of strength and body, the Crux Epicure definitely satisfies a need for someone looking for a cigar that is dialed back, yet very flavorful. The Epicure Robusto is a cigar that started out on the upper end of mild to medium for both strength and body. By the second half, the intensity increased just enough to push the levels into the medium range. Both the strength and body balanced each other very nicely with neither attribute overshadowing the other.

It would have been very easy for Crux to release the Epicure months ago, but I give them a lot of credit for waiting until the cigars were just right. Patience truly paid off here as Crux has delivered a home run with the Epicure Robusto. I’m not sure if 2017 is going to be known as the “Year of the Connecticut”, but there have been a lot of very good ones released. The Crux Epicure Robusto definitely stands in the upper echelon of these releases. I loved how this cigar delivered a mix of classic Connecticut Shade flavors along with some differentiating unique qualities. It’s a must try for not only any Connecticut Shade fan, but for any cigar enthusiast – whether novice or experienced. It’s a cigar that after putting it down, I couldn’t wait to smoke another. In the end, it’s one easily worth a box purchase and a fight with Chuck Norris.