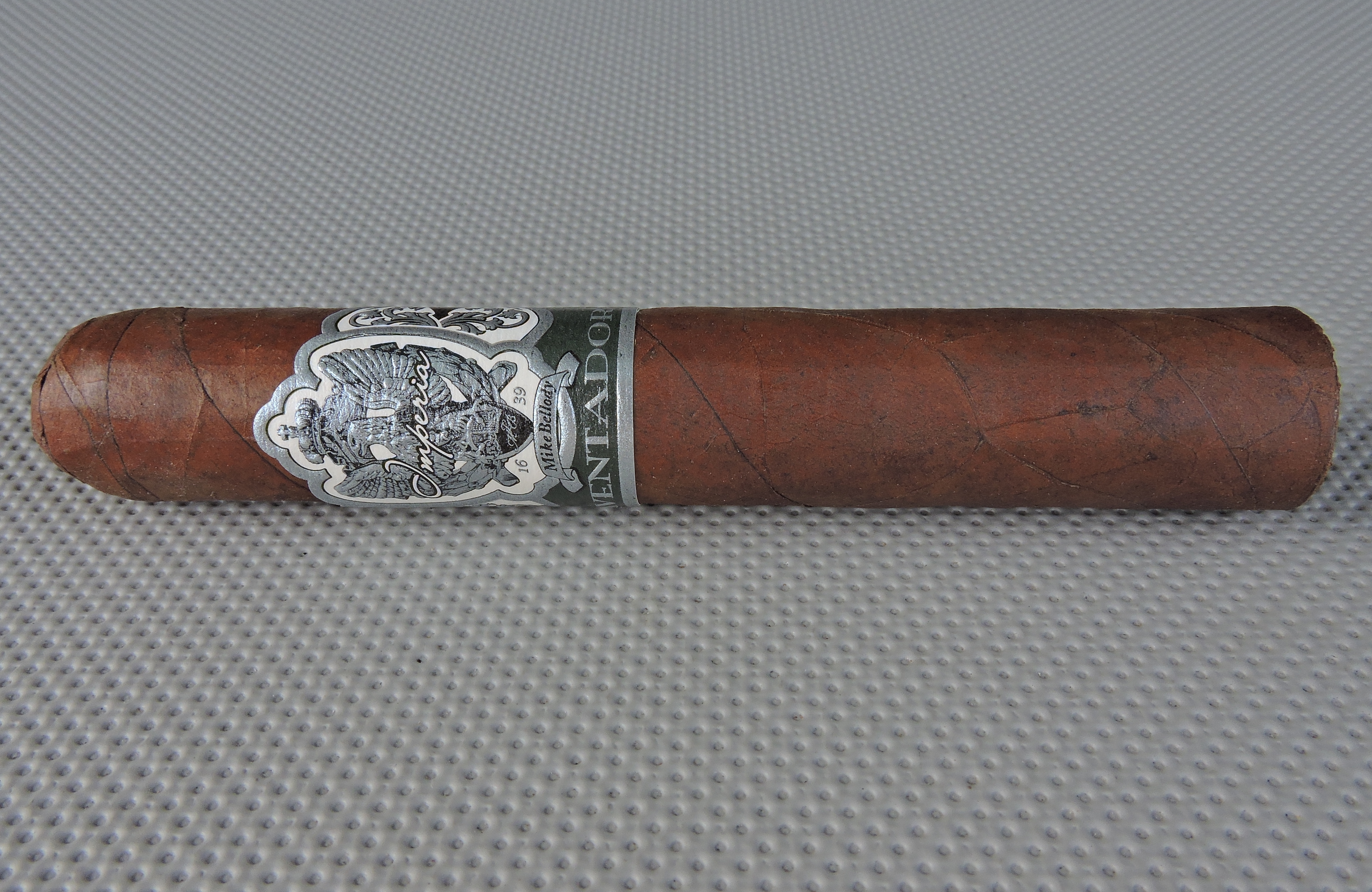 MLB Cigar Ventures currently has two brands in its portfolio. The Imperia brand comes out of the Quesada factory in the Dominican Republic. The second brand, David P. Ehrlich, is made at Tabacalera La Alianza with Ernesto Perez-Carrillo. For the Imperia brand, Bellody took inspiration from the city of Newport, Rhode Island – a place where he likes to spend his summers. While he couldn’t use the name Newport for his cigar, he was able to take the name of Newport’s “sister city” – Imperia (located in Italy).

As for the profile, the Aventador falls somewhere in between the medium strength and body of the original Imperia and the fuller Imperia Islero.

Without further ado, let’s break down the Imperia Aventador Robusto by MLB Cigar Ventures and see what this cigar brings to the table.

The Imperia Aventador features a multi-national blend. It is highlighted by an Ecuadorian Habano wrapper. The remainder of the blend utilizes Dominican and Pennsylvania (U.S.) tobaccos.

The Imperia Aventador is available in five sizes. All are available in 20-count boxes except for the Fundador which is a ten-count box offering. These are the same sizes as the Imperia and Imperia Islero lines.

The Ecuadorian Habano wrapper of the Imperia Aventador Robusto had a strong Colorado red hue to it. This was a smooth wrapper with some oil on the surface. This was also a wrapper that had some thin visible veins and thin visible wrapper seams.

The upper portion of the Imperia Islero band has a white background while the lower 20% is gray in color. The upper portion is highlighted by a silver coat of arms surrounded by some additional silver adornments. Across the coat of arms is the text “Imperia” in a white scripted font. To the lower left of the shield is the text “16” while the lower right has the text “39” – both in dark font (The “1639” represents the year Imperia’s sister city of Newport, Rhode Island was founded). Below the shield is a silver ribbon with the text “Mike Bellody” in dark font. On the left and right side of the band is the text “Hecho a Mano” and “Republica Dominicana” – both in silver font on a small black background. On the lower gray portion of the band is the text “AVENTADOR” in a larger silver font. Finally, the band is finished with silver trim.

As I typically do, I used a straight cut to remove the cap of the Imperia Aventador Robusto. Once the cap was removed, I proceeded with the pre-light draw experience. The dry draw delivered a mix of cocoa, leather, and a slight orange rind note. Overall, I considered this to be a satisfactory pre-light draw. At this point, I was ready to light up the Imperia Aventador Robusto and see what the smoking experience would have in store.

The start to the Imperia Aventador Robusto delivered a mix of white pepper, cocoa, and earth notes.  As the cigar moved through the early phases, the cocoa notes moved to the forefront. After the pepper and earth settled in the background, some nut and orange rind notes joined them. There was an additional pepper layer present on the retro-hale that consisted of a mix of red and white pepper.

Midway through the first third of the Imperia Aventador Robusto, the earth notes moved into the forefront. The cocoa and nut flavors now floated between the forefront and background. Simultaneously, the pepper notes and orange rind remained in the background.

During the second third, the earth notes remained grounded in the forefront. The cocoa and nut now were secondary notes with the pepper. It was during this segment of the smoking experience of the Imperia Aventador Robusto where the orange rind notes morphed into more of a mineral-like note. At times this mineral note became more prevalent than the other background notes, but never took over as the main flavor.

By the last third of the Imperia Aventador Robusto the earth notes were still primary. I was a bit surprised to see the cocoa notes increase in intensity, becoming the most prominent of the secondary flavors. I still detected touches of nut, pepper and mineral notes. This is the way the cigar experience of the Aventador Robusto came to a close. The resulting nub was firm to the touch and cool in temperature.

For the most part, I found the burn of the Imperia Aventador Robusto to be a low maintenance one. This was a cigar that had no trouble maintaining a straight burn path and was not prone to meandering. There was a slight bit of jaggedness on the actual burn line, but I didn’t find this resulted in any additional touch-ups. The resulting ash was tight and firm with a nearly white color. As for the burn rate and burn temperature, both were ideal. 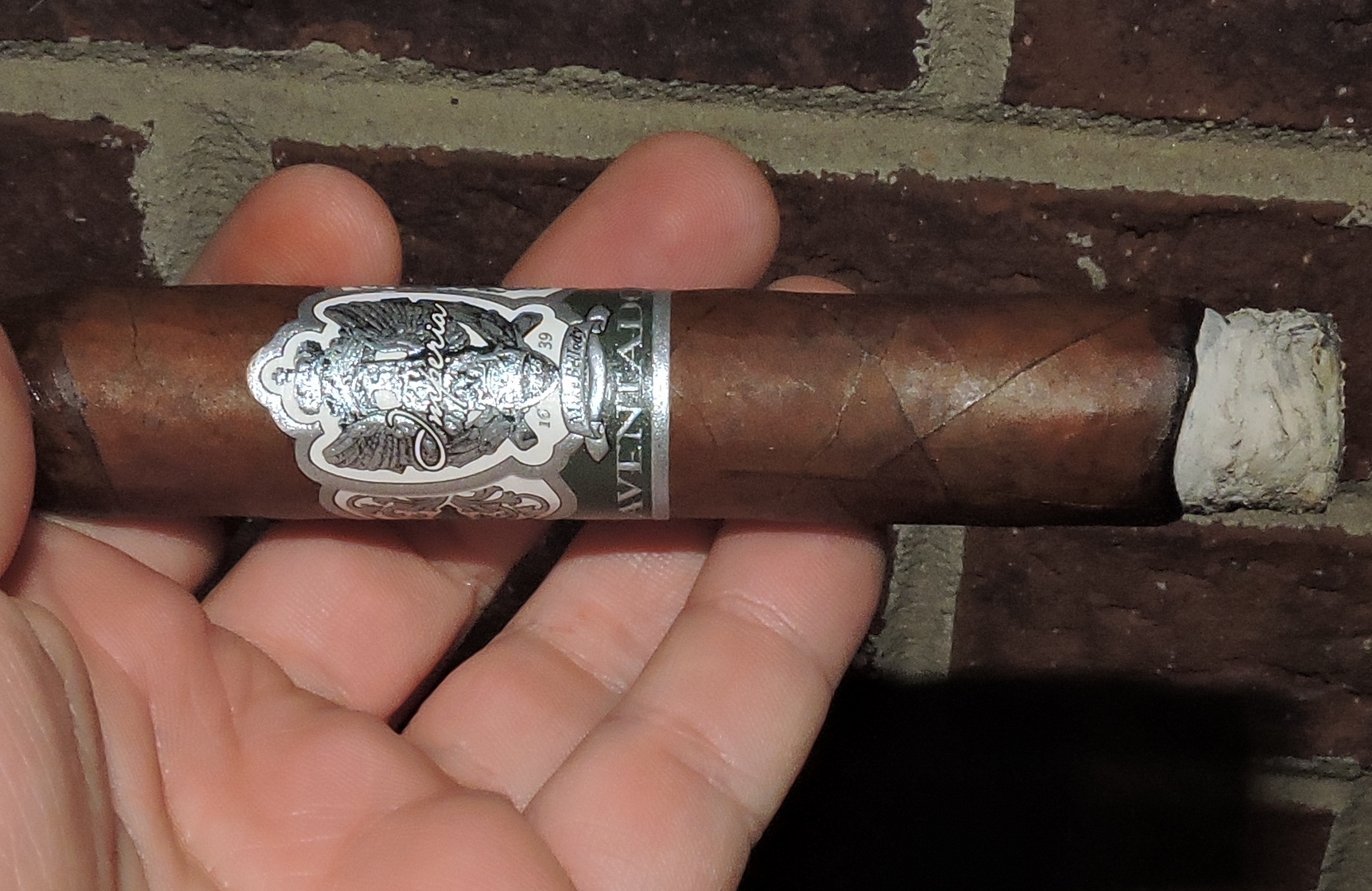 Burn of the Imperia Aventador Robusto

The draw to the Imperia Aventador Robusto had a slight amount of resistance to it. This is something I like on my draw. There also was some nice smoke production that came from this cigar.

Throughout the smoking experience, I found that the body had a slight edge over the strength.

Overall I found the Imperia Aventador Robusto to be an excellent cigar. Where I found this cigar really shined was during the first and last thirds. It was during the second third where I seemed to pick up more of the Pennsylvania tobacco as the mineral notes started to get more prominent, but in the end, it never got overwhelming. While certainly not as strong a cigar as the David P. Ehlrich or Imperia Islero offerings, I still found a lot of depth with the flavors of this cigar – and this it worked in favor of the Imperia Aventador Robusto. This is a cigar I’d still recommend to a more seasoned cigar enthusiast, but it’s also a nice cigar for a novice to “graduate” to something bolder. As for myself, this is a cigar I’d smoke again – and it’s one worthy of having multiples in the humidor.